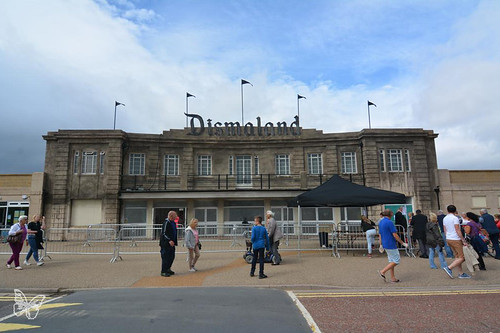 We take a closer look at the Banksy artworks featured at the ‘Dismaland Bemusement Park’ (covered) that opened officially this week end in Weston-Super-Mare.

The Ice Cream van (first seen at the Bristol Museum exhibition in 2009) is back.

Ten new pieces are featured in the show including a woman attacked by seagulls, a killer whale jumping out of a toilet seat,  a butcher on a merry-go-round with a hanging horse dripping blood next to boxes of lasagne ( nod to the 2013 horse meat scandal). 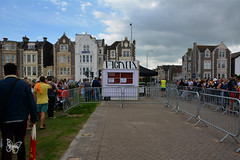 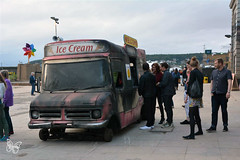 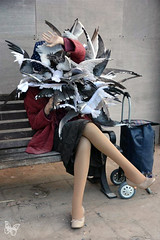 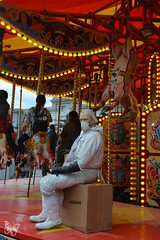 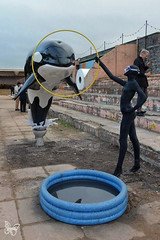 Within the gallery space new artworks include a canvas featuring a revisited version of the Creation of Adam, the hand of God being replaced by the Devil. In the fireplace we recognise a familiar image of the spraycan candle,  tribute to King Robbo (as seen in the streets of London in 2011).  A seaside painting shows a mother and child playing on the sand unaware of the tsunami of detritus coming to them. Banksy continues his animatronic series that we much enjoyed at the Bristol Museum (2009), with an animated rabbit that took control and made the magician disappear from the circus tent. 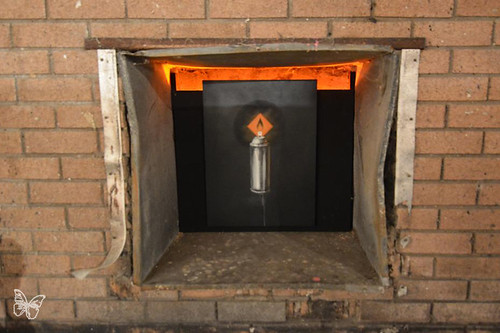 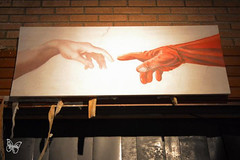 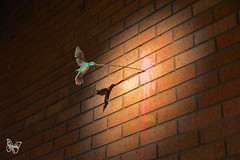 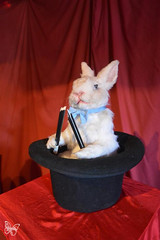 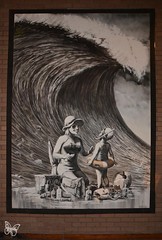 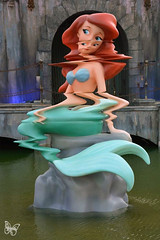 Banksy also created some pieces relying on the participation of the audience while highlighting political and environmental issues. Local families visiting the park were confused with the Mediterranean Boat Ride, as  the public could drive robotic boats of migrants amongst dead floating people. Kids were desperately looking for disappearing golf balls on the impossible Mini Gulf course or playing at ‘ Fish a Duck’ drown in oily waters. We also see the return of the Pier Pressure / Dolphin Ride ( protest against BP’s 2010 Deep Horizon oil spill ) and the Dance of Death (seen in BOTI). 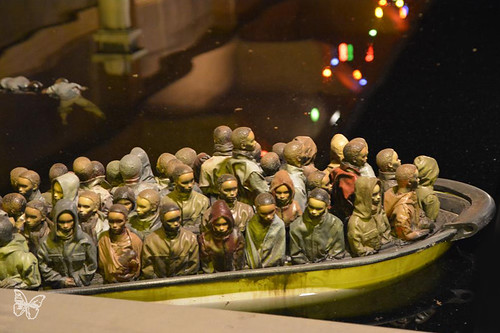 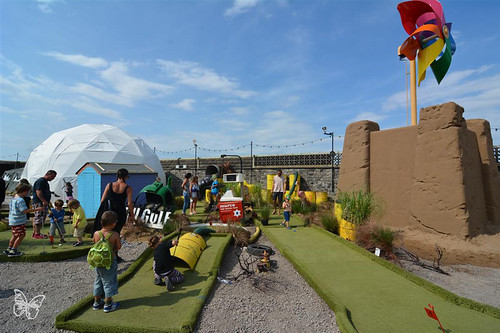 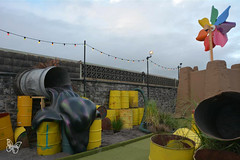 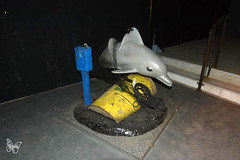 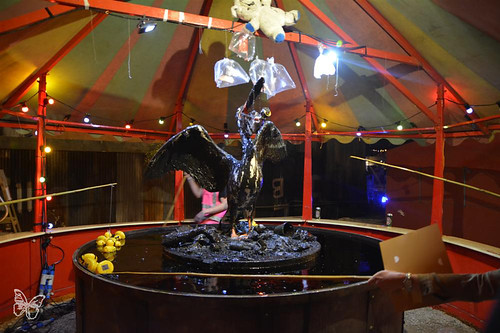 Banksy plays with placement in this new stencil where a woman is showering while kids are peeping through the steel curtain. 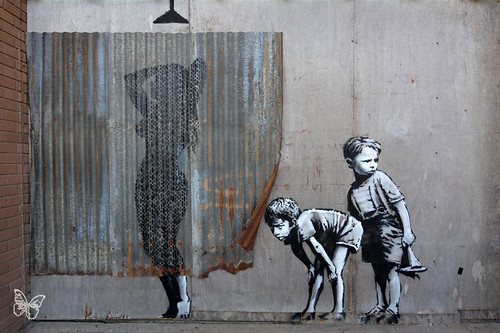 A billboard falls down due to the weight of a fat cat having diner while his wife and kids are still standing and waiting. 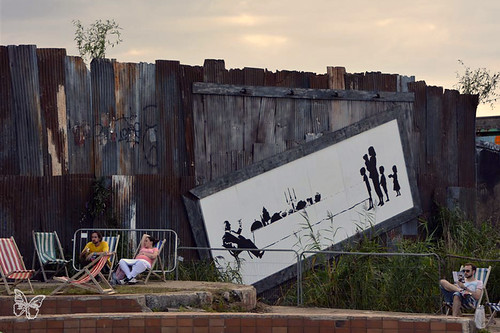 Surrounded by murky water with a dumped riot van transformed into an impromptu water fountain, a decrepit fairy-tale castle ‘shows how it feels to be a real princess’: a sinister Cinderella pumpkin crash sculpture is lit up by the swarm of paparazzi, with flashing cameras taking photo after photo of the tragic crash scene echoing Princess Diana’s death. And you can pose and have your souvenir photo. Truly depressing. 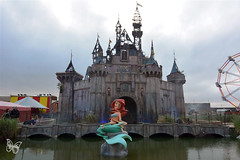 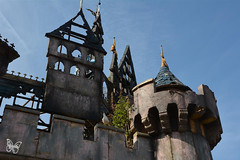 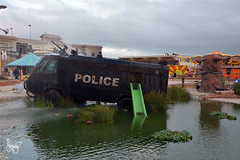 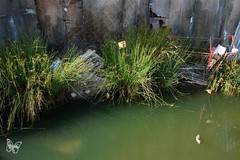 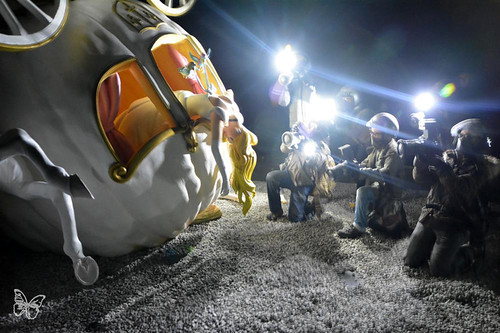 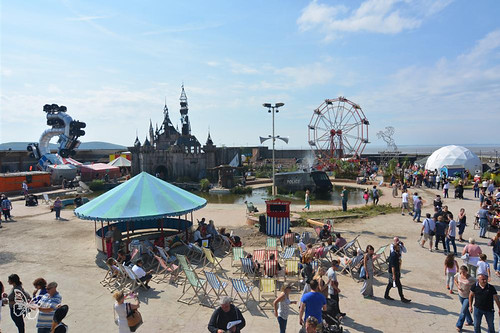 Check back for further updates on Dismaland

This entry was posted in Festival, Shows, Weston Super Mare. Bookmark the permalink.