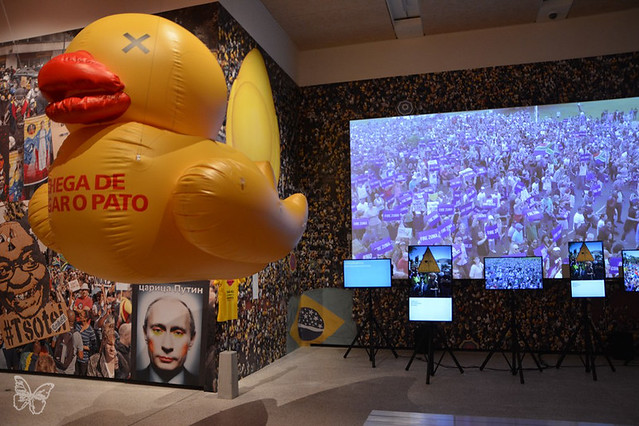 We are pleased to be part of the latest exhibition at the London Design Museum ‘Hope to Nope – Graphics and Politics 2008-18′.

Design can influence public perception, but great design can change it. From campaign designs to protest symbols, ‘Hope to Nope: Graphics and Politics 2008-2018’ explores the impact of graphic design in political and social movements over the last ten years.

Alongside traditional posters and banners, the exhibition charts the rise of digital media and social networking, which have given graphic iconography an extraordinary new reach.  The political events featured include: the 2008 financial crash; the Barack Obama presidency; the Arab Spring; the Occupy movement; the Deepwater Horizon oil spill; the Charlie Hebdo attacks; Brexit and Donald Trump’s presidency.

The exhibition is structured in three distinct sections: power, protest and personality – which explore how design is used in politics to change public perceptions.

‘Power‘ starts off with the Obama campaign’s unofficial, but hugely popular, ‘Hope’ poster by Shepard Fairey, which is later compared to the failings in the design of the Remain campaign’s materials. It also features examples of Brandalism subverts advertising posters from 2015 Brandalism ad takeover in Paris (covered) with VW spoof ad by Barnbrook and Curfew Zone by Dr.D. 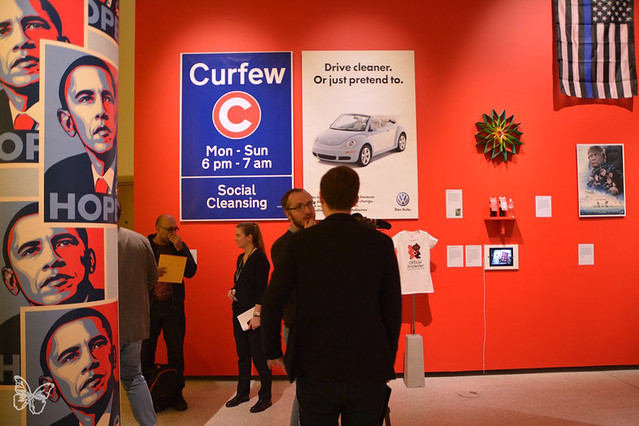 Regarding UK politics, the Power section highlights the Union Jack flag made with fragile tape by Sarah Boris, which was featured during several marches against Brexit in 2016 as well as designs from the RemaIN campaign. 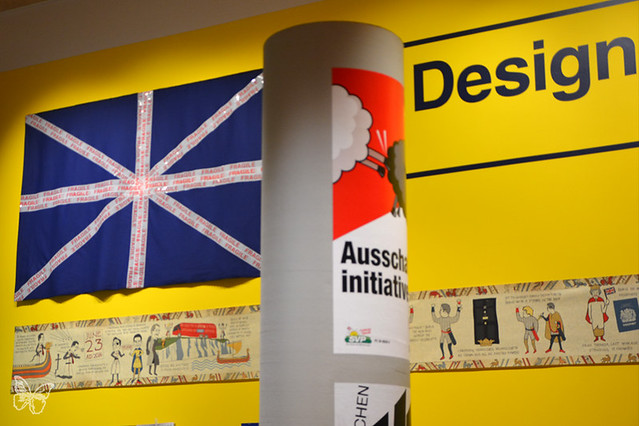 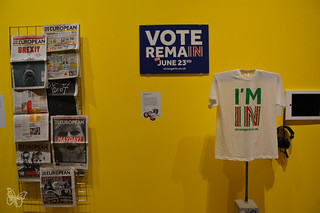 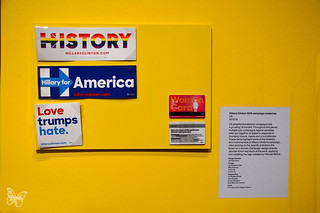 Examples show how graphic design is used by the establishment to assert national and political authority like the Hillary Clinton presidential campaign, or used by its opponents like Soviet posters which were turned into a gay rights campaign and Dread Scott’s flag in support of the Black Lives Matter movement. 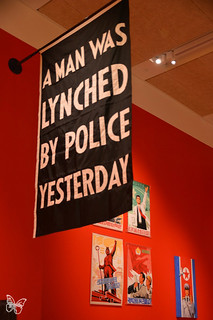 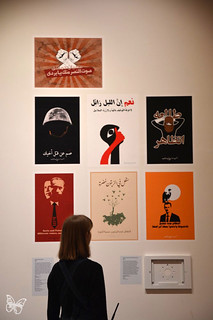 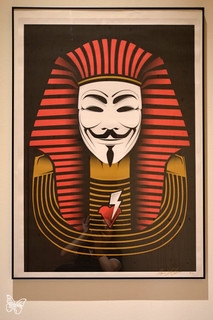 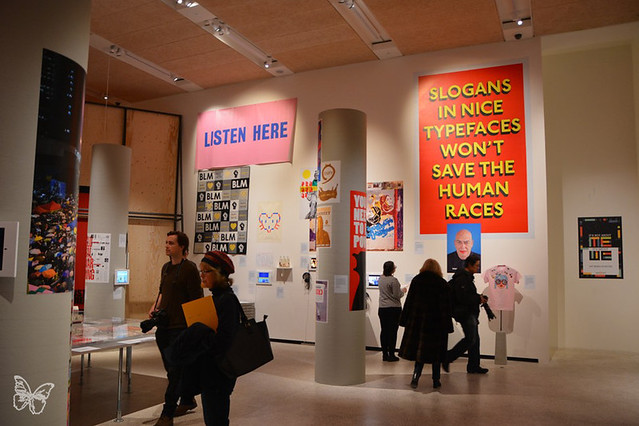 A large graphic timeline dissects the gallery, charting the role of new communication technologies such as Facebook and Twitter in global events of the last decade.

Protest displays graphic design by activists and demonstrators. The largest section in the exhibition, it includes newspapers from the 2011-12 Occupy London camp, an umbrella used during the 2014 Hong Kong ‘Umbrella Revolution’ and a 2m-high replica of the inflatable duck from the 2016 protests against Brazilian president Dilma Rousseff. This section also looks at the 2015 Je Suis Charlie and Peace for Paris marches, as well as responses to the 2017 Grenfell Tower disaster with the 24 hearts initiative by Sophie Lodge, demonstrating the important role played by graphic design in channelling anger and creating solidarity. 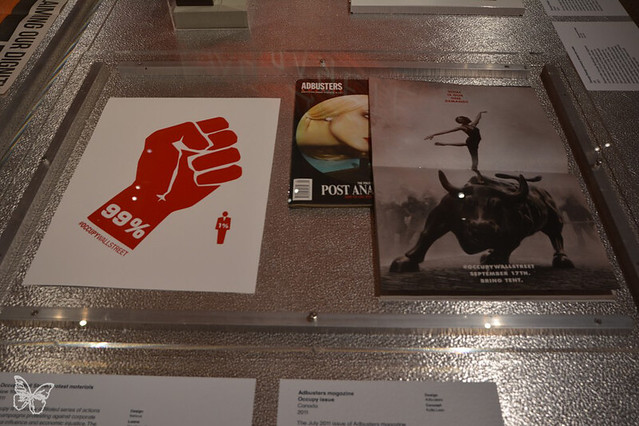 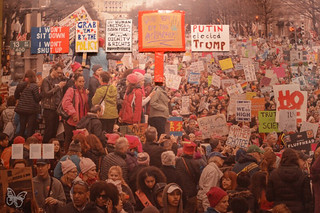 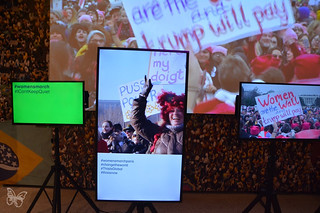 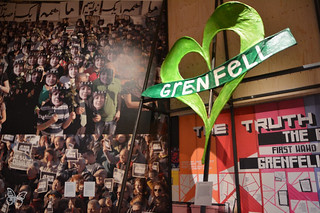 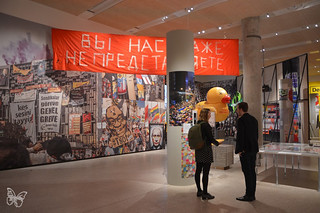 An installation film by Paul Plowman evokes the experience of public protest, combining hastags, forage and images from five protests : #womensmarch,  #grenfell, #turkey, #catalonia, and #southafrica. These demonstrations cover diverse political viewpoints, from fighting for democracy to calling for justice, and emotions ranging from solidarity to fierce anger.

The final section, Personality, examines the graphic representation of leading political figures. Donald Trump’s trademark features are caricatured across the covers of more than 50 international magazines, including The Economist, TIME and Der Spiegel. 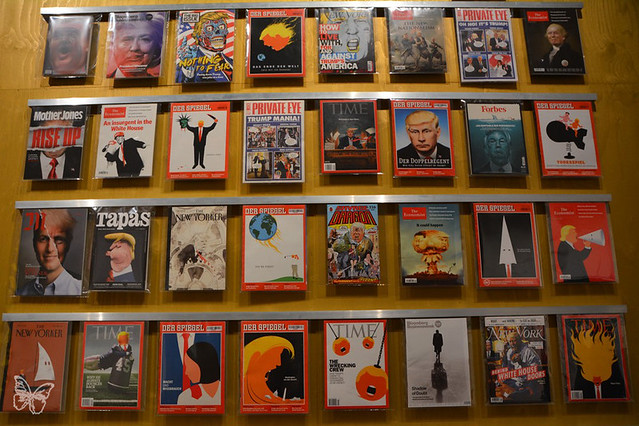 As we approach the ‘Nope’ of the exhibition we are faced with a scary and entertaining animation: an animatronic (mis)fortune telling machine tells and distributes messages by the new US President. This is the work by Nathaniel Lawlor, Andy Dao, Jon Barco and Bryan Denman.
‘With the over-saturation and bombardment of Trump in the news cycle, we saw how easy it was becoming for people to tune out the banter of these soundbites and Facebook headlines, so we thought—what better way to remind people of their gravitas than by showing them this could be their actual future?” 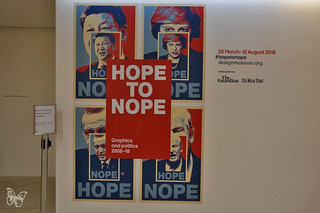 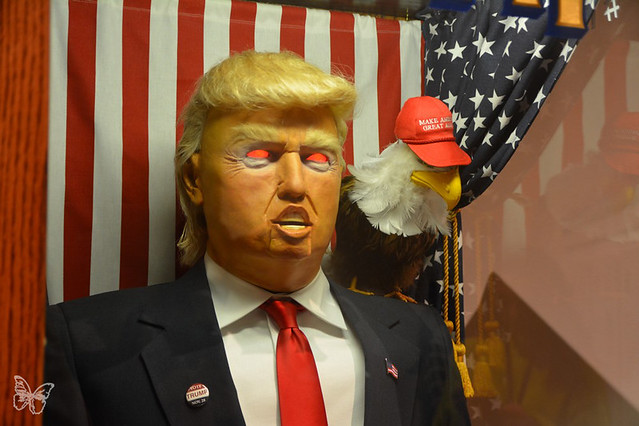 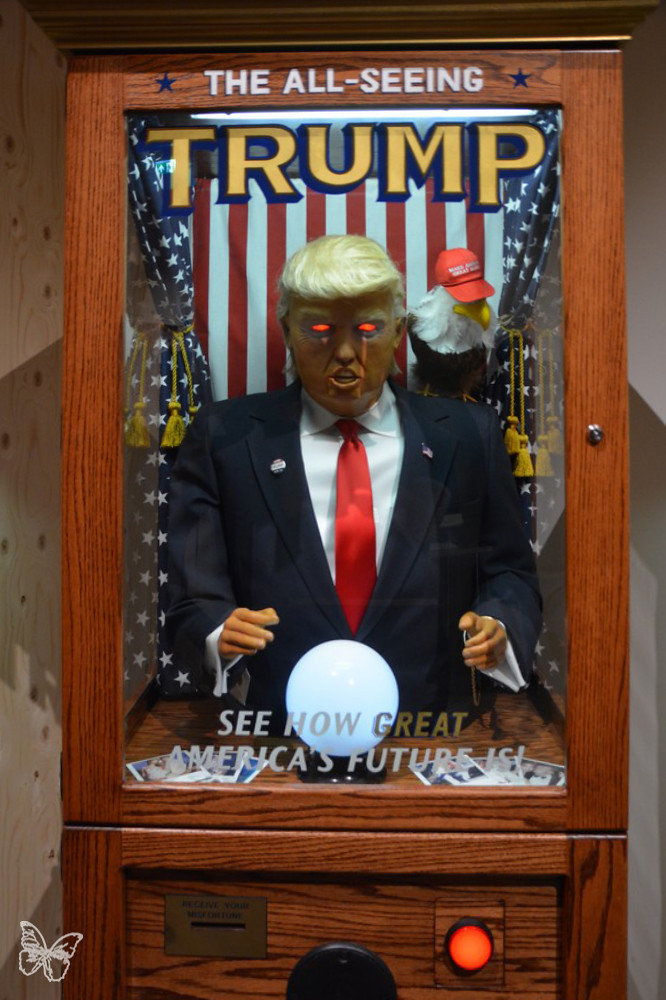 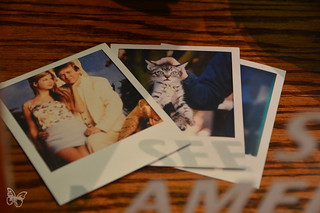 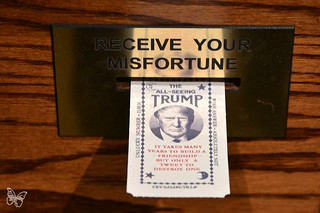 This entry was posted in London, Shows and tagged Design, Hope to Nope, London, Museum. Bookmark the permalink.
%d bloggers like this: