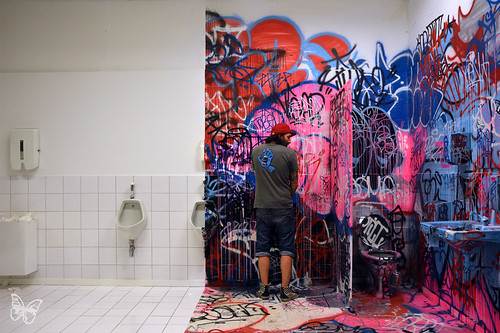 While at the Nuart Festival 14 in Norway, we caught up with French graffiti artist Tilt for a few questions…

Where does your artist name come from?
I started painting graffiti in 1988 in Toulouse. A graffiti writer named Declic (which means to click) was the person who inspired me select my name Tilt, which means in French an A-Ha / Eureka moment. And Declic’s partner 2Pon became my mentor.

Any reasons why you prefer to use bubble letters in your work?
During 15 years I did Wild Style graffiti, influenced by NY kings, and mastered the lines and techniques. However at night I would go out and enjoy painting some throw-ups and bubbles letters spontaneously. So I decided to move towards bubble letters, even through I got lots of backlash at first.

Graffiti has its own language and secret codes, and it takes years to understand it. I love the simplicity and curves of the bubble letters, and love the fact that using the alphabet you can incorporate them and create any portrait or image with many messages. 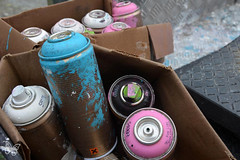 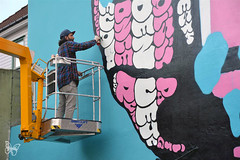 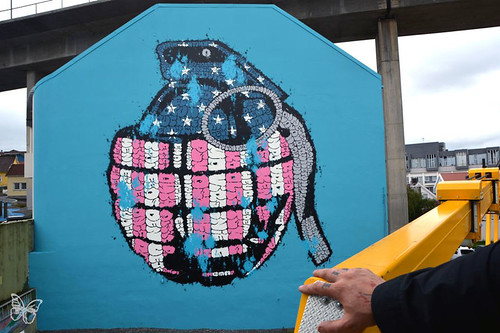 Can you tell us about your Flags project?
Well it’s is an ongoing one, every country I visit I leave a local Tilt flag. Sometimes it can be like a thank you for the people I met but most of the time it s just the idea to ” leave my mark on society and not in society.” I hope to complete all the country flags during my lifetime. 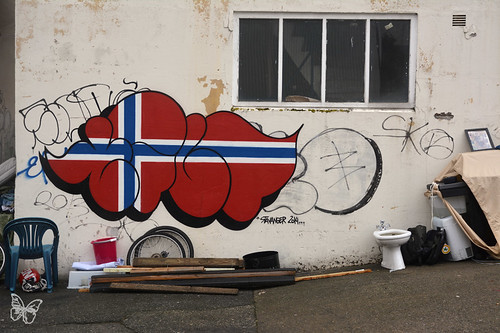 Street art or graffiti?
I’m a graffiti artist at heart. I enjoy doing illegal throw-ups in the streets, the freedom, the adrenaline, put flops everywhere I can just to promote the pure essence of graffiti. 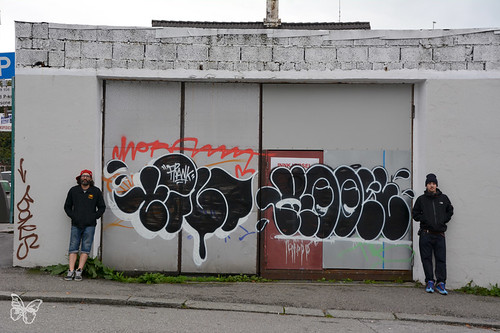 A recent “Street Art’ collaboration with French graffiti artists and Monoprix (equivalent of Tesco in the UK) caused quite a controversy in France. What is your reaction towards collabs with brands?

It has always existed. But it depends on the product/brand, some of the end products do not look great, but the overall aim to make it accessible and affordable to the wider audience is acceptable. I would consider what could be accessible to my mum, so in this case she would be able to afford a customised product from Monoprix rather than a Louis Vuitton scarf. But more importantly it’s the legitimity of the brand to do such collabs, specially in 2014. Using Graffiti and Street Art for any kind of purposes is quite depressing and overwelming.

What do you think of the rise of the muralism?
Even though more and more people tend to assimilate Street Art to muralism, it is a good thing that Public Art is evolving and growing into multiple directions as it is gaining more acceptance from the general public as an art form. Muralism is mostly based on legal support from cities and festivals, but graffiti is my core passion so I will continue to promote it.

What did you do for the NuArt Festival?
I enjoyed the NuArt Festival because you get to meet different kinds of international artists from activists to muralists and the NuArt team is also an exceptional family. Big up to Martyn, Sofy, Maiken, Tor, Vegar, Leon, Nina, Luam & Epifany, Frank & Rashid, Einar, Trym, Ken and Si.

For the outdoor part I painted a huge grenade with bubble letters.
I like to present objects or items that are instantly recognisable, but at the same time contain a series of hidden personal messages through the bubble letters. The viewer will look at it, find an immediate connection and then discover maybe another layer or two, and then realise there are a lot more. That’s what graffiti is about, coded messages. 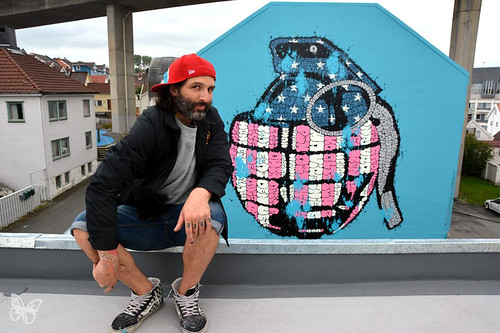 For the indoor installation I recreated my panic room, this time a panic bathroom. People usually don’t want to look at tags, drips, it’s dirty, it’s what they call vandalism, they tend to look away etc.  Same for the bathroom, you go there because it’s a need, not necessarily because you enjoy it.

In this installation the public is facing my schizophrenic sides: the balance between the clean and structured element and the out of control, colourful, dirty dripping elements of graffiti. Is this art? For me yes. 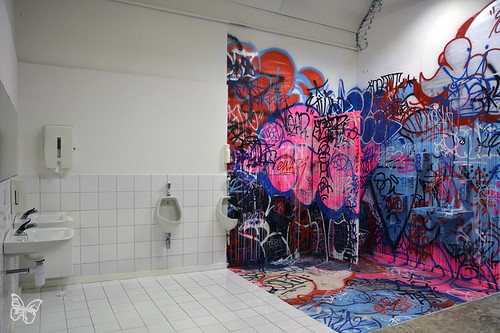 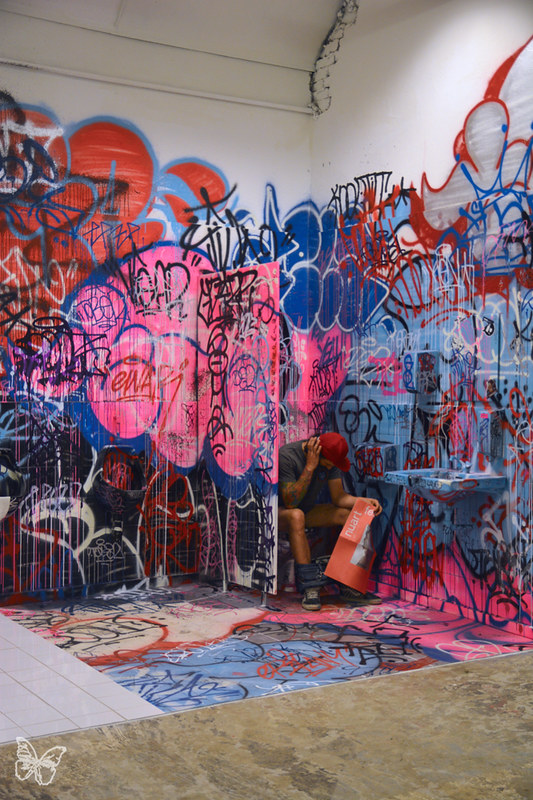 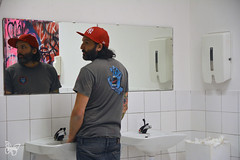 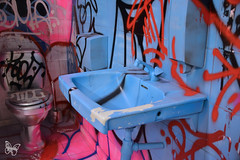 View the full set of pics from Tilt in Norway here

I was fortunate to visit French graffiti artist TILT in his studio in Toulouse as he prepared for multiple shows in London at POW, Singapore and Manila, and to follow him across the streets. When not painting graffiti on naked “bubble girls” across the world, the self declared “graffiti fetichist” leverages his fun and colourful bubble letters to represent iconic portraits, shoes and flags.

Following Tilt in the streets while he put his trademark throw up, and again in London for a massive Union Jack mural consisting of the lyrics from the Sex Pistols “Anarchy in the UK”.