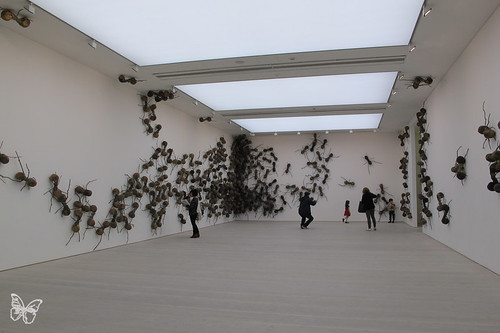 Columbian artist and sculptor Rafael Gómezbarros has brought his army of giant ants to Saatchi Gallery. Titled “Casa Tomada”, (Seized House), the ants represent the displacement of columbian peasants due to war and strife. Spreading aggressively over all the walls, these 2 feet sculptures made of fiberglass are taking power .

Gómezbarros previously deployed his legion of ants onto historical buildings such as Quinta de San Pedro Alejandrino – the haçienda where Simón Bolívar spent his final days – as well as Barranquilla’s customs building.

Ants being usually associated with hard labour and a complex social organization are turned into phantasms of the disappeared, ghost like figures that have acquired the capacity to take over national monuments. 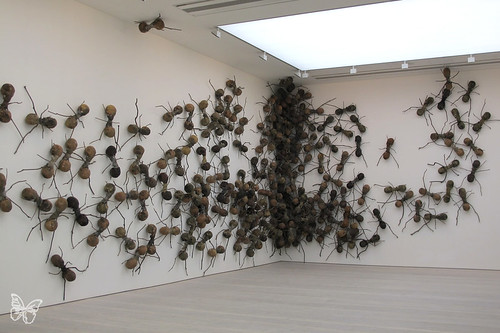 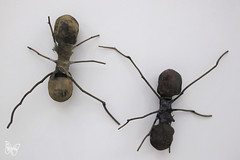 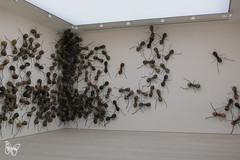 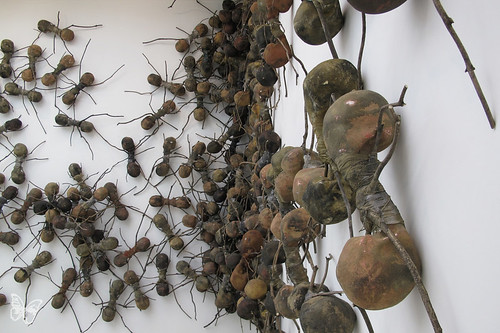 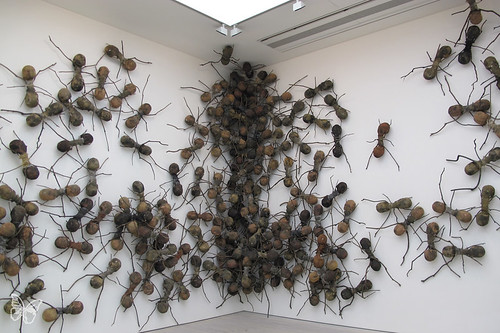