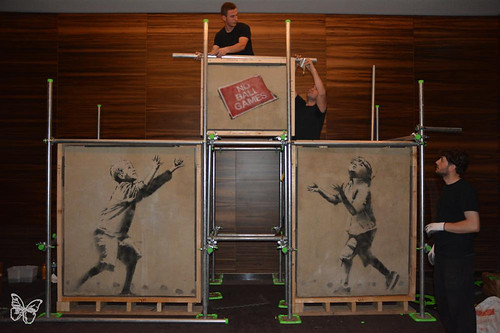 This week end takes place an exhibition called Stealing Banksy featuring pieces that have been removed from the streets to be sold at auction.

The event organisers  claim that “the Sincura Group do not steal art, nor do we condone any acts of wanton vandalism or theft. We have never approached anyone to remove any artwork or encouraged its removal. We do not own the pieces of art. To date we have made no financial gain from the sale of any street art.”

To view the exhibition tickets costs between £17.50 to £200 per person for corporate packages, with a portion going to Nelson Mandela Charity.

On his website, Banksy statement is clear and also tongue in cheek: 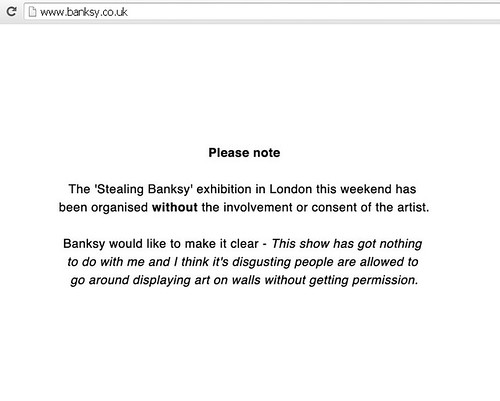 None of the artworks do have formal authentication by Banksy.

First is a trailer that was painted before the owners drove the truck to the Glastonbury Festival in 1998, and which was then auctioned in 2008 in London. 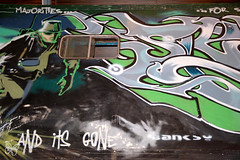 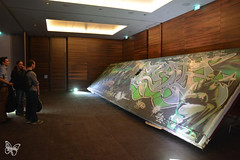 Appearing in East London in 2006, OldSkool features  four pensioners dressed in hoodies and baseball caps and a boombox. 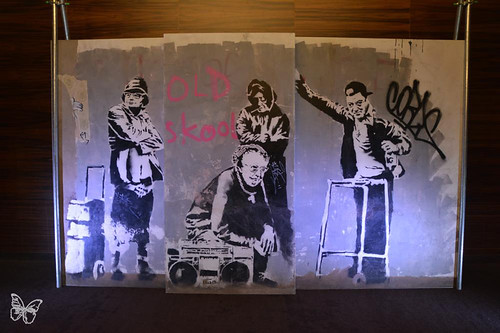 Painted in 2009 in Tottenham Green, London, the No Ball Games piece showing two children playing  has been cut into a rather heavy  triptych. 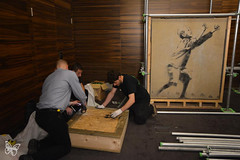 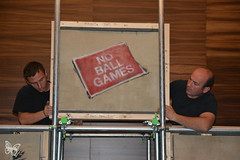 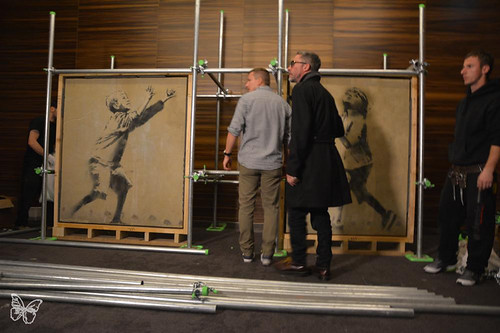 With Robin Barton from Bankrobber

The Boy with heart (2006) was already shown in another exhibition of street “reclaimed” artworks Banksy Please Love Me back in 2009 in London Covent Garden (covered here) . Also featured is a vandalised door from a Berlin with some rats (2003) and a board depicting a stenciled guard with a witty message “Secured by sleepy migrant workers on minimum wage” . 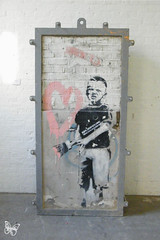 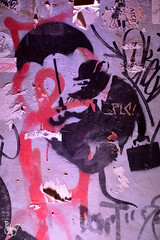 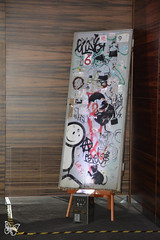 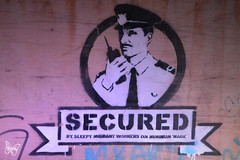 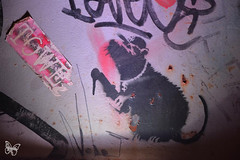 Banksy Sperm Alarm, placed on a Hotel in London Victoria in 2011, made the headlines when it was stolen and the thief arrested and sentenced after trying to flog it on ebay (more info here). It is now offered for sale at an estimate price of £150 000. 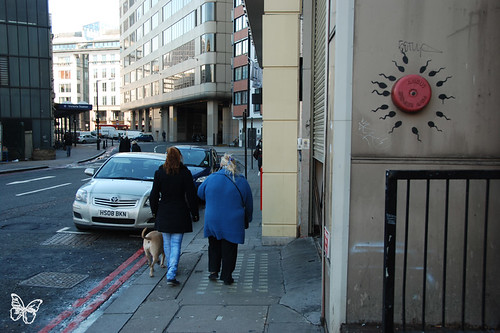 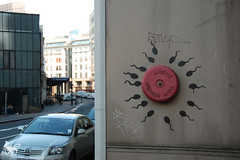 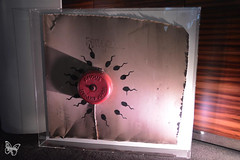 Interestingly a large canvas Brace Yourself is also featured in the exhibition, but not for sale, as if to legitimate the whole show. The canvas was given to Simon Duncan for changing his initial band’s name “Exit Through the Gift Shop” to Brace Yourself so that Banksy could use it for his projects. 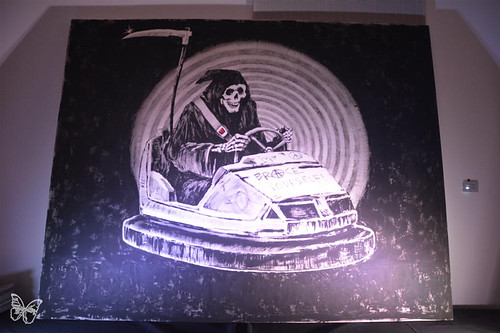 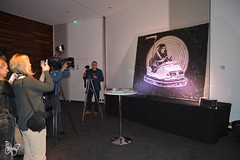 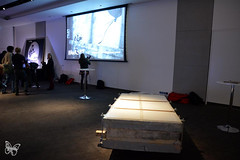 The whole point of street art is placement and its ephemeral nature for the public to enjoy. It is not intented to be moved or be preserved, but evolve with the environment. By removing the Banksy street pieces, the original message is lost and definitively does not work in the settings of a chic hotel or for selected greedy investors.