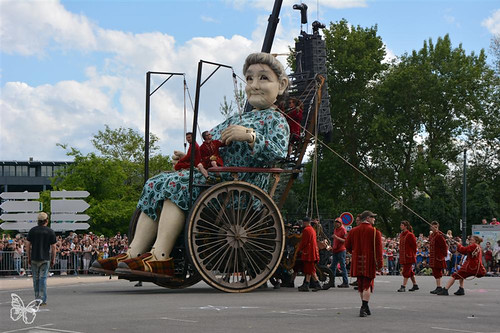 A new performance in the fantastic Giants saga signed Royal de Luxe took place  in Nantes from 7 to 9 June 2014.  On this occasion, Royal de Luxe, the street theatre company known around the world for its giant marionettes,  created two giants, a Mere Grand  and a Little Giant.  They took audiences on long promenades through streets, neighbourhoods, and city centre of Nantes. 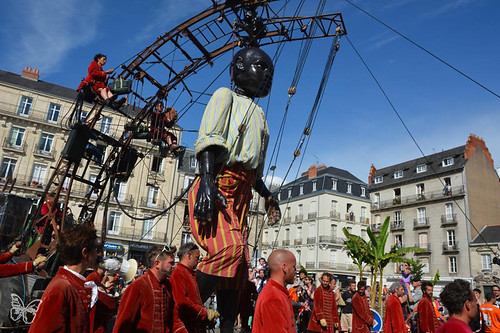 “The grandmother of Nantes” is  7.50 m tall, with a shoe size 276,  and she told us  tales drawn from her memories or the history of the city. Aged 85 with Breton and Irish origins, she has  a real character, both fearless, mischievous and full of tenderness. We saw her sitting in her wheelchair, walking with a cane, drink some whiskey after her nap and even spit and fart in the street … The Little Giant was dancing in the streets, sleeping and meeting with Mere Grand. 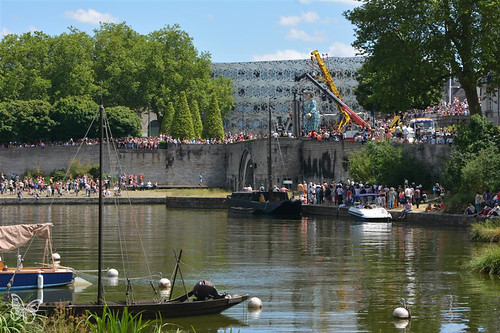 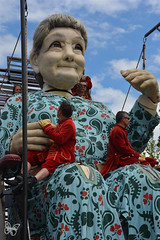 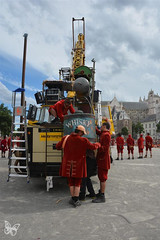 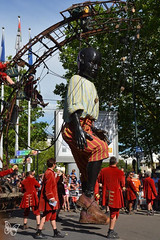 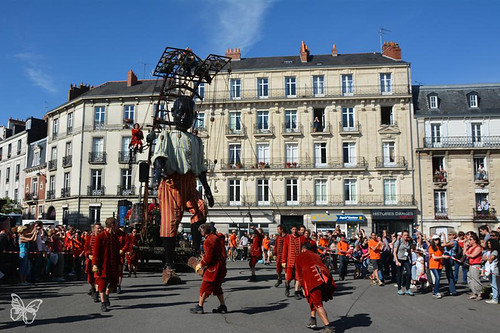 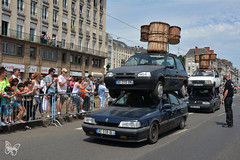 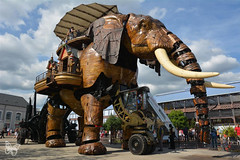 Monday afternoon, countless onlookers crowded around the Anne-de-Bretagne bridge, under a blazing sun, attended a rather happy nautical parade shaped burial. Grandmother, closely followed by Little Giant, both lying in a bed, left by the river, in a last goodbye, but it is said that they could return. 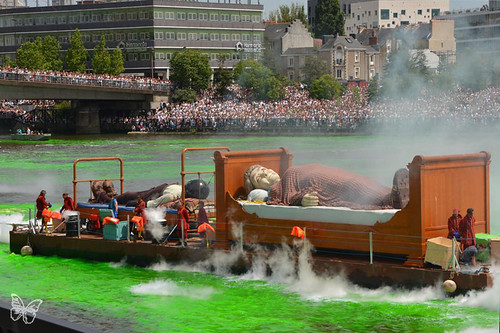 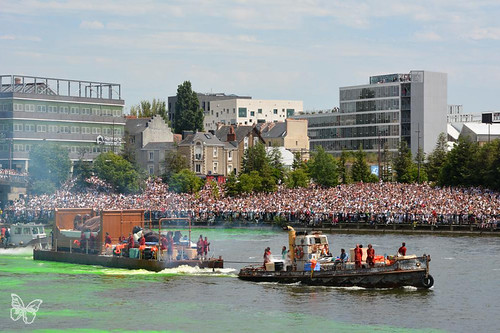