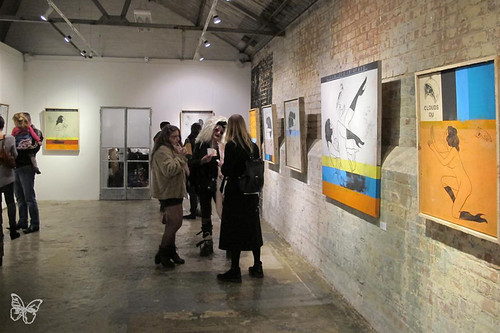 Gallery One at StolenSpace is currently showing a new body of works by British artist David Bray in a solo exhibition titled ‘Wrong Turn‘. Featuring works on wood with paint, pen and pencil with frames using reclaimed wood, the imagery is heavily influenced by hand poked tattoos, simple line drawings and erotic ladies, but also inspired by Eric Gill, James Ensor, Eric Stanton, Bart Simpson as well as ancient Greece. David Bray explains that many of the images comes from getting lost in America when on a trip with musician Georg Lubitzer, which in turn led them to meet someone called Yossarian who gave the artist names, subjects and compositions that he should use. 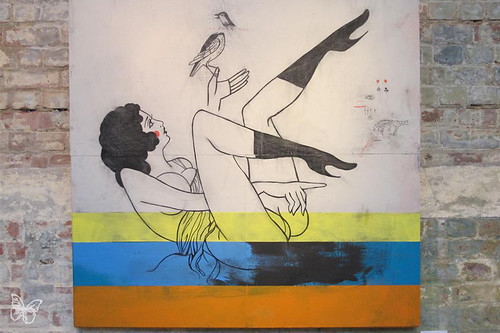 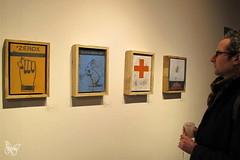 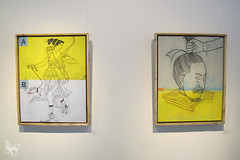 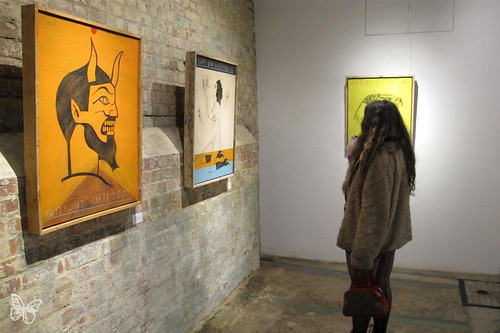 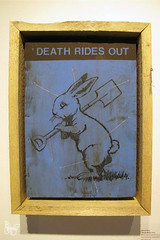 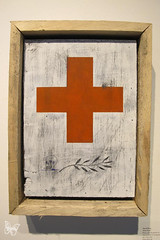 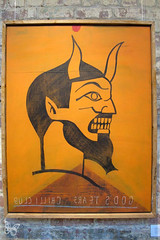 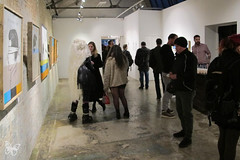 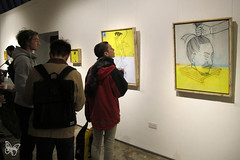