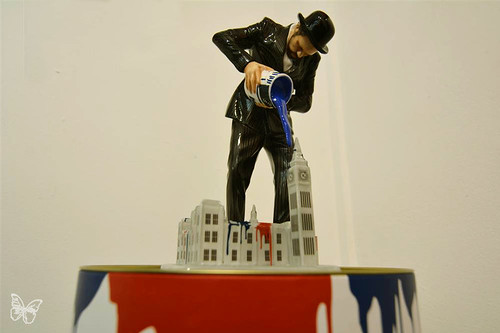 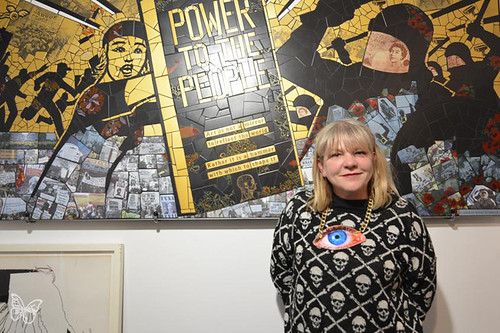 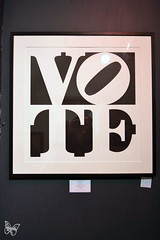 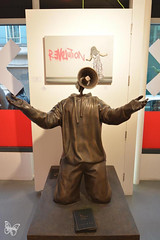 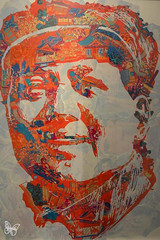 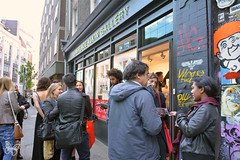 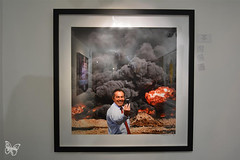 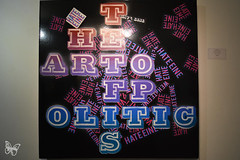 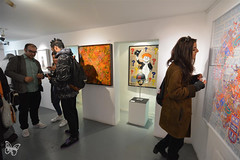 At the opening we caught up with the Godfather of stencil graffiti, Blek Le Rat who started out in 1981 in the streets of France, for a few questions. Some of our pictures have also been published in the Independent 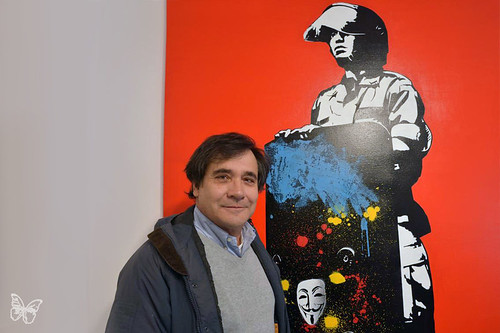 Why did you choose the rat as your signature?

I like that the word ‘Rat’ is an acronym of ‘Art’. At the same time rats are an integrated part of the urban landscape. There are about 2 millions people living in Paris while there is the double amount of rats. It’s a very organised society, and sometimes more ‘human’ than us as they tend to help each others.  They adapt and survive to any situation.

Can you explain your creative process?

When you create an artwork you have to reveal yourself, it’s a part of your soul. The biggest inspiration is death and what surrounds it. I use photos and images that moves me and turn them into stencils, and then work multiple layers or spray paint background until the desired result.

But overall I have been sharing the same imagery for years because the public needs time to assimilate and understand.

For this show it was about Politics.

I don’t believe in Politics since a long time.  I used to belong to a political movement in my youth when I was studying architecture. I find that the political propaganda just make people dumb. When you vote, it’s like signing a blank cheque for 5 – 7 years for someone you don’t really know. Then you realise that you voted for someone who didn’t do what he promised. That’s why I don’t believe in politics.

I tried to illustrate this in my work. In one of my canvas there are some messages like ‘Vote’ and ‘Repeat after me You are free’, but it’s all a farce. I believe more in the Anonymous movement, who shares his views through the web and actions, even though we don’t know behind the scene if this is not also a movement manipulated by government. I find there is more freedom of expression.

What are your next projects?

I’m heading off to Dubai to work on a couple of projects and then I have an exhibition coming up in New York this October. 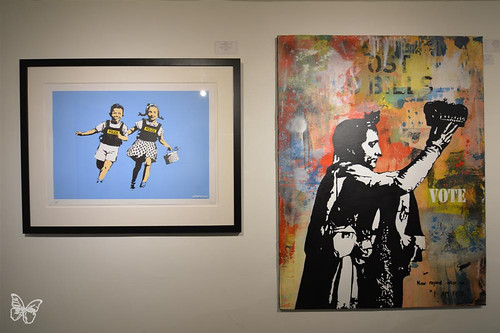