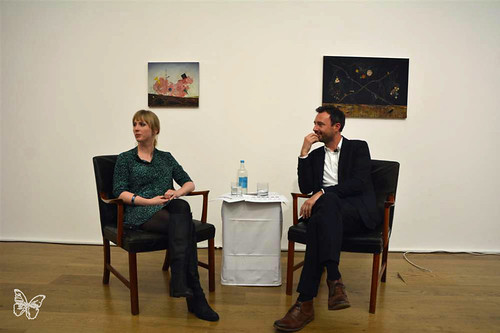 For her new solo show at Hauser & Wirth in London, contemporary artist Anj Smith has been working tirelessly for the past three years to produce a series of twenty one paintings. Inspired by a variety of sources, from psychological states, nature, fashion subcultures, the artworks are rich in detail, colour and texture.

During a conversation with Laurence Sillars, Chief Curator, BALTIC Centre for Contemporary Art, Anj Smith explains her thought process behind the work.

‘Phosphor on the Palms’ is characterised by its exploration of the liminal. The exhibition’s title alludes to the poem ‘Fabliau of Florida’ by Wallace Stevens (1879 – 1955), in which natural elements morph into new configurations. Smith writes: ‘Difficulties in identifying and separating out phenomena aren’t artificially simplified but embraced in all their complexities. Thresholds are hard to determine; clouds in the sky are indistinguishable from the scum washed up with the surf’. These paintings explore shifting boundaries and disintegration, encompassing death and desire, sexuality and language.

Her portrait, landscape and still life paintings merge together harmoniously. In a landscape painting, the sitter although not visible has left signs of presence through different objects.

Anj Smith explore identity, ambiguity and gender in her enigmatic androgynous portraits. Within these works, she acknowledges how clothing is used as a tool to project a certain identity. Intricate botanical and animal imagery also permeates the paintings, from gecko, pangolin to monkeys and rodents that morph into a headdress. 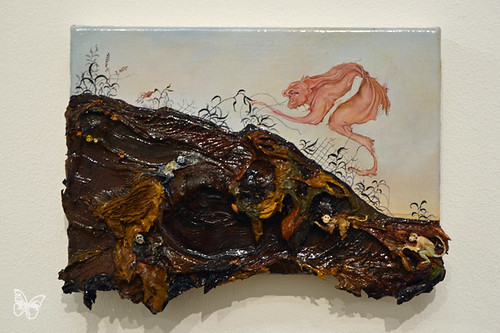 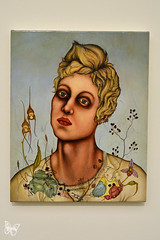 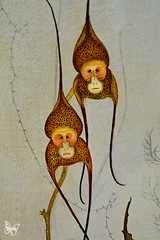 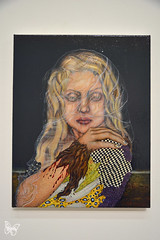 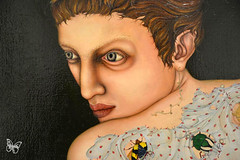 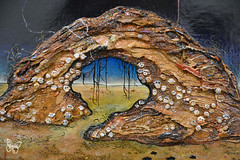 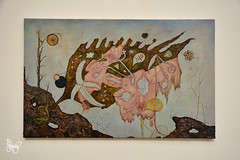 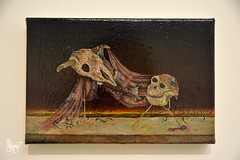 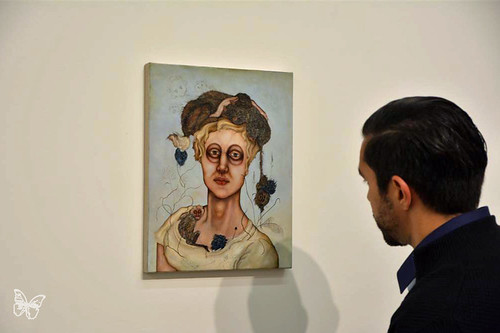 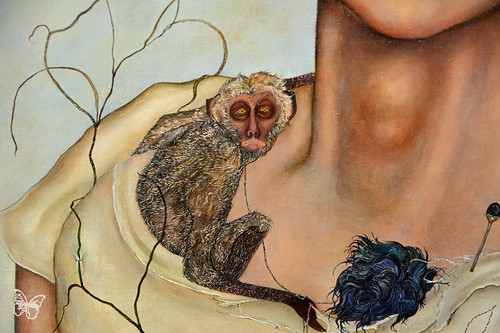 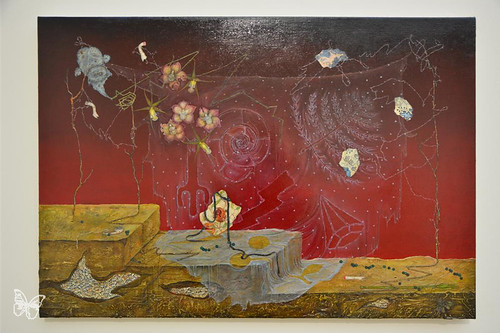 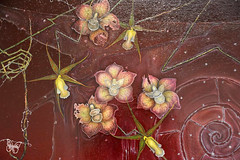 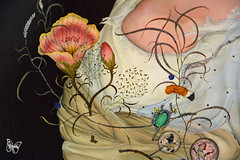 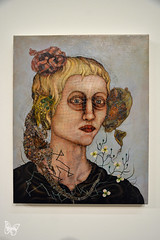 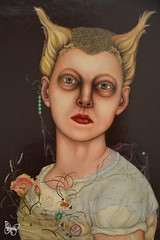 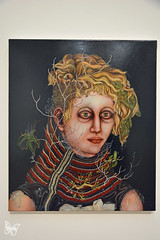 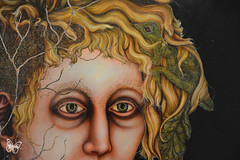 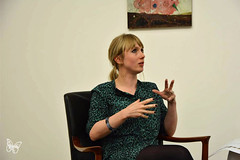