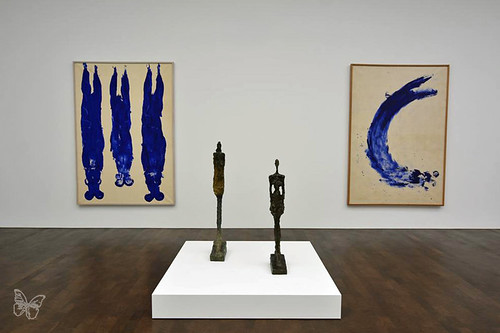 Gagosian Gallery in London is currently presenting the first-ever exhibition to pair key works by Alberto Giacometti (1901–1966) and Yves Klein (1928–1962).

At first glance, Giacometti and Klein, artists born a generation apart, could not be more different: Giacometti was a master of material form, and of the representation of the figure; Klein was an influential theorist whose art married the conceptual with the cosmic. In the 1950s and early 1960s, the two artists lived and worked within a mile of each other, in Montparnasse, Paris, but there are few clues in their work to suggest that they shared the same artistic milieu. What they did have in common was an acute consciousness of the catastrophic effects of the Second World War and its aftermath on European culture. Each dealt with it in his own way: in his sculptures, Giacometti struggled to evince a vital human presence from nothing; Klein shunned the personal, autobiographical mark, attempting to dematerialise painting to the point of pure saturated colour.

Curated by Joachim Pissarro, Giacometti’s nervously modelled figures and heads are confronted by Klein’s intense and expansive colours. Each artist is generously represented by works on loan from the Fondation Alberto Giacometti, the Yves Klein Archives, the Beyeler Foundation, and distinguished private collections. 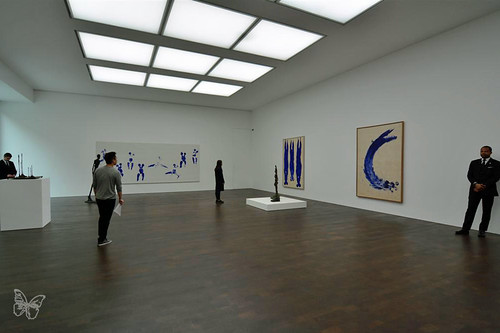 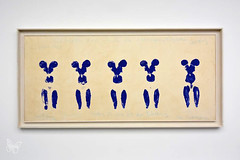 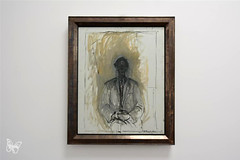 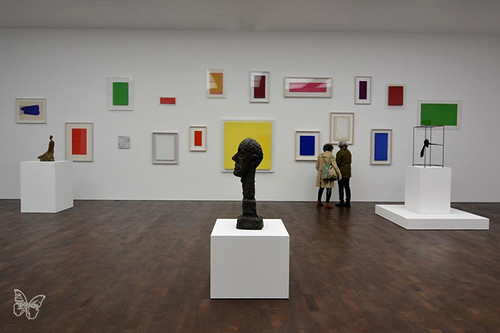 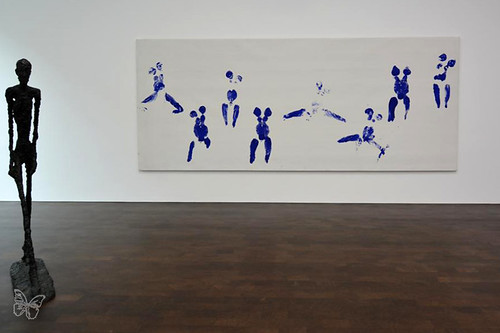 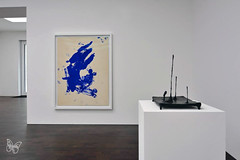 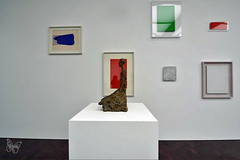 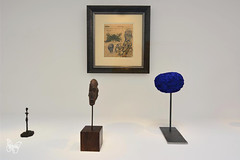 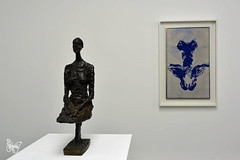 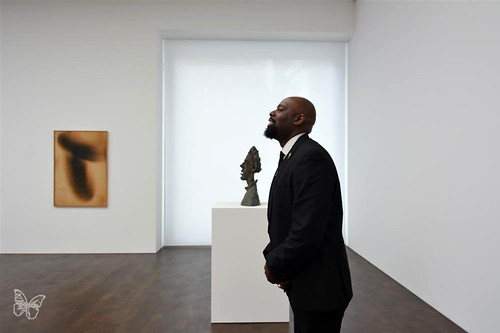