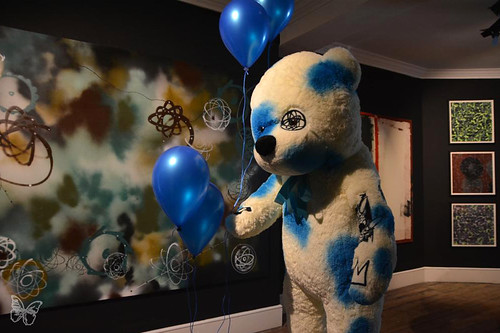 Lavelle’s Lazarides show is celebrating 25 years of UNKLE and will kick-start the release of his brand-new album, THE ROAD. For UNKLE, this will be the start of a multitude of events celebrating his history in music so it was only logical that the first exhibition takes place where it all began: Soho.

The exhibition is focussing on creating an immersive experience  with UNKLE’s new music and combine the past, present and future of UNKLE over two floors at the gallery, with the first floor being a virtual reality experience featuring the first trailer to The Man From Mo’ Wax as well as two new videos for two new UNKLE tracks from the forthcoming album The Road. In the adjacent room visitors can experience with a VR headset  a new 360° version of Doug Foster’s Beyond the Infinite installation. 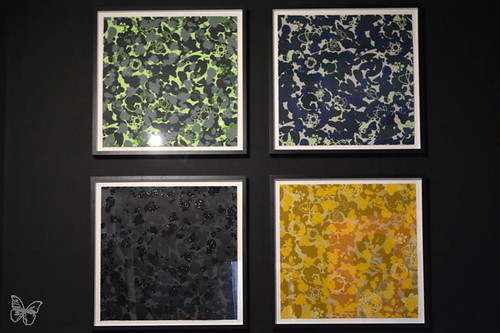 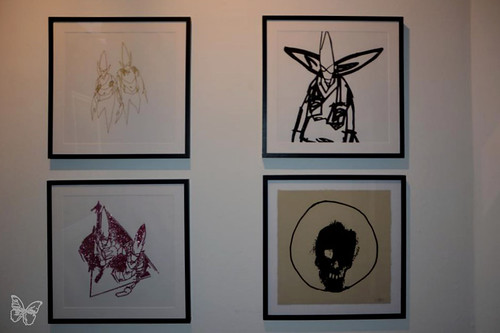 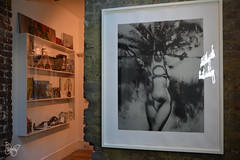 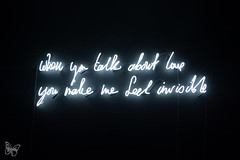 Featuring original canvases by Futura and 3D, photos by Warren Du Preez and Nick Thornton Jones  that were used to illustrate LP covers, screenprints,   limited edition toys, sneakers, and LPs,  there’s something to enjoy for every age and every background.

Some of the UNKLE collaborators attended the overcrowded opening including James Lavelle, Ben Drury, Elliott Power and Dorian Lutz much to the delight of the fans. 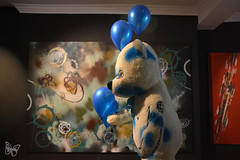 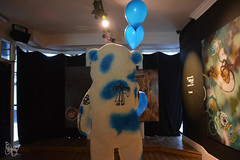 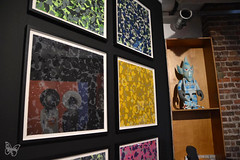 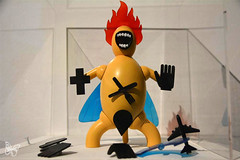 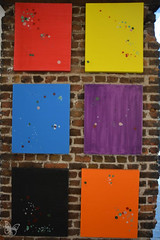 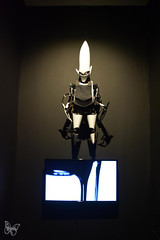 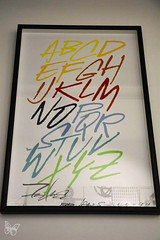 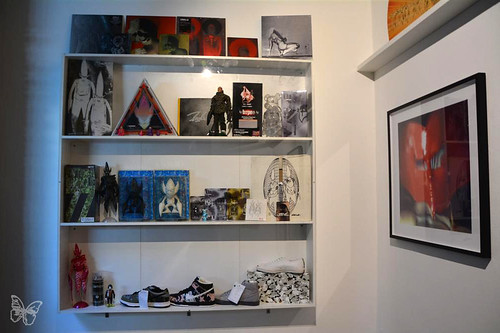 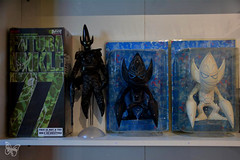 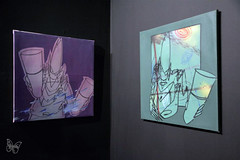 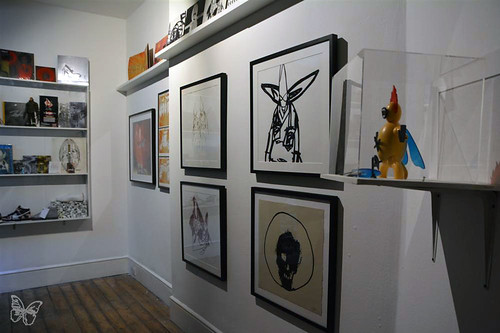 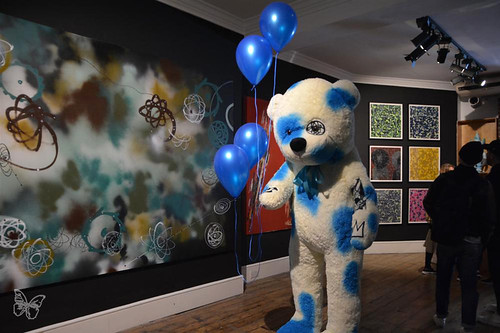