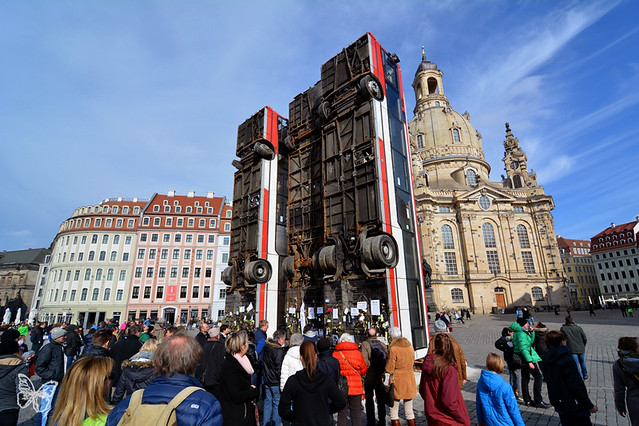 A Syrian war memorial is currently dividing Dresden, itself a symbol of the ravages of war.
‘Monument’, featuring three buses standing upright, was erected in February 2017 next to the famous baroque Frauenkirche, which was initially devastated by Allied bombs in 1945 and then rebuilt brick by brick after the German unification, becoming a symbol of peace and reconciliation.

Manaf Halbouni, a Syrian-born artist with German roots, was inspired by a powerful image that was seen worldwide in 2015: Residents of Aleppo put bombed-out buses on their sides in the heart of the formerly thriving industrial city to protect themselves from sharpshooters. The buses became a symbol of the resistance movement in the town which, by the end of 2016, had been nearly totally destroyed by war.

In Dresden, the sculpture is comprised of three outdated public buses. The artist said he intentionally used buses that had not been wrecked, as a symbol of the peace that can still be found in Germany – unlike in Syria.

Designed to draw attention to the Syrian war while appealing for peace and humanity, the art installation has sparked an emotional debate in the city. Halbouni’s work was installed to coincide with the 72nd anniversary of the Allied raids that devastated the city. The bombings by British and American warplanes on a militarily insignificant city remain the source of resentment, and far-right groups tried to use the annual memorial to push a revisionist view of history that Dresden was a victim of an Allied war crime.

Curator of Kunsthaus Dresden Mennicke-Schwarz added: “It’s thought-provoking and that’s what we wanted: to connect the terrible suffering of the war in Syria to Dresden, to connect the commemoration of the victims of the past with those of the present. It seemed so appropriate to give us a small insight into how civilians are trying to get by at the moment in Syrian cities.”

On display in the city through April 3, the installation was funded through donations from the local community. The artist said he found it important to show that there is a side to Dresden which stands in contrast to the anti-foreigner movement that has become associated with the city. 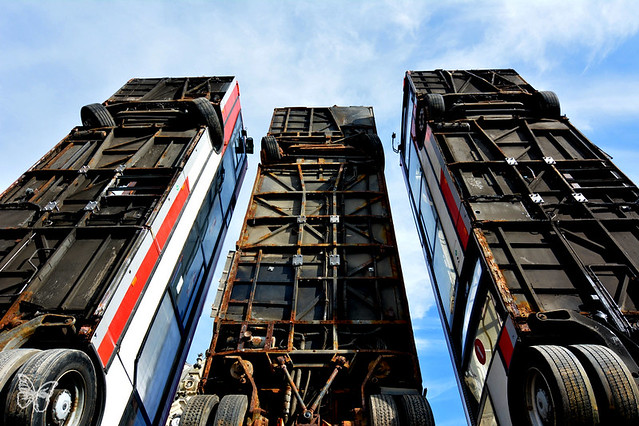 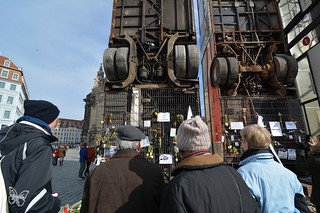 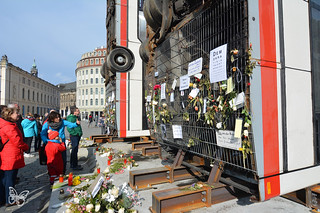 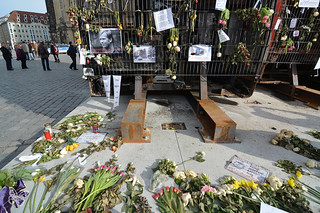 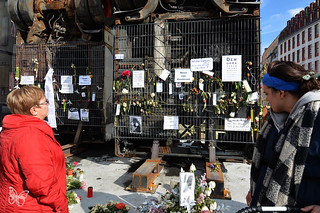 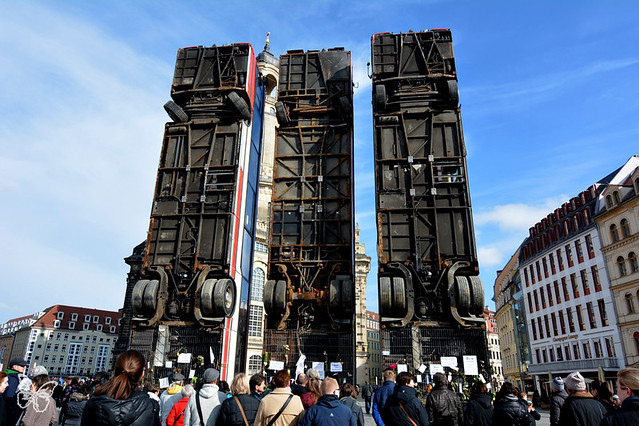