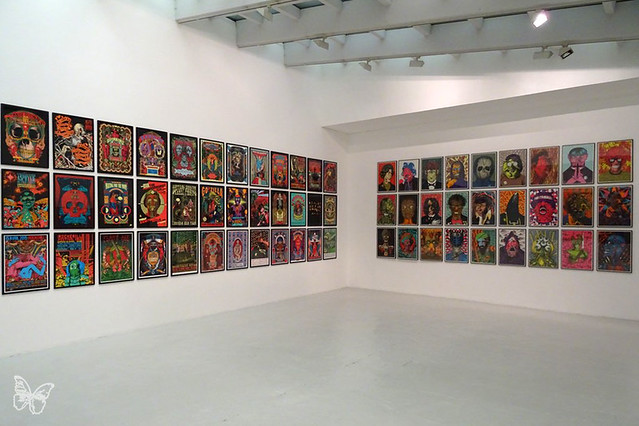 With the 10th year anniversary of the music label Born Bad Records and the release of a monograph entitled “Complete Works”, Belgian graphic designer and illustrator Elzo Durt is showing 13 years of illustration in an exhibition called ‘Colors & Glory’ at the Gallery du Jour in Paris

With more than a hundred exhibitions to his credit, dozens of projects and album covers, Elzo Durt is one of the most prolific and recognizable illustrators. After a good decade spent imposing a heavy and abrasive style made of creepy and psyche collages within the punk and techno scenes of Brussels, he has, in a few years, colonized the imagination of the French rockers by becoming the main illustrator of Born Bad Records and creating his own label, Teenage Menopause.

The exhibition starts in a psychedelic kitchen from the 1950s, giving the visitor a feeling of drunkenness but also inviting him into a psychedelic universe to discover one hundred and thirty works (posters, record covers …) including 15 of its most iconic pieces as well as some previously unseen works and ends in a gothic-punk church of the future. 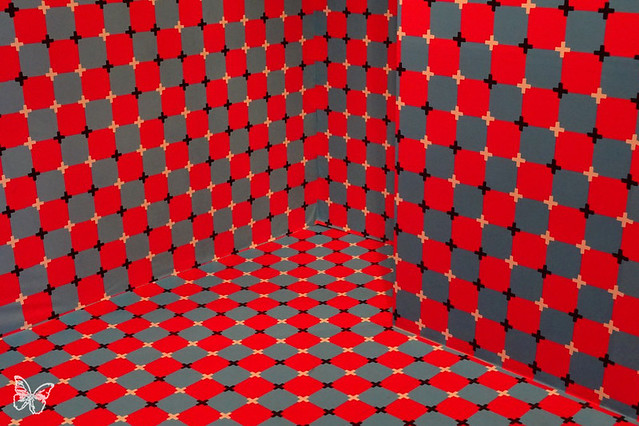 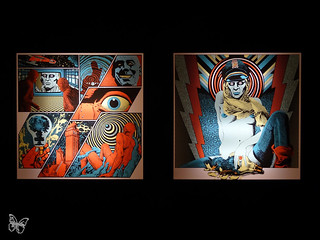 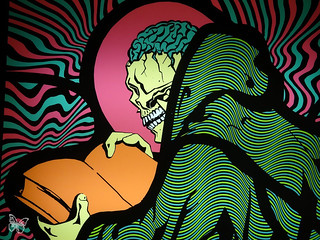 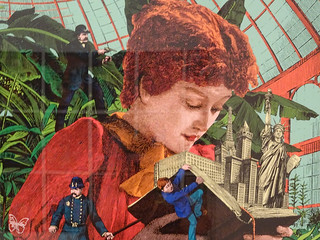 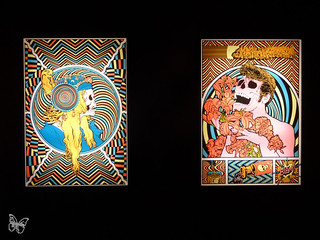 As the ultimate fan of underground music, Elzo, and his Parisian friend Francois Froos, launched their own music label Teenage Menopause Records in 2011, dedicated to punk and techno.
A monumental fresco of 1.80 meters by 4 meters bringing together forty small paintings into a futuristic pope is dedicated to his friend Froos. 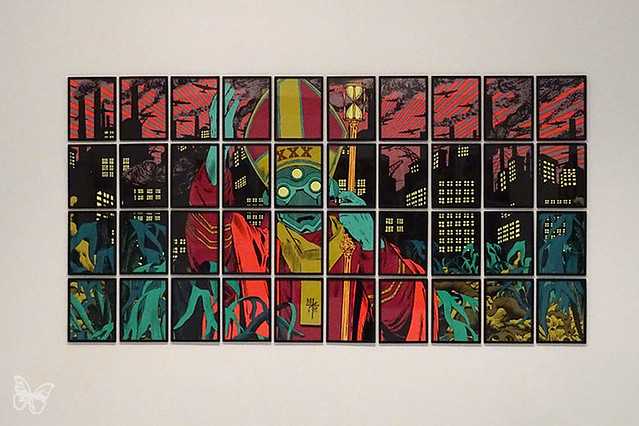 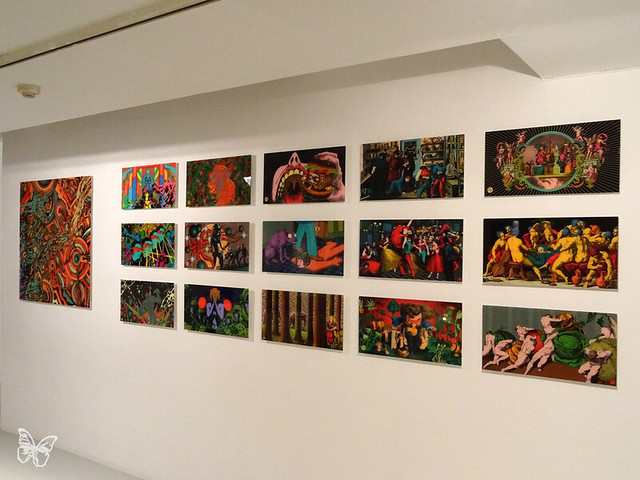 But Elzo Durts’ universe does not resonate only with these two styles or movements, as he multiplies borrowings and winks, drawing from the world history of graphic design and posterism: from military propaganda of the twentieth century Sci-fi comics; Art Nouveau to Russian constructivism; or from the psychedelic art of the 1960s and 1970s to the flyers of the late 1980s announcing the first raves. 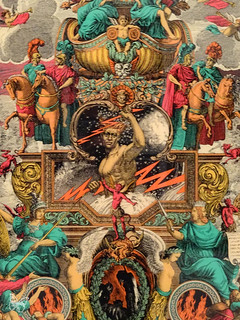 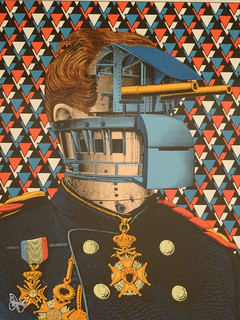 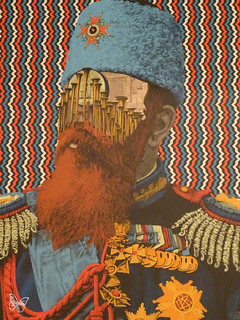 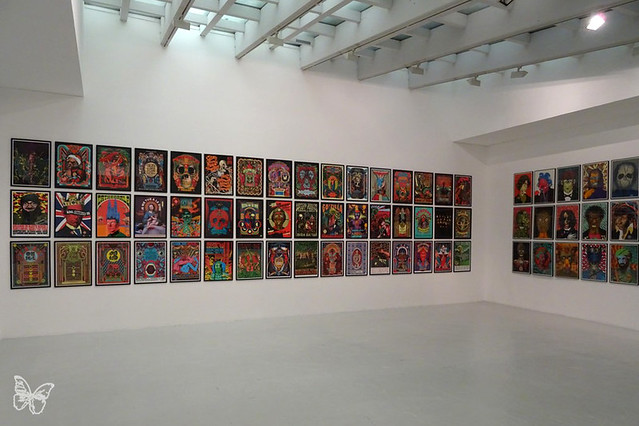 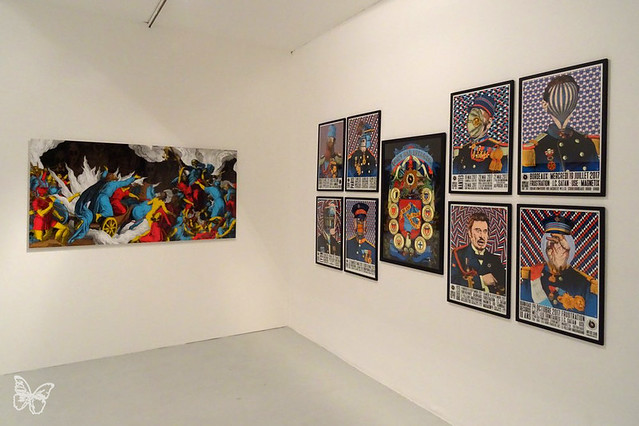 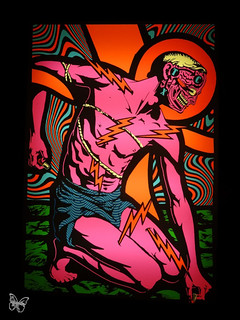 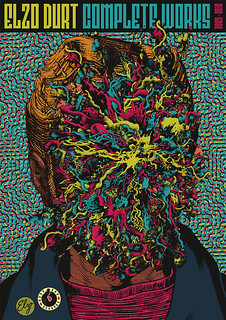 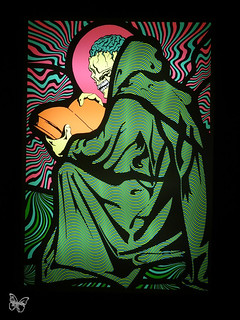 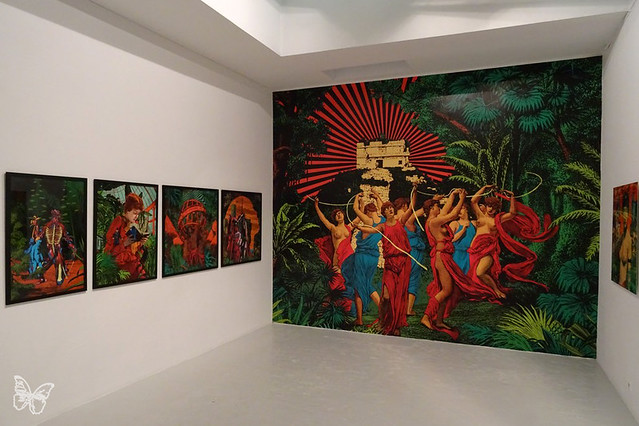