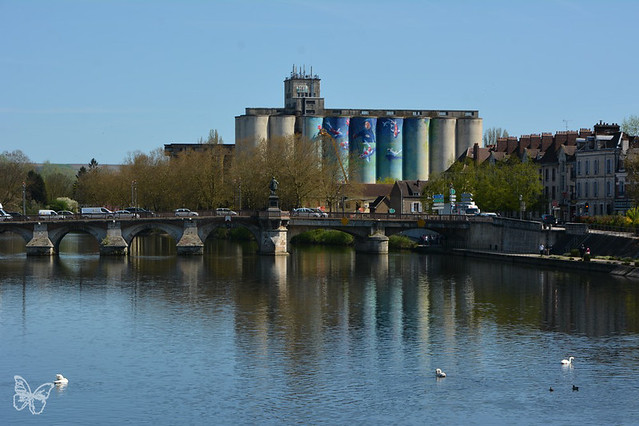 For the past three weeks French artist Florent Maussion has been painting a monumental mural on the silos of Auxerre (France) for the 10th edition of the RADD Festival opening on 25 April 2018.

Winner of the contest for the RADD 2018 theme “Which School for tomorrow?”, Florent Maussion’s sketch won the public and jury votes. The 600 square meters mural on the concrete silos features a child painting while surrounded by koy carp in a large blue-green background. 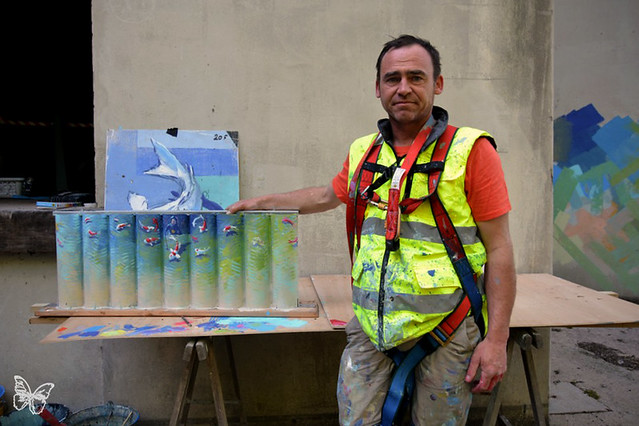 Some preparatory sketches and colour tests lay on the ground next to a model version of the concrete sentinels. The child portrait is inspired by a picture of the artist’s son. 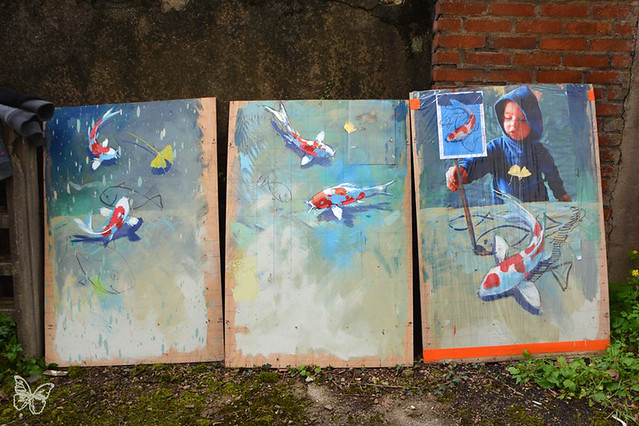 He found his inspiration during his many trips to Japan. “I imagined a child, a schoolboy painting his own world. On his clothes, he wears a leaf of gingko biloba. This sacred tree of the East is a symbol of unity, hope and associated with longevity, it is also called the ‘tree of the grandfather and grandson’ because it carries the hope of continuation of the lineage including a prediction of immortality. ”

The artwork has many symbolics. Florent Maussion indicates “I chose to represent these freshwater fish to make the link with the Yonne river flowing at the foot of the silos. Koi carp are peaceful and familiar fish, peaceful in nature and easily accepting the cohabitation with other species, a symbol of love, virility, perseverance and strength. ” 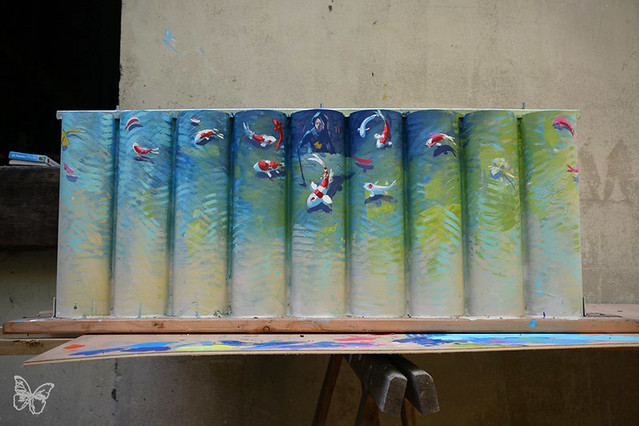 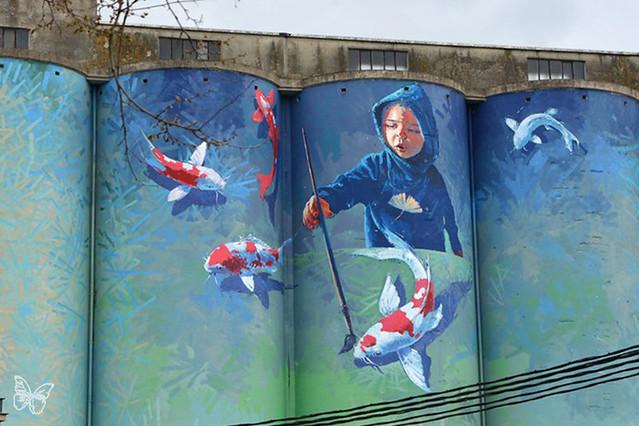 Up 30 meters high, the cherry picker offers a breathtaking panoramic view of the city of Auxerre and beyond, but beware of the height and winds which can be tricky as the surface is round. 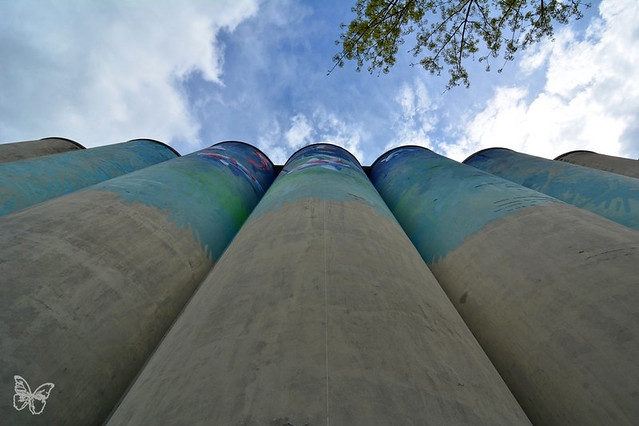 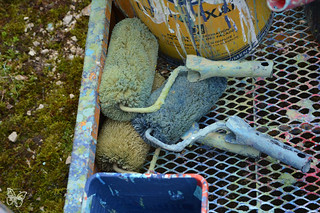 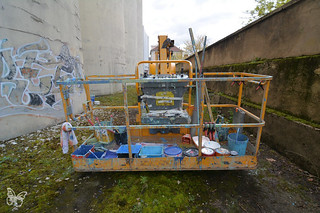 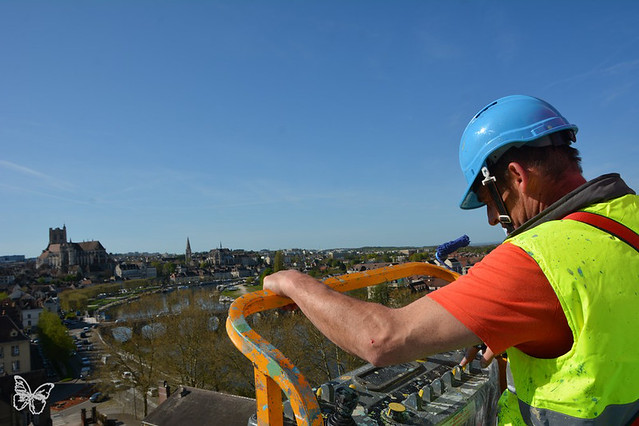 After several days, the work is gradually taking shape with large blue and green trails and koy fish appears here and there. 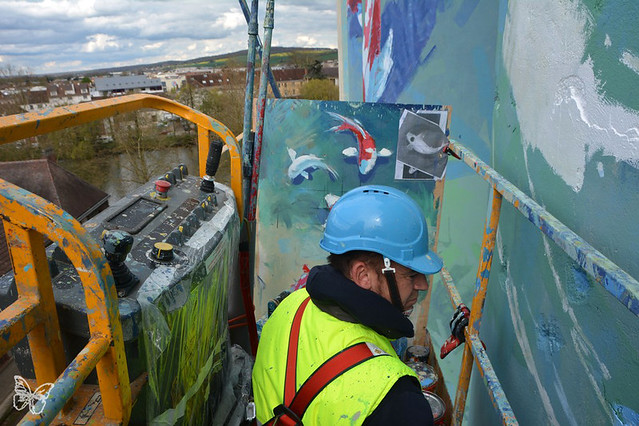 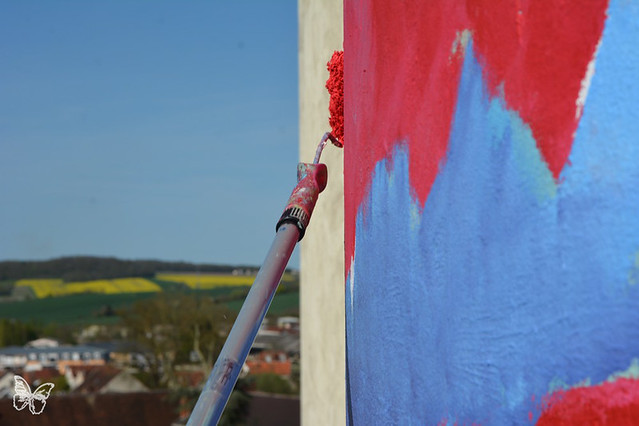 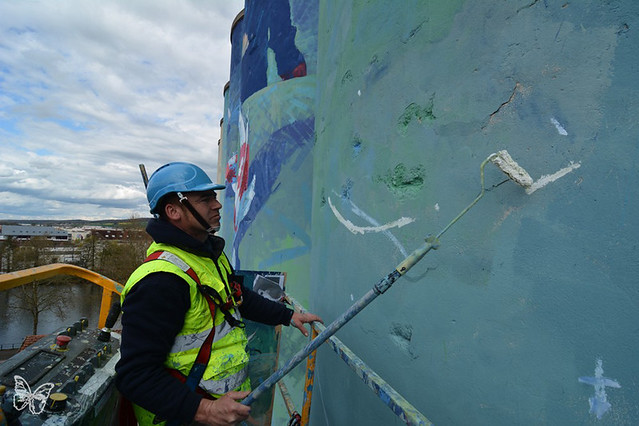 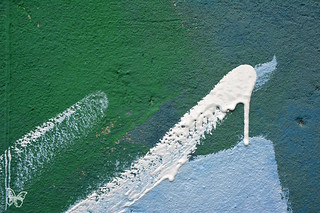 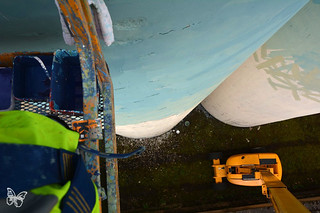 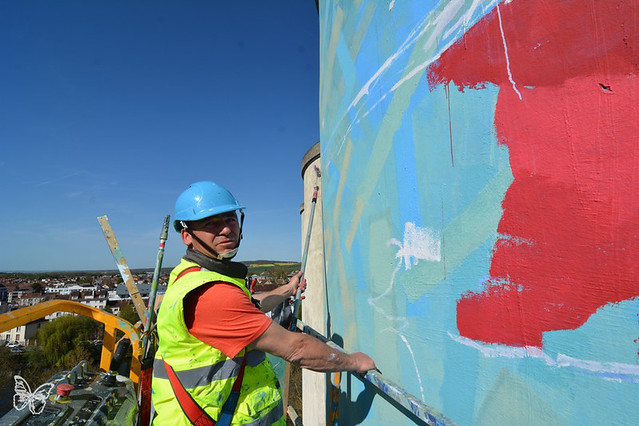 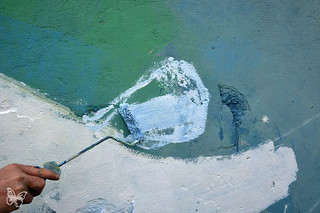 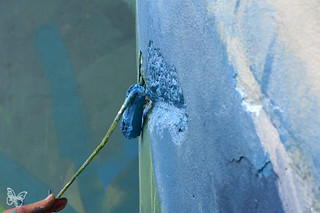 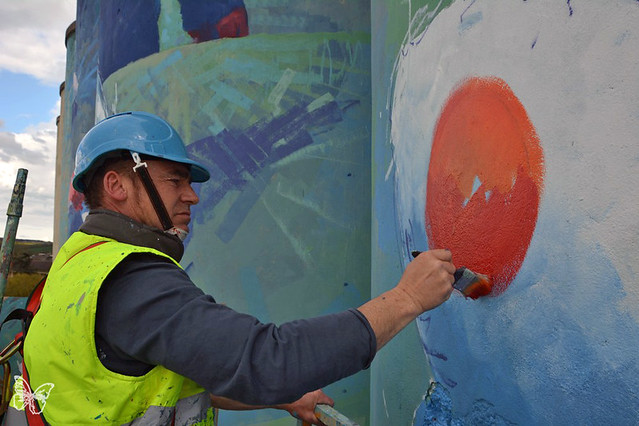 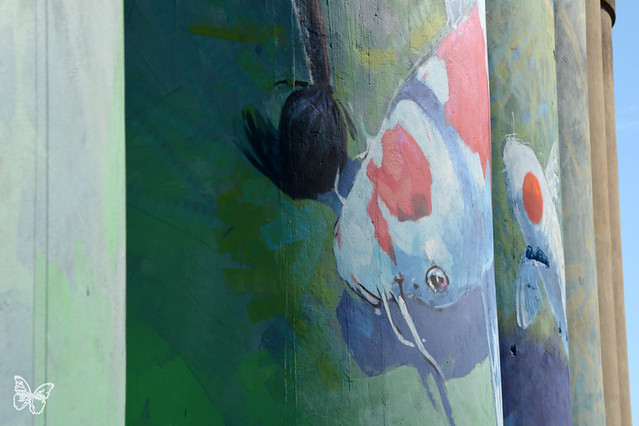 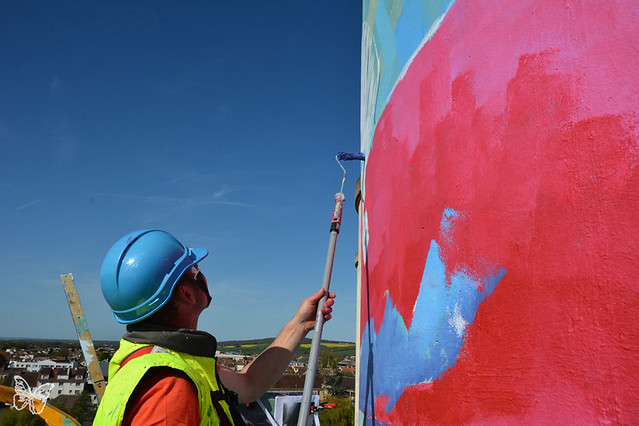 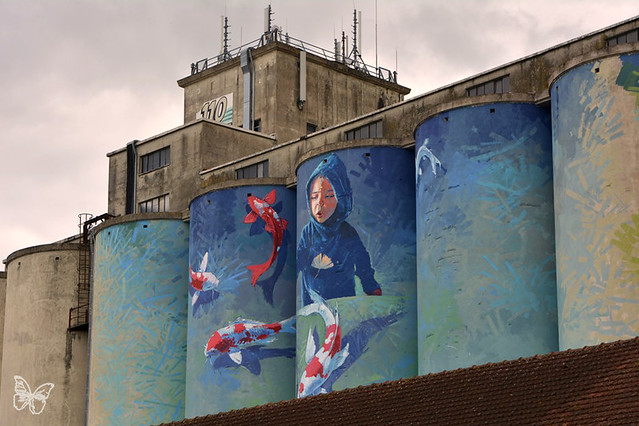 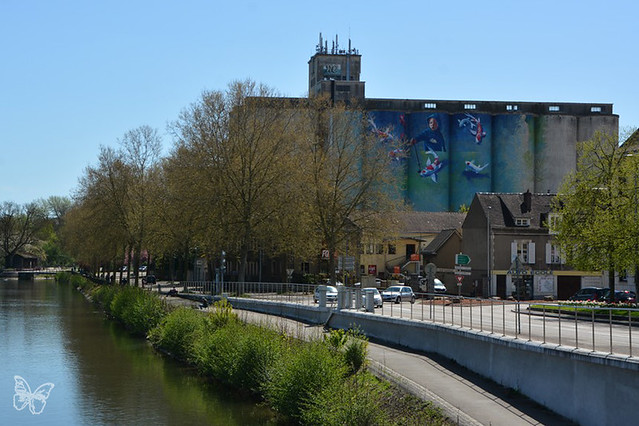 Curated by Denis Roicourt, this monumental mural is part of the RADD festival  taking place from 25-28 April in Auxerre. Additional artists are also painting smaller walls through the city.
Full programme here