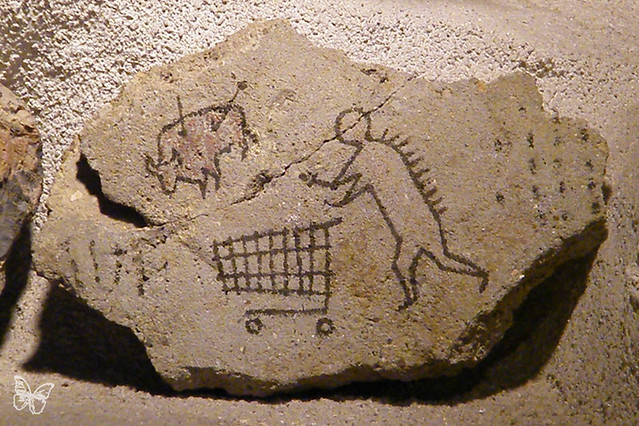 Back in 2005, Banksy installed this ‘cave painting’ titled ‘Peckham Rock’ in one of the galleries of the British Museum without permission, and without anyone noticing.
He gave it a fake identification number and label, and it remained on the wall for three days before the Museum was alerted to the prank via Banksy’s website.

This time the British Museum has invited Banksy back to the Museum to ‘officially’ exhibit the hoax piece in the upcoming ‘I Object‘ exhibition opening on 6 September 2018, highlighting the history of dissent and protest around the world.

One thought on “London: Banksy at the British Museum”