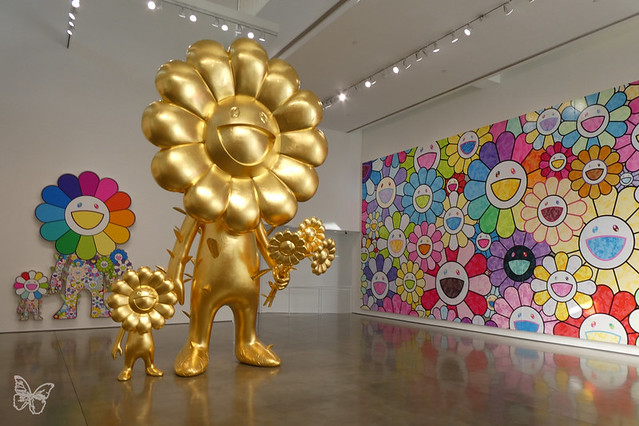 The exhibition title comes from the Buddhist Hannya Shingyo (Heart Sutra), an incantation often chanted by Zen groups before or after a meditation and translates roughly to “gone, gone, gone beyond, gone completely beyond, enlightenment, svāhā.” 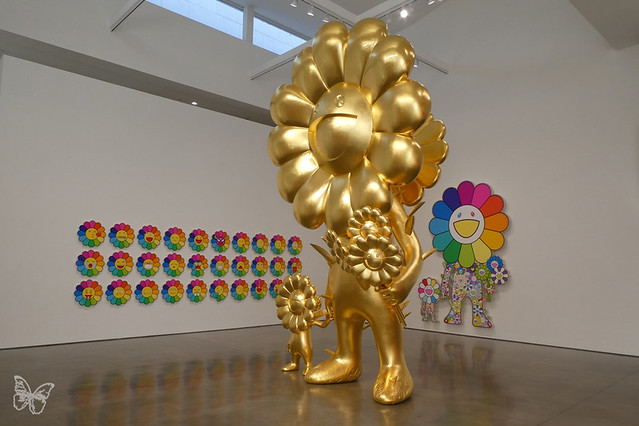 Elsewhere, images of doorways, graffiti of the word “viral,” and a self-portrait of the artist and his dog are overlaid onto dense graphic patterns. 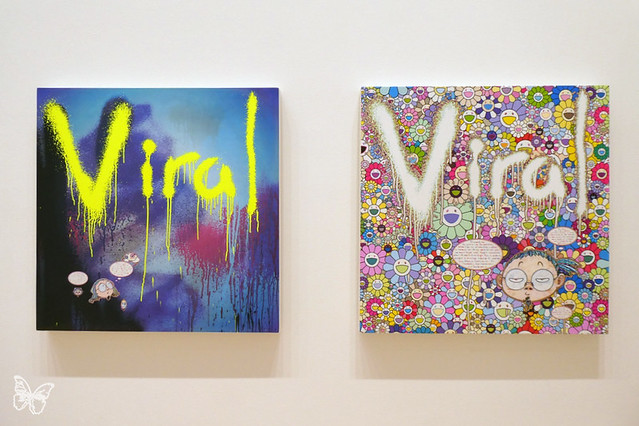 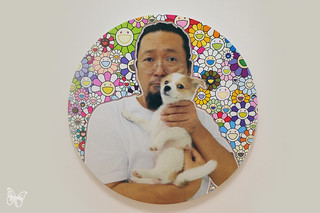 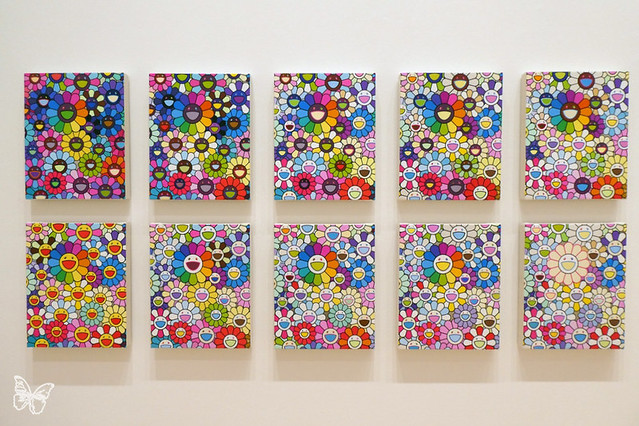 A Statue of Flower Parent and Child (2019), cast in bronze and covered in gold leaf, stands sixteen feet tall and shows an enormous flower character with its flower offspring. Similarly, the rabbit like Kaikai and three-eyed, smiling Kiki (both 2019) are rendered in cast bronze covered in platinum leaf, the cute yet imposing characters illustrating Murakami’s interest in paradox, as kikikaikai describes something that is dangerous yet appealing. 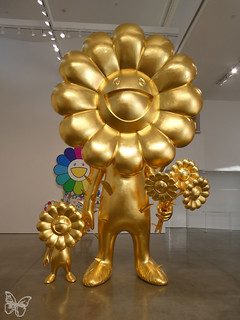 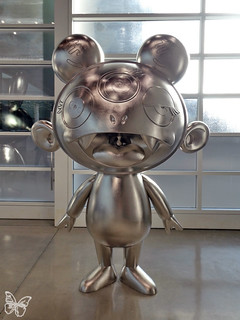 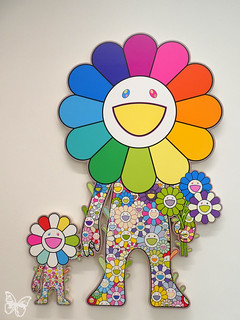 The seventeen-panel Qinghua (2019) reinterprets a motif originally painted on a vase from the Chinese Yuan Dynasty (c. 1206–1368), whose imagery mingled in Murakami’s memory with childhood trips to the riverside with his father, where fishers would haul enormous carp. At almost eight feet high and fifty-eight feet wide, the image proceeds panel by panel, like an enormous storyboard, or a vase that has been unrolled like a long scroll along the gallery’s walls. 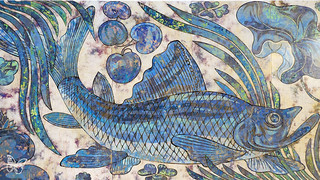 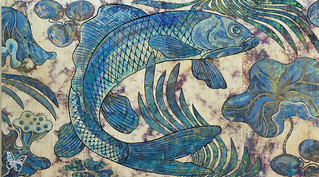