Banksy’s painting depicting chimpanzees sitting in parliament has sold for more than £9million at auction, breaking the record price for a work of the elusive British artist.

‘Devolved parliament’, in which chimpanzees replace politician in the House of Commons, measures 4 meters long, making it Banksy’s largest known canvas. Despite being painted in 2009, many commentators have drawn comparisons to current-day politics, and the chaos witnessed in the House of Commons over Brexit.

It was first unveiled as part of the Banksy versus Bristol exhibition in 2009, and was lent to the Bristol Museum earlier this year, marking both the exhibition’s 10th anniversary and Britain’s original planned exit from the EU on 29 March. At the time, Banksy wrote ‘I made this 10 years ago. Bristol museum have just put it back on display to mark Brexit day. Laugh now, but one day no one will be in charge.’

‘Devolved Parliament’ surpassed its estimated price tag of £1.5m to £2m, with the auctioneer declaring ‘history is being made’ at one point during the sale that was being streamed live. After bidding that lasted 13 minutes, the2009 artwork from a private collection sold to loud applause for a hammer price of £8.5m, giving a final price of £9,879,500 ($12.2m) with added fees.

‘Record price for a Banksy painting set at auction tonight. Shame I didn’t own it.’ Banksy wrote on his instagram feed. He added a quote by critic Robert Hugues about the value of artworks: ‘ The price of a work of art is now part of its function, its new job is to sit on a wall and get more expensive. Instead of being the common property of humankind the way a book is, art becomes the particular property of someone who can afford it.’

Before Thursday ‘s sale, the auction record for Banksy work was £1.4m for ‘Keep it spotless’ which sold at Sotheby’s in New York in 2008. It also comes a year after another Banksy canvas, ‘Girl with Balloon’, shredded itself in front of shocked onlookers at Sotheby’s auction just as it was sold.

Watch the live stream of the bidding here

With the crazy art week and all the collectors gathered in London for the Frieze Art Fair and plethora of glamourous art events, a series of artworks by elusive artist Banksy were presented at prestigious auction house Sotheby’s, including his iconic Girl with Balloon for the evening auction of 5 October 2018.

Girl with a Balloon (2006) was the final lot of the night, and just as the canvas hammered at £953,829 ( totally 1,042,000 GBP after taxes) — exactly the same figure as the artist’s previous auction record, achieved in 2008 — an alarm was triggered inside the work of art. Onlookers turned just in time to see the canvas slip through its faux-gilt frame and be shredded into pieces.

“It appears we just got Banksy-ed,” said Alex Branczik, the auction house’s head of contemporary art, Europe, immediately after the sale. “He is arguably the greatest British street artist, and tonight we saw a little piece of Banksy genius,” he said, adding that he was “not in on the ruse”, although it is not clear whether other members of staff were. Some commented on the unusually thick frame, which could have easily concealed a shredding mechanism.

After a man dressed in black sporting sunglasses and a hat was seen scuffling with security guards near the entrance to Sotheby’s shortly after the incident, speculation mounted that the elusive artist had himself pressed the button that destroyed the work. According to the provenance, Girl with a Balloon was acquired directly from the artist in 2006.

“We are busy figuring out what this means in an auction context,” Branczik said. “The shredding is now part of the integral art work. We have not experienced a situation where a painting has spontaneously shredded, upon achieving a record for the artist.”
One potential outcome, according to a spokeswoman, is that the destroyed painting could be preserved as a document of the guerrilla tactic. “You could argue that the work is now more valuable,” Branczik said. “It’s certainly the first piece to be spontaneously shredded as an auction ends.”

A post shared by I KNOW A GUY (@iknowaguy.gallery)

On his social media account Banksy captured the moment with a caption ‘Going, Going, Gone…’ 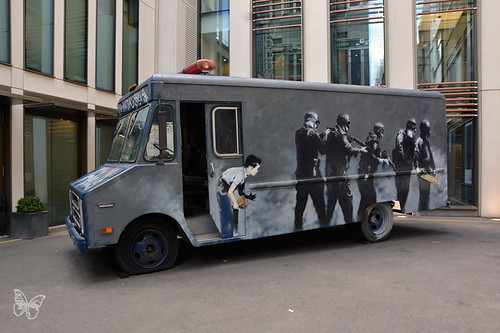 A van that was once used by the SWAT team and then spraypainted by elusive artist Banksy is to be auctioned in London at Bonhams on 29 June.

It was first displayed at the infamous Barely Legal exhibition in Los Angeles back in 2006,  where Banksy also featured a live painted elephant in the room.

On one side of the van, Banksy has spraypainted heavily armed special forces agents being hoodwinked by a small boy. On the other, Dorothy from The Wizard of Oz is caught in a storm of graffiti. On the back it says: How’s My Bombing? Call 1-800-648-0403.

Ralph Taylor, senior director of  Bonhams’ postwar and contemporary art department, called it “probably the most significant piece by the artist to ever come to auction and without doubt the most ambitious”.  The work has been verified by Pest Control Office and comes with an estimate of £200,000-300,000. 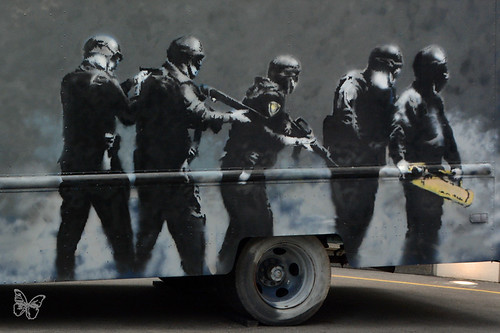 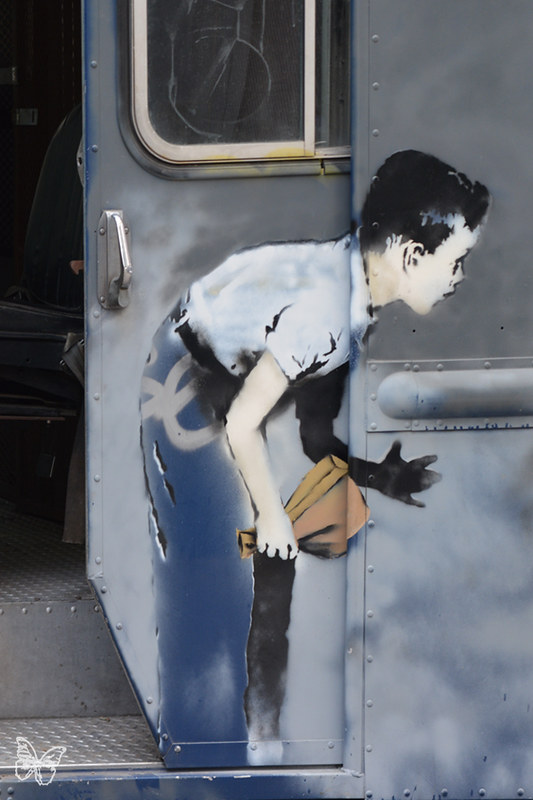 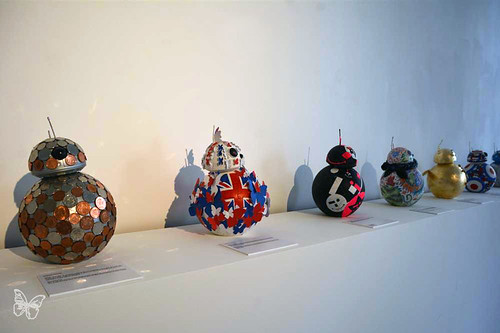 In support of Star Wars: Force for Change, an initiative that inspires people to make a positive impact on the world, Star Wars talent, British celebrities, fans and artists worldwide have been challenged to create artwork inspired by everyone’s favourite new droid, BB-8, as a representation of all that is GREAT about Britain.

A number of the creations will be put on display for a public exhibition at White Rainbow Gallery, 47 Mortimer Street until 21 April. The initiative will raise vital funds for Great Ormond Street Hospital Children’s Charity with a number of the designed BB-8s being auctioned off for charity via an online auction from 18 April at 7pm to 22 April at 11.59pm. 100%* of the proceeds from this auction will be donated to Great Ormond Street Hospital Children’s Charity, on behalf of Force For Change.

Stars of The Force Awakens, Daisy Ridley and John Boyega, are lending their artistic talents to design their very own “BB-GR8s”, along with Star Wars legacy film stalwarts Mark Hamill, Anthony Daniels and Warwick Davis who have each contributed a design.

UK personalities and Star Wars fans Simon Pegg, Paddy McGuinness and band of the moment Years and Years have all awakened their artistic flair to get involved in the project. A huge range of artists up and down the UK, including street and graffiti artists like Guy Denning, China Mike , jewellers, ceramic artists, typography specialists, embroiderers and sculptors, have each worked on their re-interpretations of BB-8 using an incredible array of materials to celebrate a particular area of Great British culture including music, food, sport, art, tourism and technology.

Ossie Robinson, 10 years old, a patient in the hospital and a massive Star Wars fan, has also got involved and created an amazing design featuring the colours of his favourite football team, Watford FC.

*After deduction of a 2.5% transaction fee for all card payments 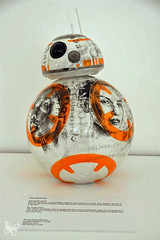 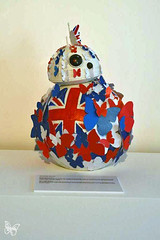 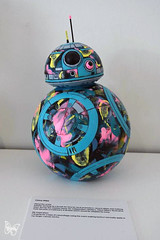 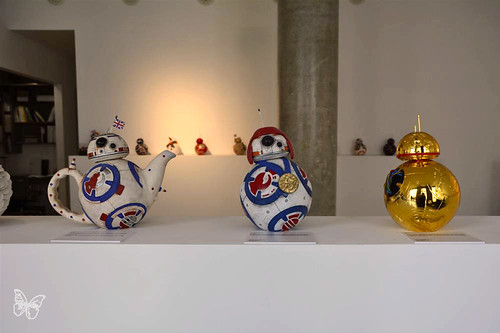 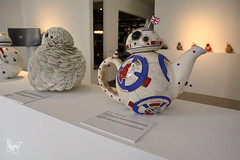 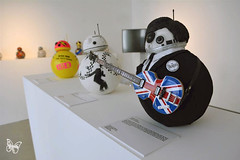 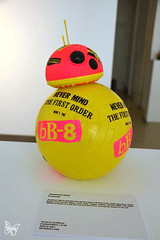 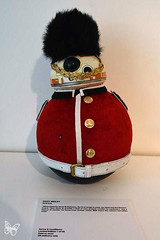 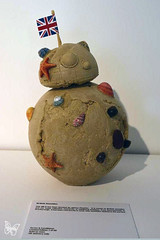 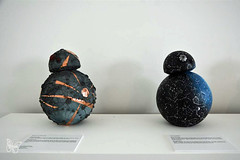 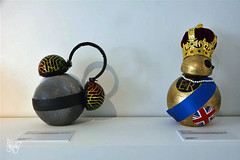 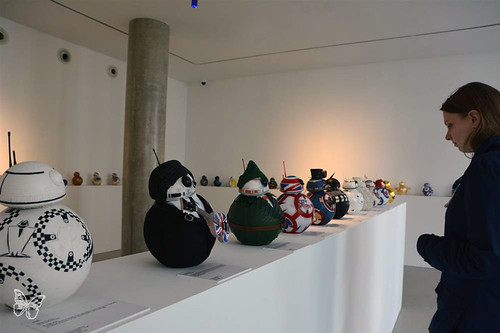 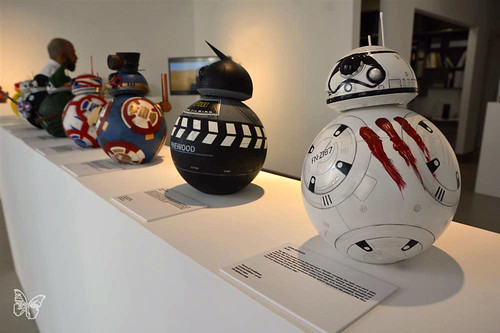 From 23 to 25 Octobre 2015, the association Roule Petit Ougandais and Yvette Production present Road to Mukono, an exhibition of customised skateboards by 80 international artists at Quartier Général  in Paris. The funds will help children in Uganda to learn and play skateboard.