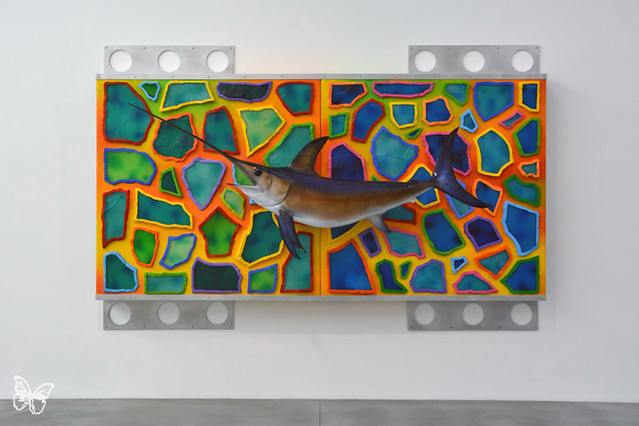 NewportStreet Gallery is currently showing a retrospective of works by US artist Ashley Bickerton.

‘Ornamental Hysteria’ spans more than three decades of Bickerton’s career and features 51 works, including a significant display of new and previously unexhibited pieces. It is the artist’s first UK show since 2009 and runs throughout all six spaces at Newport Street Gallery.

Bickerton moved to New York in 1982 and after working as a painting assistant to Jack Goldstein, he emerged as a key figure on the newly exploding East Village art scene. Within the context of the culture of commodification sweeping America he rose to prominence as part of an amorphous movement that was branded ‘Neo-Geometric Conceptualism’. Alongside artists such as Haim Steinbach and Jeff Koons, Bickerton endeavoured to reframe the practice of art production in response to the new, seductive mechanisms of desire at work in society.
Bickerton abandoned New York in 1993, eventually settling in Bali, where he still lives and works.

Throughout his career, Bickerton has challenged what we consider or define a painting
Multidisciplinary artist, Ashley Bickerton uses a variety of medium, from photocollage,  digital image, paint and sculpture  to create technical assemblages on the themes of opposition and duality: representation and reality, creativity and commodity, nature and artifice, idyll and apocalypse.

The gallery 1 presents a critique of contemporary consumer culture and the commodification of the ‘art object’ via steel and aluminium wall-mounted ‘Culturescapes’ from the ‘Logo’ and ‘Non-Word Word’ series. 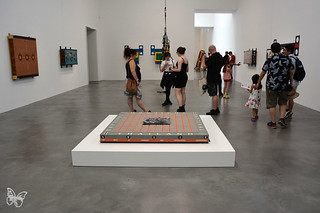 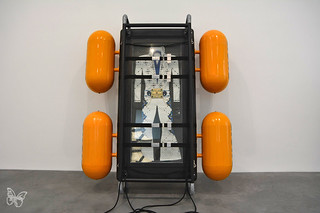 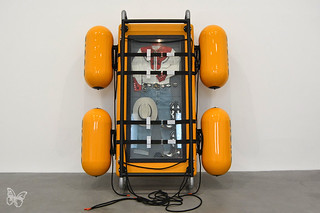 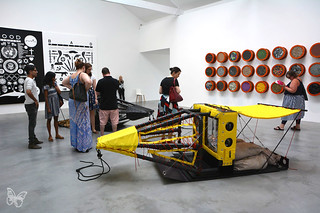 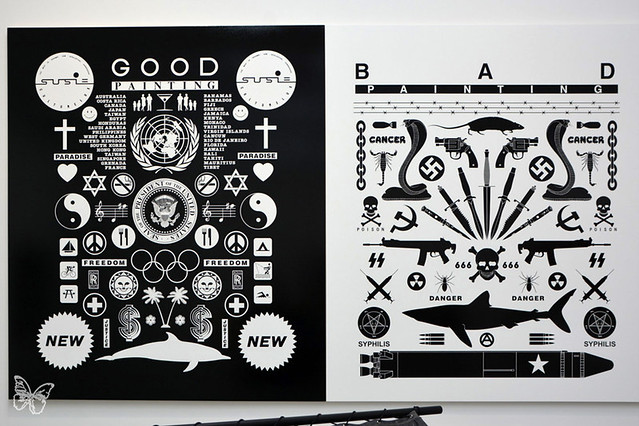 The monumental 5 Snake Heads  in the Gallery 2 showcasing a five-bodied, technicoloured serpent is a parody of the mythological figure of a self portrait of the artist. 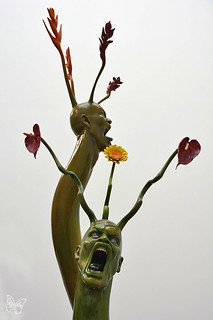 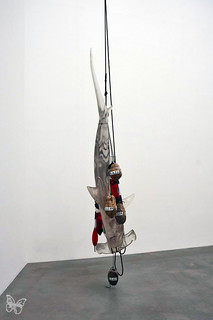 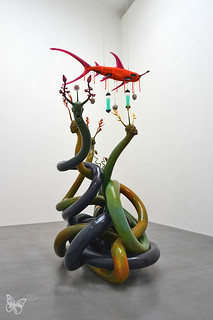 Colourful paintings like ‘Smiling Woman’ based on distorted and retouched photographs, illustrate models, family members and friends with heavy make-up as an overtly satirical and lurid vision of life on a generic Pacific / Caribbean island. 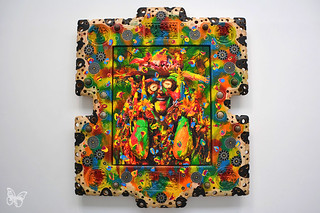 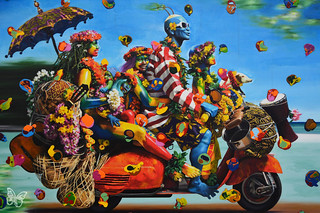 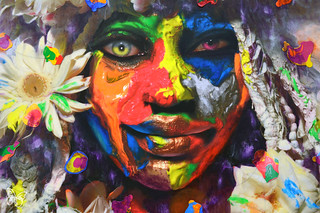 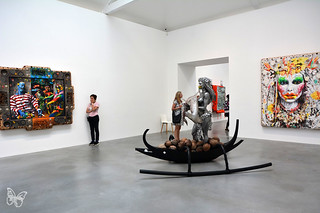 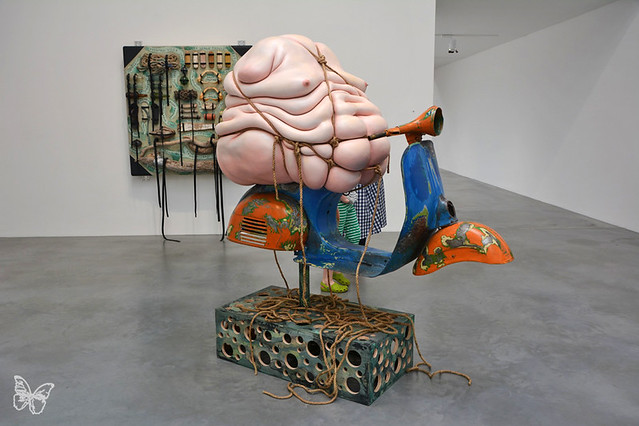 Galleries 3 and 4 feature Bickerton’s ‘Sea’ and ‘Landscapes’ – offering a tragic view of the devastating impact of man on the ecosphere. 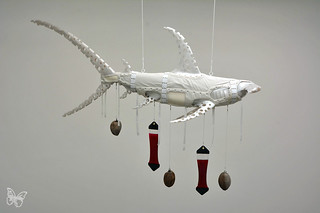 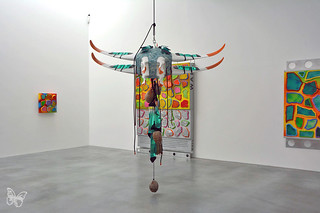 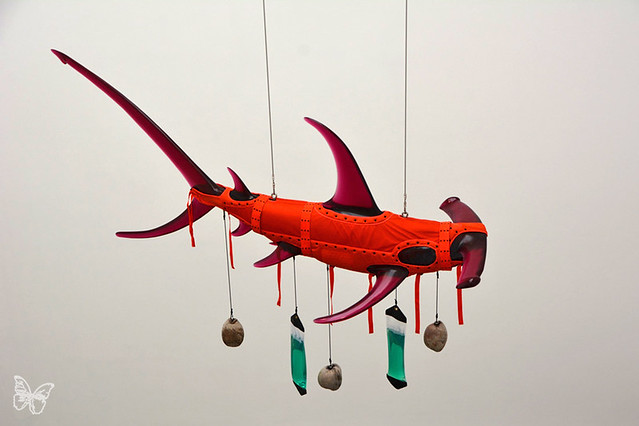