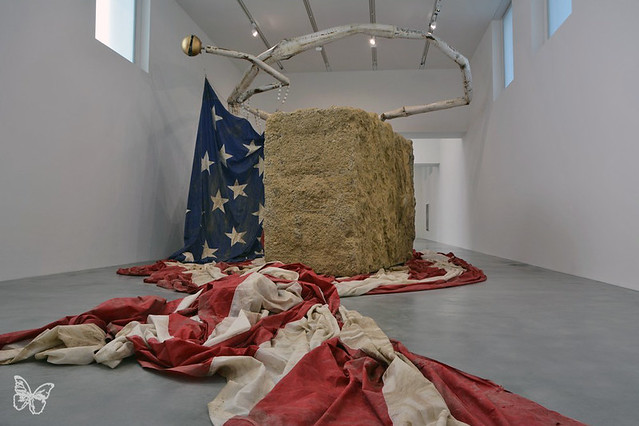 Newport Street Gallery is hosting a retrospective exhibition ‘Sweet Liberty’ by NY based artist Dan Colen. This is the first major solo show in London, surveying the entirety of the artist’s career to date and also featuring new paintings and large-scale installations.
Colen came to prominence in New York in the early 2000s alongside a group of young artists that was informally labelled the ‘Bowery School’. The group included Hannah Liden, Nate Lowman, Ryan McGinley, Agathe Snow and Dash Snow among others. 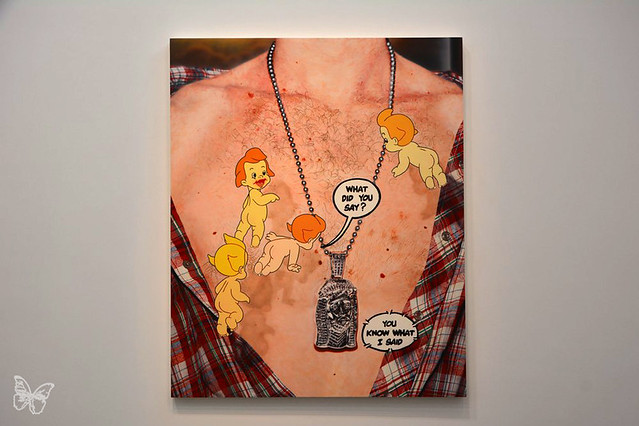 Playful and nihilistic, Colen’s work examines notions of identity and individuality, set against a portrait of contemporary America. ‘Sweet Liberty’ spans a period of seismic change in US history: the earliest painting in the show, Me, Jesus and the Children (2001–2003), was begun days after the 9/11 attacks, whilst the newest exhibited pieces were made in the wake of the 2016 presidential election.

Much of Colen’s work can be read as self-portraiture, or explorations of what the self means, particularly within the context of American masculinity. On entering the exhibition, the viewer is immediately confronted with The Big Kahuna (2010–2017), a giant American flag, with twisted flagpole and a 20-tonne concrete base, presented as if uprooted from the landscape. Barely contained by the gallery space, the flag was conceived as a self-portrait in 2010, after a challenging period in the artist’s life. Today, however, the political statement feels unavoidable; the flag’s bloated, patriotic machismo failed and laid to waste.

The show presents some of his well-known series of Gum paintings, made from countless individual pieces of chewed gum [Pop My Cherry! (2010). the use of trash objects appear widely in the composition of the paintings, the viewer can see a brush, a shoe amongst other objects. 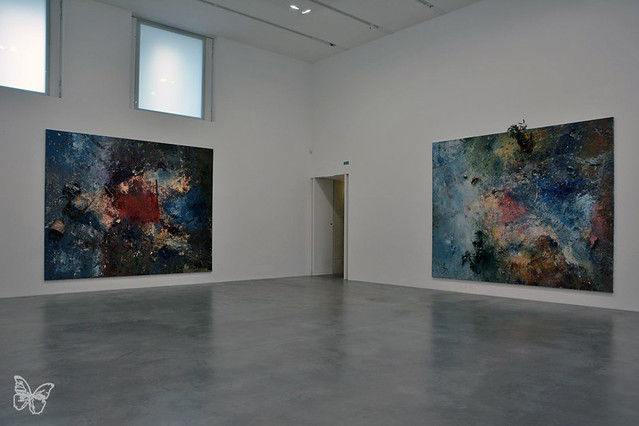 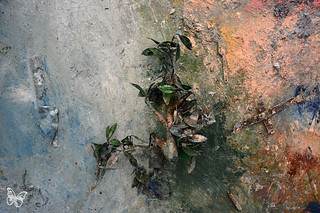 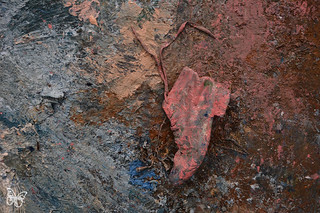 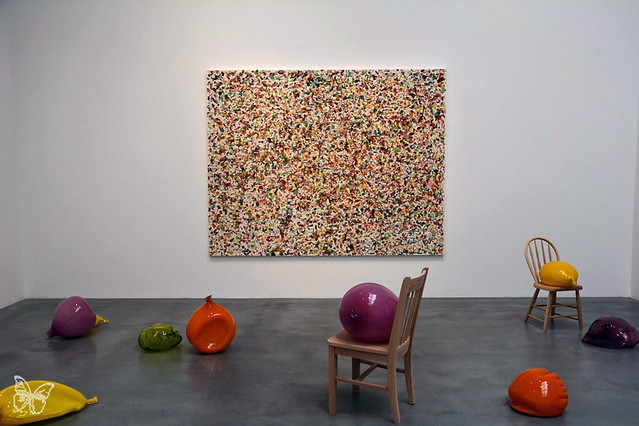 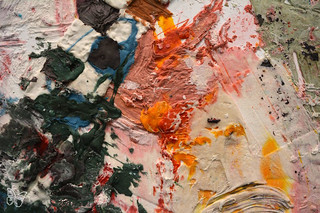 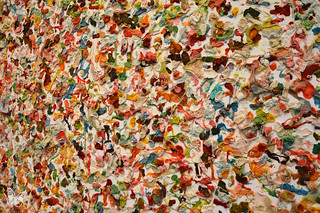 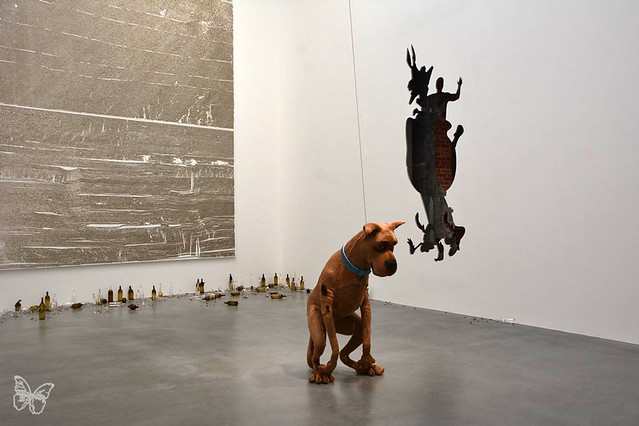 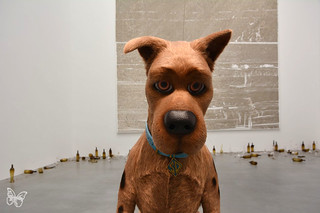 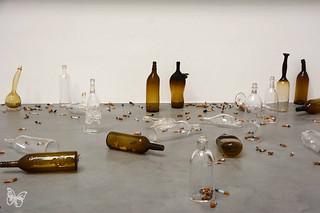 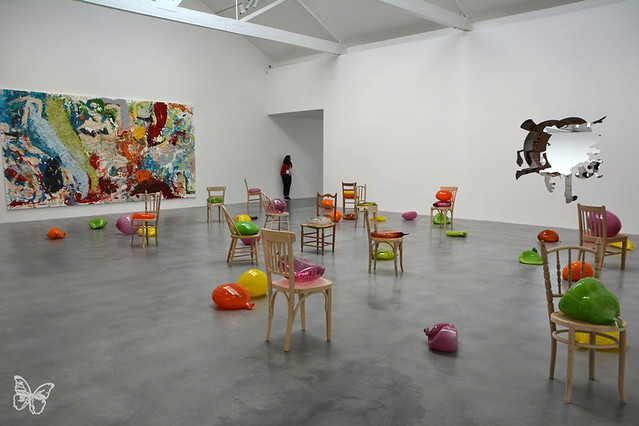 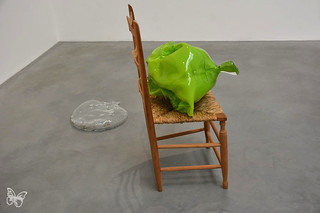 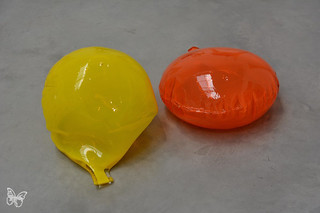 A significant collection of the artist’s Board works, in which slogans and phrases are seemingly spontaneously spray-painted, as well as paintings from Colen’s newest series, Viscera, also feature in ‘Sweet Liberty’. Conceived as details of rainbows, Viscera (2016) and Viscera (2016–2017) bear countless layers of unadulterated pigment in fractionally different shades, which combine to create dense hues. 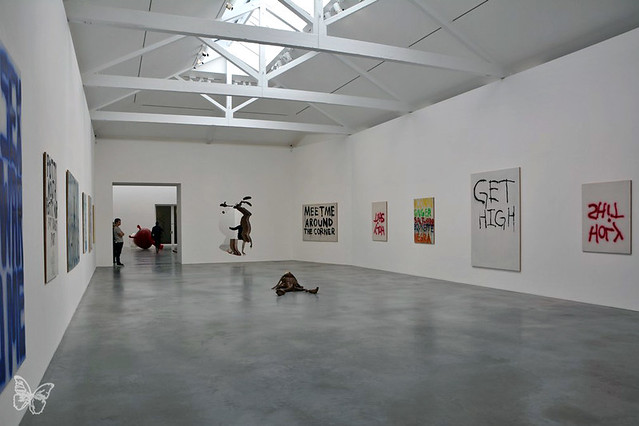 The presence of Colen’s extraordinary 2012–2013 installation, Livin and Dyin, is felt throughout the exhibition, in negative spaces punched aggressively through the gallery walls that expose the underlying brickwork. When Livin and Dyin finally reaches its denouement, it does so in the collapsed shapes of the cartoon figures of Wile E. Coyote, Kool-Aid Man and Roger Rabbit, as well as a life-size sculpture of the naked artist himself. Colen considers the all-American, male characters to be self-portraits of sorts. 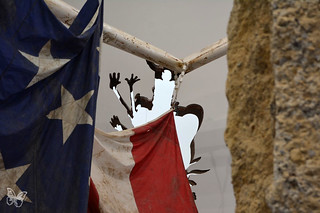 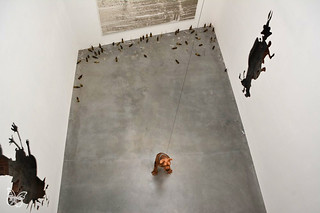 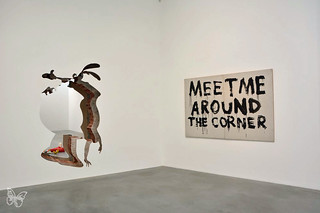 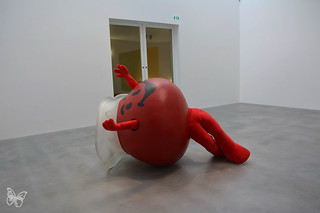 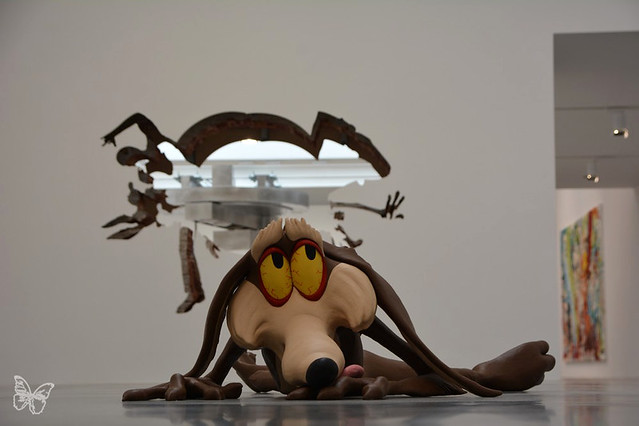 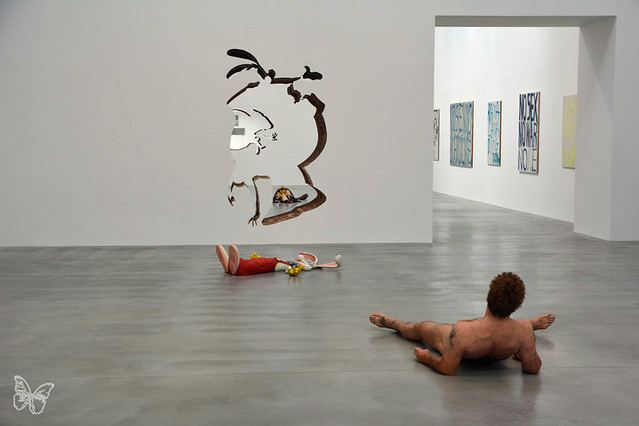 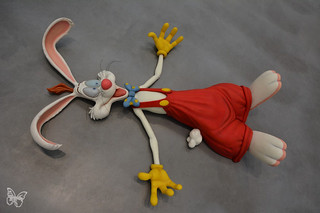 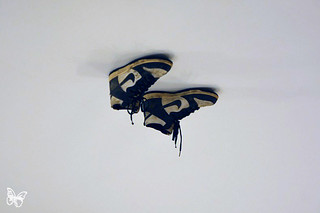 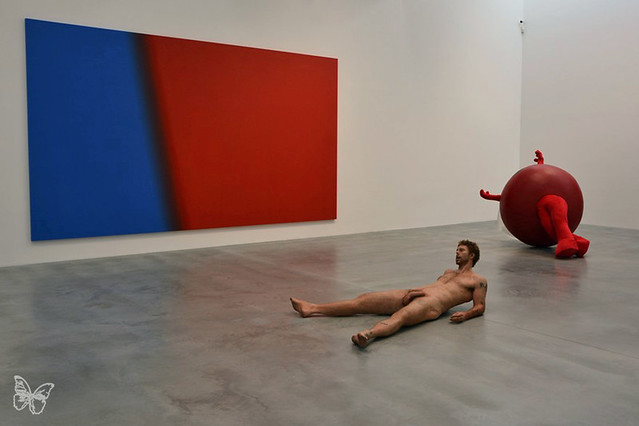