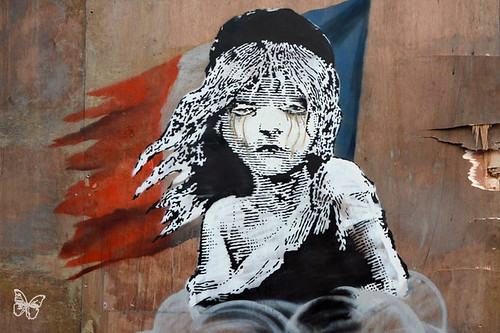 As mentionned earlier (see here) Banksy created a new artwork in London on Saturday night. As usual location is key and the new stencil appeared  on the corner of a very busy road of Knightsbridge, surrounded by lots of CCTV but most importantly opposite the French Embassy under the watchful eyes of security guards. 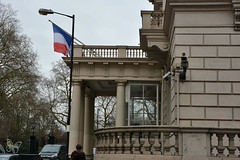 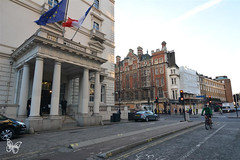 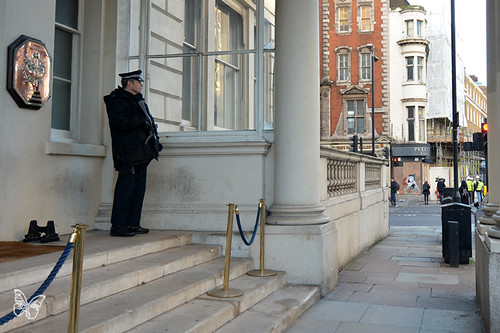 The mural is a re appropriation of the iconic image of Cosette for Les Miserables, the little girl depicted in the historical novel of Victor Hugo during the French Revolution, whose mum left to another family hoping she would get a better life.

The French flag, used as symbol of Freedom during the French revolution but also for Les Droits de L’homme (Human rights) is torn apart. Grey tears are rolling down the girl’s face, provoked by a cloud of teargas from the CS cannister laying on the floor.

The mural is a continuation of Banksy’s engagement in raising awareness about the migrant situation in Europe, and specially in Calais. It’s a direct comment on the recent actions by French authorities to destroy part of the Jungle and evict around 1,500 refugees using teargas.

France is the ‘Pays des Droits de l’Homme’, country of Human Rights, but looking closer at the living conditions in the “Jungle” camp of Calais, it is a total disgrace. 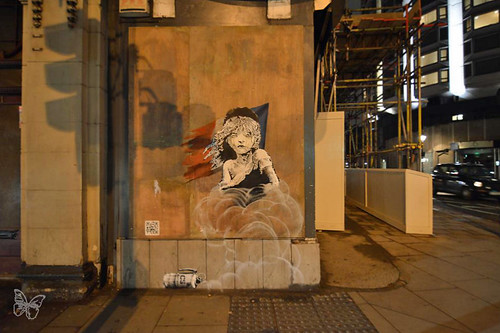 The mural also features an interactive piece, a QR code that directs you to a video showing the use of CS gas by French Police towards the migrants. 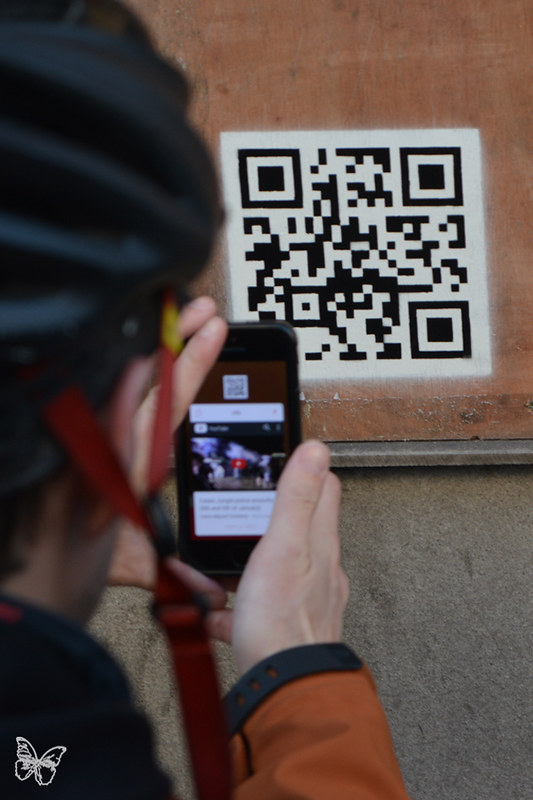 As soon as the mural was confirmed on Banksy’s website, a few attempted to steal the artwork overnight, but it only resulted in some visible damages. 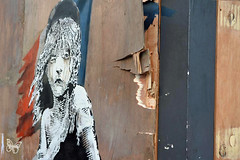 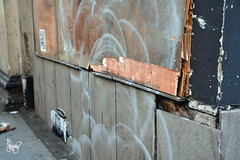 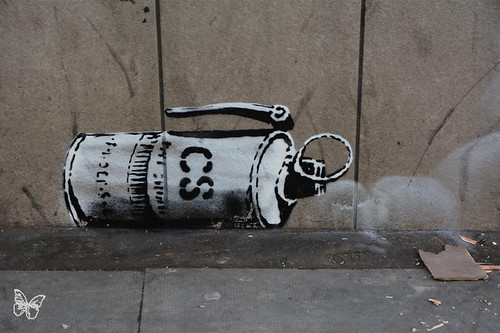 While builders were having a meeting on how to protect / remove the piece, more media and fans arrived at the scene. 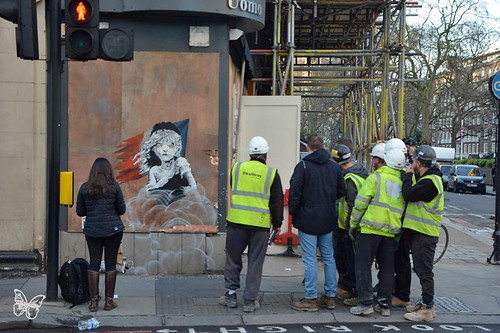 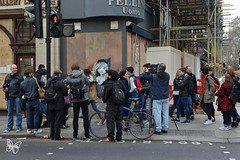 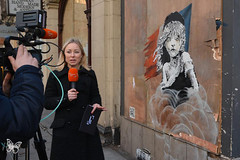 It was not long before builders tried to remove it, and failed miserably, noticing it was glued to another board (video).

It was subsequently covered and watched over by a security guard before being taken down permanently, only to appear in the near future at some art dealer or gallery. 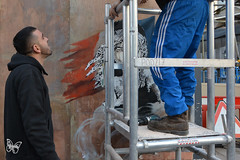 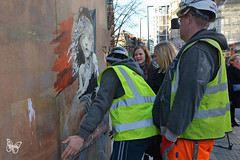 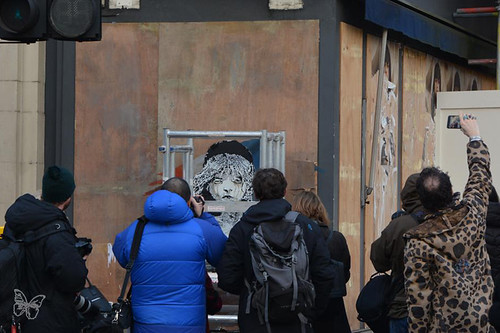 Despite the short lifespan of the artwork, let’s hope that it continues to raise awareness about the refugees crisis and inhuman living conditions in the Calais ‘Jungle’ camp and that authorities (regardless of their country flags) will work to  improve the situation for both migrants and local residents. 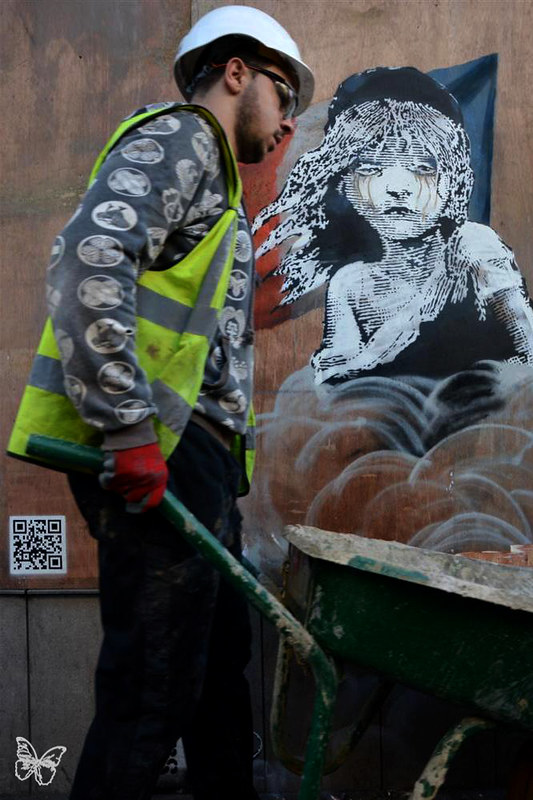