Curated by  Ziggy Hulot from the ZH Agency, Julien Cottret and l’Envers ,  Generations Boum Boum is celebrating until 4th June the underground techno culture with a wealth of events in Bordeaux (FR) from concerts , documentaries, workshops and exhibitions. From electronic music including electro, breakbeat, trance, techno to visual installations, the Generations Boum Boum retraces the artistic movement across generations since the 90s.

At Laboratoire BX, leading multidisciplinary artist from the underground techno scene <++ (covered) is presenting a multi sensorial exhibition called ‘FUTURE IZ PAST’, featuring an installation with kinetic machines and black and white rotoreliefs as well as original visual display sets . 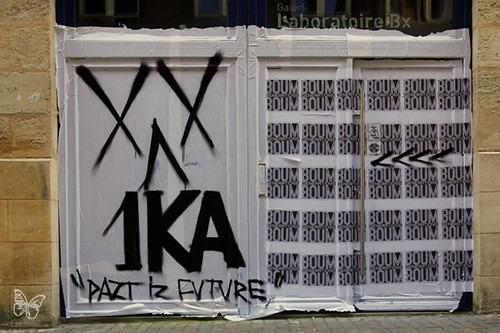 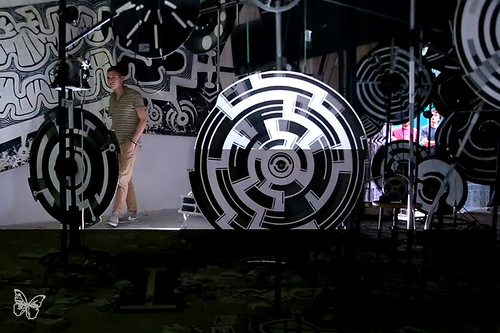 Originating from Marcel Duchamps, the name ‘rotoreliefs’ refers to optical illusions which appear as three-dimensional forms when displayed on a rotating surface such as a phonograph turntable. Once in motion they display a pulsating “relief” that oscillates between positive and negative space. Playing with black and white, light and dark, the visual intensity and emotion is increased by the flashing lights of the stroboscope and the viewer is no longer in control, but immersed by the experience.

A series of flyers with original visuals by <++ from the various free parties from the 90’s to date are scattered across the floor, reminiscent of a joyous and festive era. Videos taken during these techno parties enable the viewers to discover or revive the atmosphere of that period while performance artist 1KA also played live during the opening. 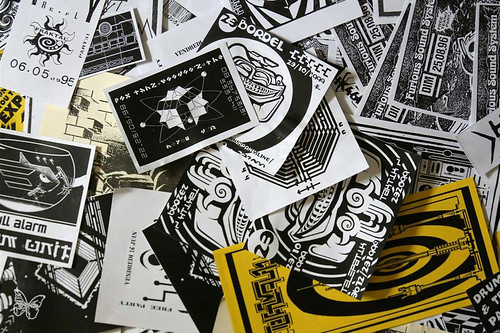 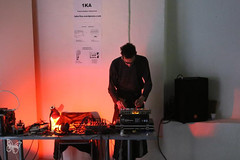 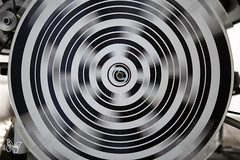 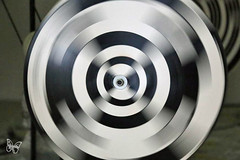 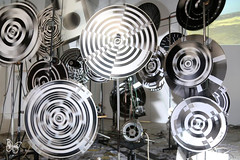 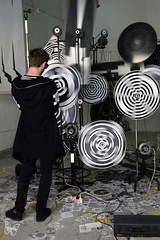 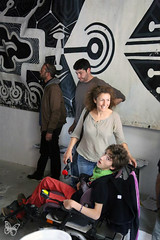 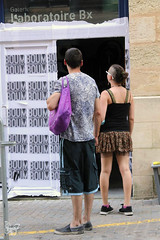 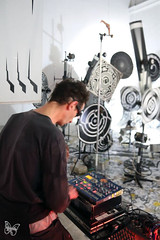 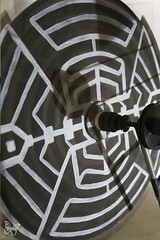 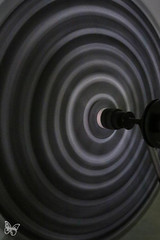 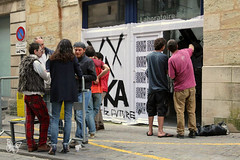 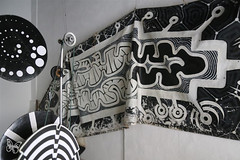 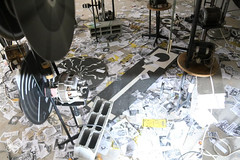 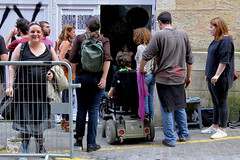 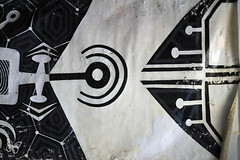 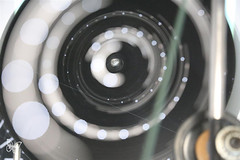 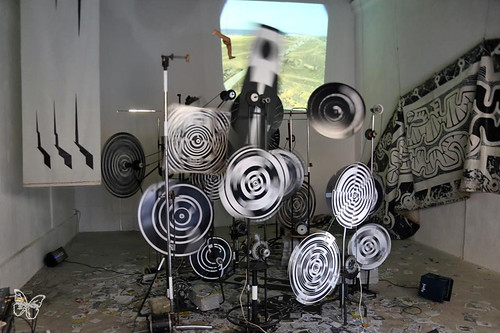 View the full set of pics here and the full programmation
of Generation Boum Boum. 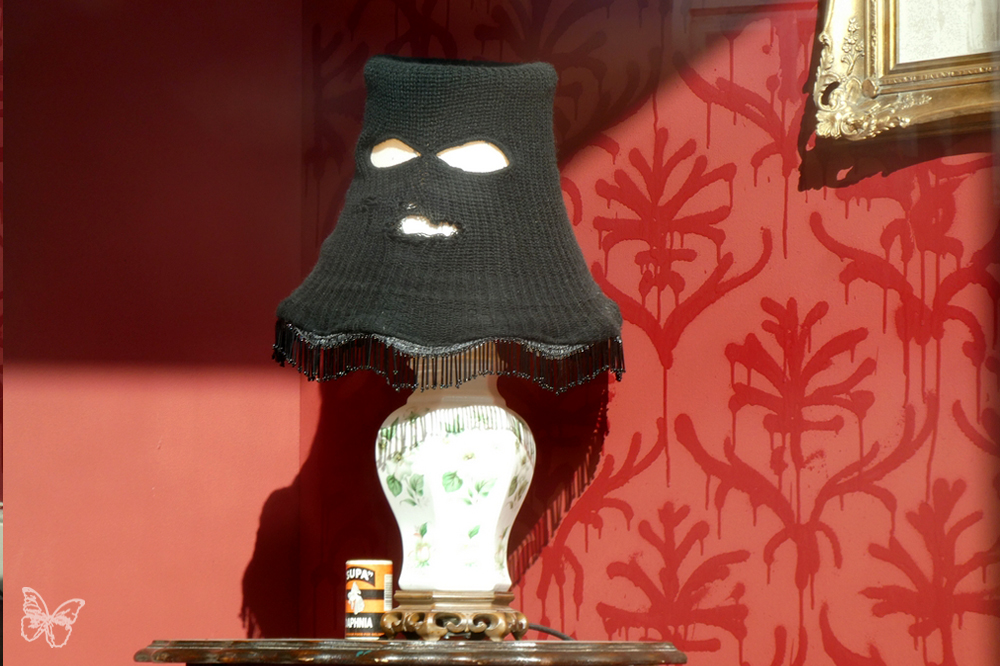