For the  new season Imaginez l’imaginaire at the prestigious Parisian institution  Palais de Tokyo , Jean de Loisy and Akiko Miki invited  John Giorno , major figure of New York’s underground scene in the 60′s and of the Beat generation, to adorn four of the freshly renovated building’s walls with his poem paintings.

Lek  and Sowat covered the walls with their signature style graffitis, on top John Giorno’s self adhesive vinyl letters, before pealing them off, thus revealing the american artist’s poems. 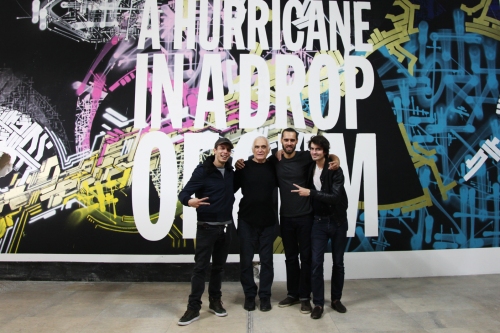 The artists then stashed the poem’s letters negatives to wheat paste them with the help of Dem189, on the river bank’s grey walls, opposite the Palais de Tokyo. 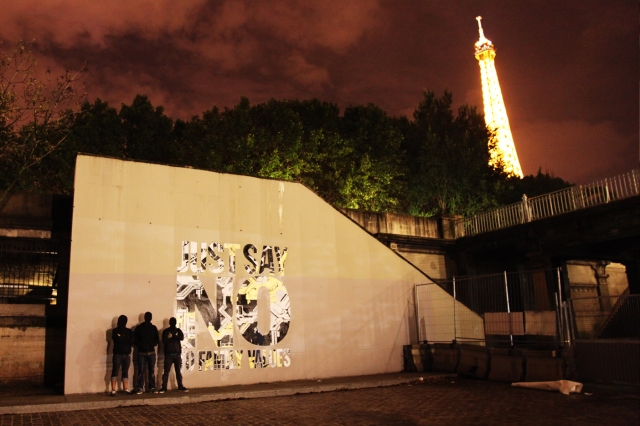