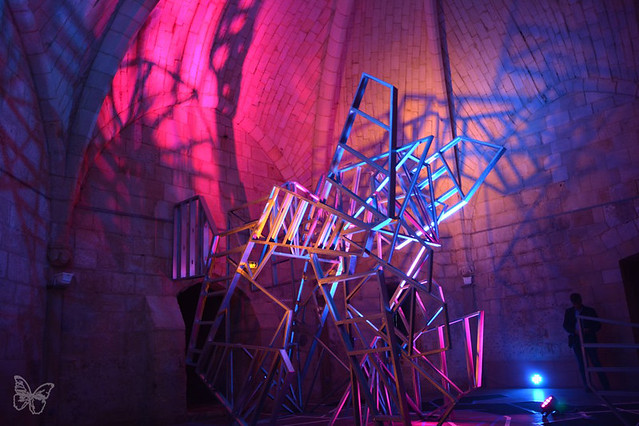 The Towers of La Rochelle, managed by the Centre des Monuments Nationaux (CMN), are currently presenting Graff on Tour(s) until 25 June 2018 with a focus on historical graffiti as well as artistic interventions by contemporary artists ( see our first preview here. Following a month residency, internationally renowned graffiti duo Lek & Sowat were given total freedom to create contemporary artistic installations in the Saint Nicolas Tower and the city of La Rochelle.

Looking up we noticed that the French flag on the Saint Nicolas Tower has been replaced by a pirate flag floating high with graffuturism and calligraffiti letters. There is no doubt: Lek and Sowat have taken over La Rochelle. 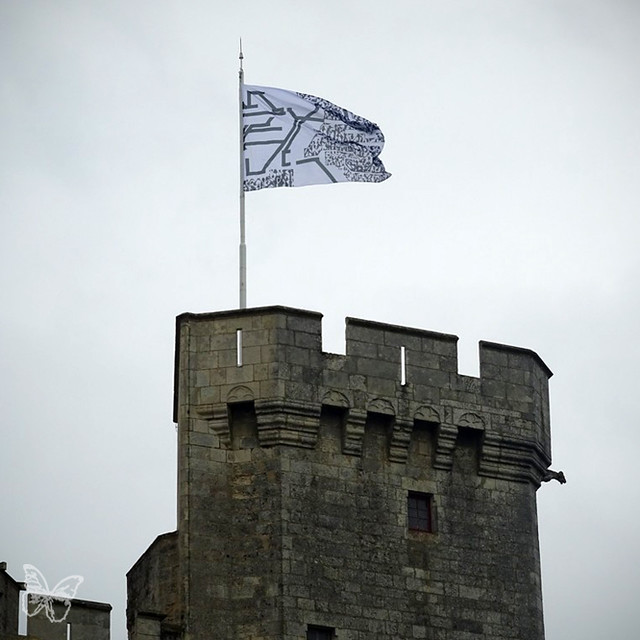 Known for their interventions both in abandoned places such as Mausolee ( see here) or institutions such as the Palais de Tokyo ( more here), Lek and Sowat were particularly interested by the historical monument of the Saint Nicolas Tower due to its architecture, context and history.

Some quick historic facts: during the 14th century La Rochelle was a centre of maritime trade and the Towers were controlling entry to the port by the many trading ship. From the 16th to 18th centuries, the Saint Nicolas Tower and the Chaine Tower were also used as prisons for Huguenots (French protestants) and foreign sailors, followed by military prisoners from the 19th century. Over 600 graffiti have been recorded, engraved in the walls of the Rochelle Towers, as testimony of imprisoned sailors during the various wars.

Lek & Sowat were inspired and intrigued by the story of the junction between the Saint Nicolas Tower and the Chaine Tower, mentioned in an old historical book of La Rochelle, added to the calculations of the architect Juste Lisch whose illustrations concurred with the possible existence of an arch between the two towers.

Based on this historical and utopian idea, they have imagined a graffuturist gateway with the help of their friend David ‘Tcheko’ La Tulipe. 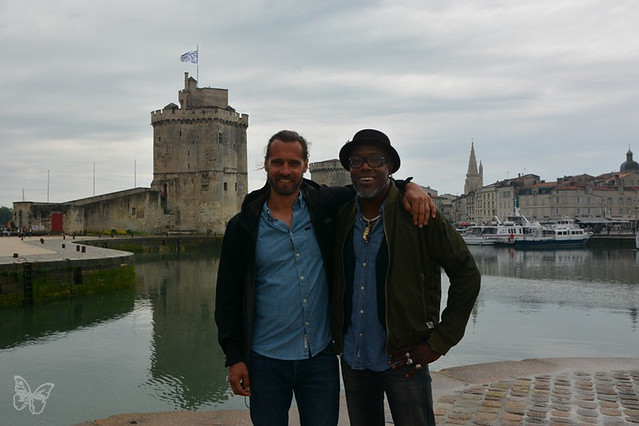 In the continuity of their work done at the Pavillon du Carre Beaudoin , both artists pursue their quest to push the boundaries of graffiti and contemporary art, this time by creating a multisensorial and immersive installation inside the Saint Nicolas Tower.

They wanted to recreate the feelings of fear and unknown so present when doing urbex (urban exploration), not knowing what you might find, but being excited as the same time.
Visitors descend the Saint Nicolas Tower’s stairs in total darkness until their feet touch the floor of the lower ground space. Then the adrenaline kicks in: Boom !

Vibration sensors connected to a set of nine lights trigger an infinite combination of light variations which evolve through the stamps of visitors. All the surfaces from the floor to ceiling are transformed and the shadows appearing from the metallic structure create characters and shapes on the walls of the Tower.

The immersive installation creates a new dynamic dialogue between the viewer and the historical tower, a vibrant and interactive display for all ages, where the viewer is also an active participant in the creation of the installation.

With their installation Lek and Sowat successfully take graffiti and contemporary art to another dimension, while giving a second life to the historical monument.

In addition to their installation, Lek & Sowat are releasing a special limited edition Tote Bag to support the protection of the French cultural heritage, available in CMN’s gift shops.

Stay tuned as we continue our visit of the CMN Cultural season across the summer
“Sur les Murs, Histoire(s) de Graffiti”.

1 Response to La Rochelle: Graff on Tour(s) with Lek & Sowat