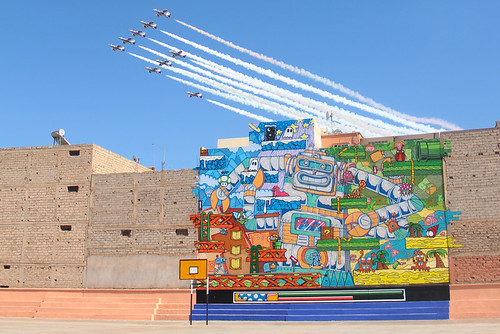 For the Educational Programme of the Marrakech Biennale, French artists POES and JO BER  just completed the largest mural in a mixed school in Morocco, painting a monumental 360 sq meters.

For the past four years, Ryane Abdelmouhcine, Headmaster of Tariq Ben Ziad, the largest mixed college of Marrakech with 2200 children, always been creative to motivate and inspire his pupils, hence the numerous sport trophies won by his children during his tenure. He got in touch with Abdelhamid Bousaadi from the Marrakech Biennale to express his vision and how his school could be involved during the Biennale. Together with the funding of the MONTRESSO* ART FOUNDATION and the support of Hanaf and Colorado, this extraordinary project came to light. 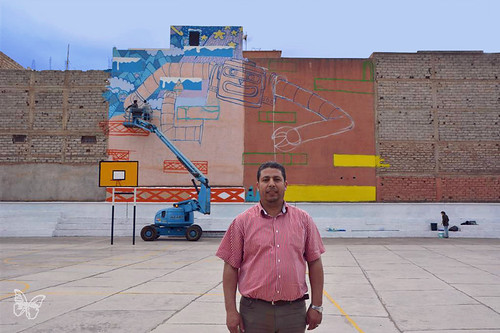 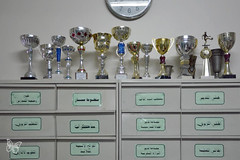 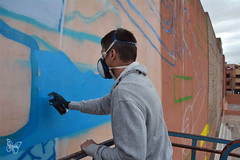 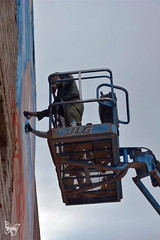 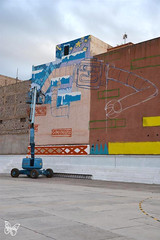 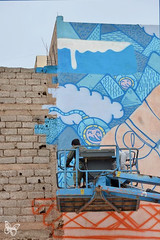 POES and JO BER worked together to create a revisited version of the infamous board game “The game of Life” created by Milton Bradley in 1861 and popular in the 90s.

The monumental artwork is designed to look like a video game. The Master of the game with robotic features invites the children in a playful world, with joyful characters and colourful experience. The adventure of Life goes through different seasons, starting in the spring with a growing tree of knowledge. The summer will be the time to escape and relax. The arrival of autumn reveals stairs, levels where they can gain additional knowledge. As winter comes, so does the snow and the urge to reach for the stars, and become a cosmonaut!

Through the seasons and cycle of life, artists POES and JO BER deeply desire to provide children of the college Tarik Ibn Ziad a joyful and creative vision of life based on knowledge. 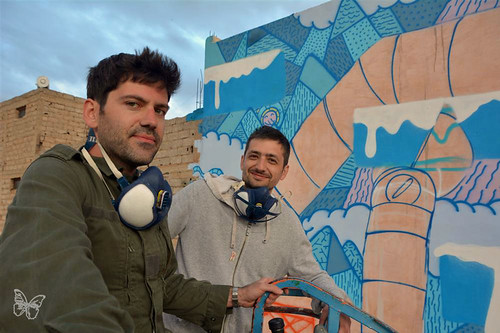 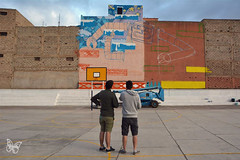 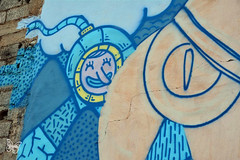 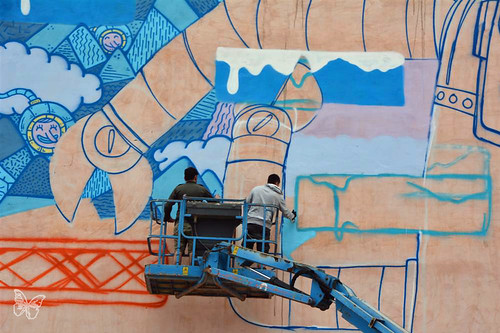 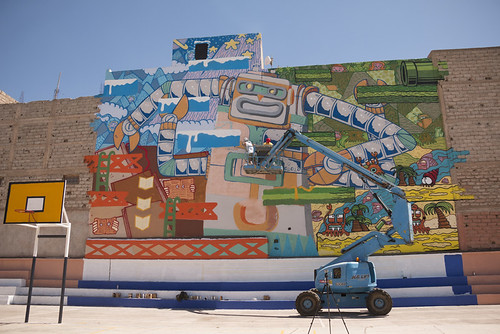 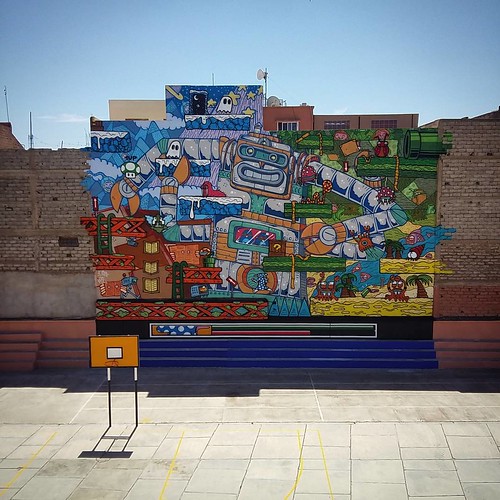 Sign of cultural openness and that the pupils aspirations and ambitions are supported, regardless of their background and gender, this one of a kind project is already the delight and pride of the boys and girls of the college Tariq Ben Ziad as they pose in front of it.

In parallel both artists  POES and JO BER have been working with 30 pupils to create a collaborative 2 x 10 meters within the school. 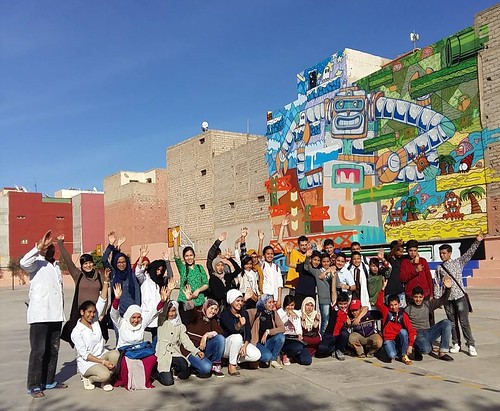 The ‘Game of Life’ mural by POES and JO BER is visible at the college Tarik Ibn Ziad,
rue El Bouraz, district M’Hamid in Marrakech.

One thought on “Marrakech Biennale: 360 m2 mural by POES and JO BER”