Banksy is back to his hometown in Bristol with a new piece that appeared overnight  on the wall of Bridge Farm Primary School.

The work was done as a thank you gift to the children that named one of the houses after him. A few weeks ago, the school ran a competition to change house names and the school officials wrote to Banksy’s team to let him know about it.

The doodle-style mural depicts a kid rolling a burning tire next to a house and flower, like a tongue in cheek  comment on the current society and riots.

The work was accompanied by a hand written letter by Banksy which reads :

“Dear Bridge Farm School, thanks for your letter and naming a house after me.
Please have a picture, and if you don’t like it, feel free to add stuff. I’m sure the teachers won’t mind. Remember, it’s always easier to get forgiveness than permission.  Much love, Banksy.” 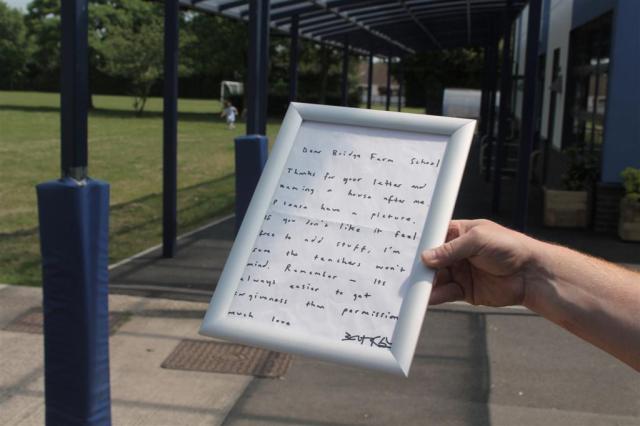 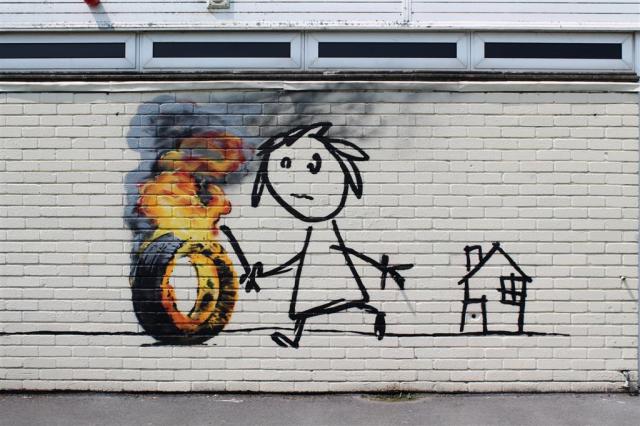 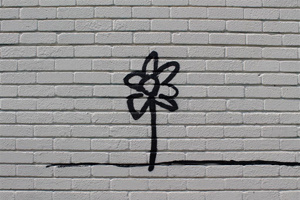 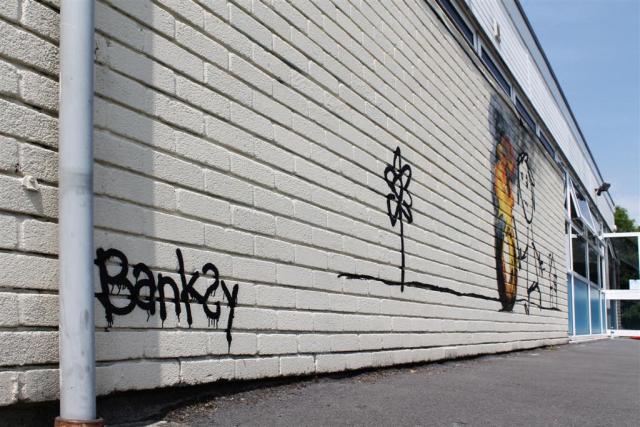