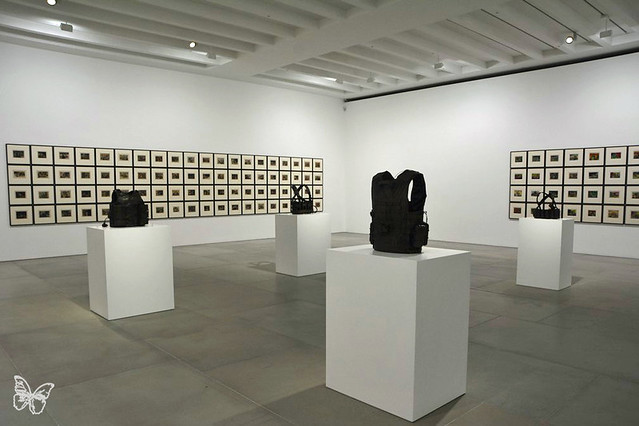 Jake and Dinos Chapman (covered), known for their provocative and pessimistic ruminations on human violence and barbarity , have created seven bronzes of suicide vests for Blain|Southern Gallery.

Made from images found online, the “life and death vests” are extremely detailed and real, apart from one which is based on a Hollywood film prop used in a Jackie Chan film.

The Chapmans’ work is often a response to the work of other artists. In this case, they were inspired by Jeff Koons’ Aqualung from 1985 (check our coverage on Jeff Koons retrospective here ) 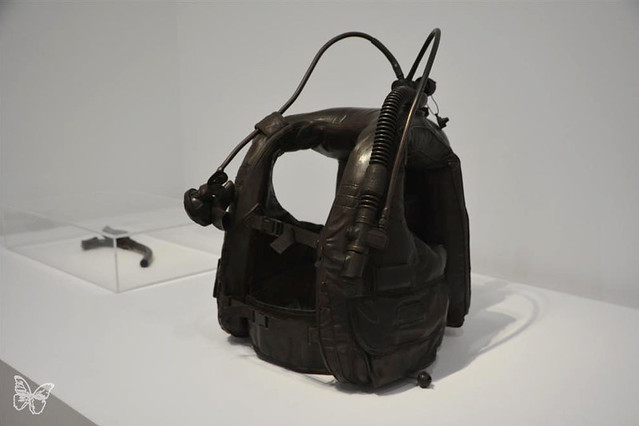 The bronzes clearly address world events but the artists have declined to speak about the new works.  Each bronze is being sold as a one-off, apart from the one based on a prop used in the Jackie Chan film Rush Hour, which the brothers bought from a movie props website. That comes in an edition of six. 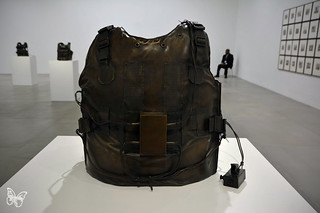 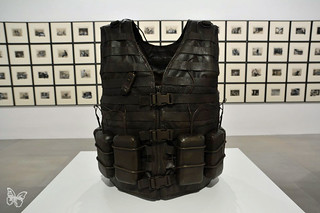 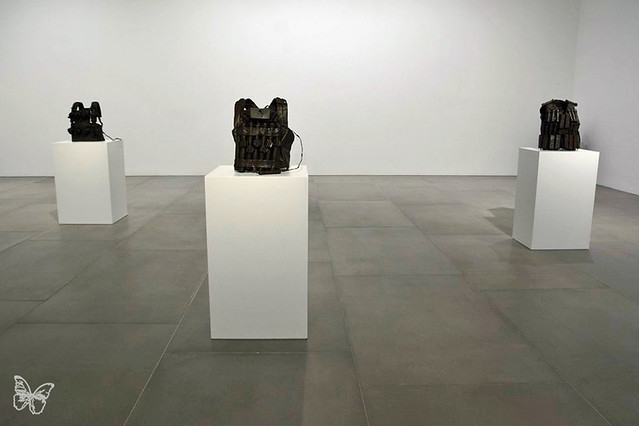 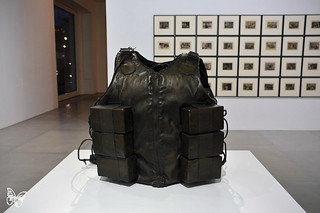 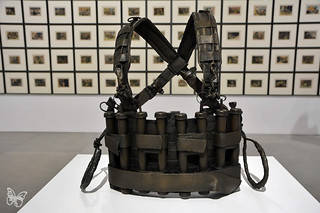 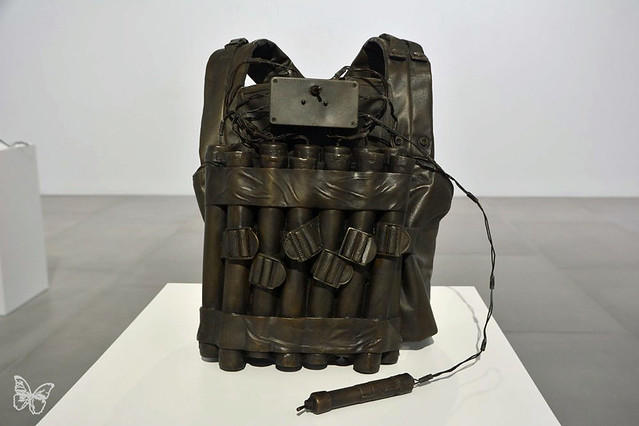 Also on display, Jake & Dinos Chapman continue to expand on their career-long preoccupation with Francisco Goya’s series of etchings, The Disasters of War. The Disasters of Everyday Life presents three full sets of Goya’s prints, each set substantially reworked in collage, watercolour and glitter by the Chapman brothers with their own wit to depict the absurdity of war. 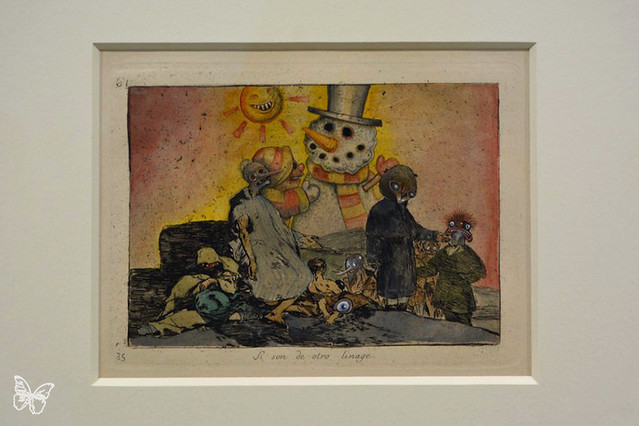 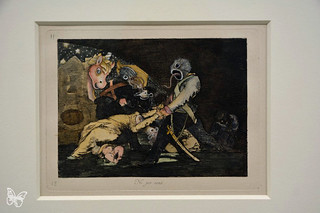 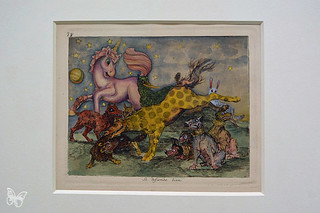 This entry was posted in London, Shows and tagged Blain|Southern gallery, Chapman brothers, Jack and Dinos Chapman, London. Bookmark the permalink.
%d bloggers like this: