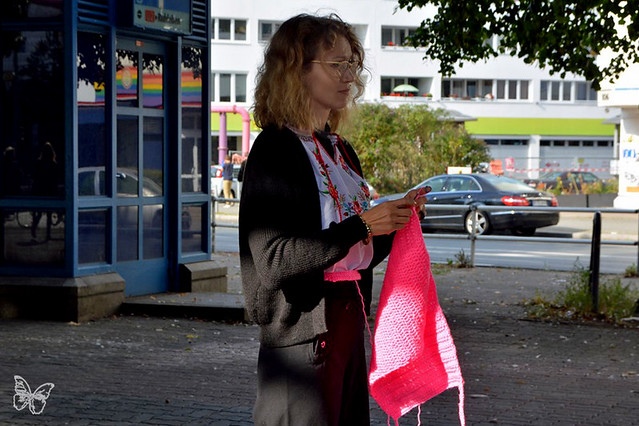 In conjunction with the official opening of the Urban Nation Museum in Berlin, among the 150 invited artists, 35 were asked to do site specific installations in the Art Mile in Bülowstrasse. NY artist OLEK created an integrative neighbourhood project, where OLEK and her team took her crocheted art materials to the streets for a live performance.

OLEK looked for crocheters of all skill levels to join as performers. The public performance piece transforms the process of making art from a solitary act into a collective adventure. During three hours under the elevated subway between Bülowstraße and Nollendorfplatz stations, Team OLEK meditatively and silently performed “Keep Going” by crocheting bright pink naprons on a loop, while the crowd was passing through. 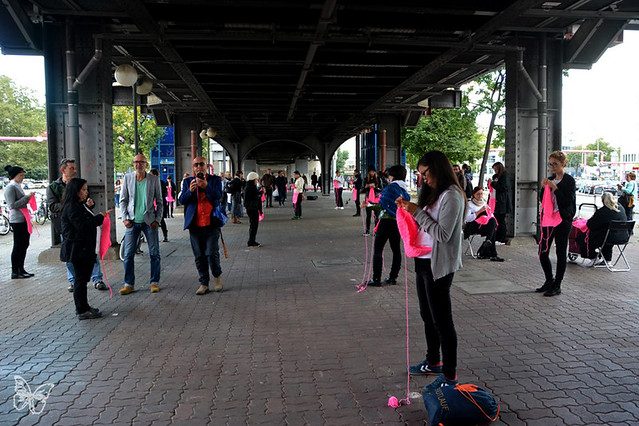 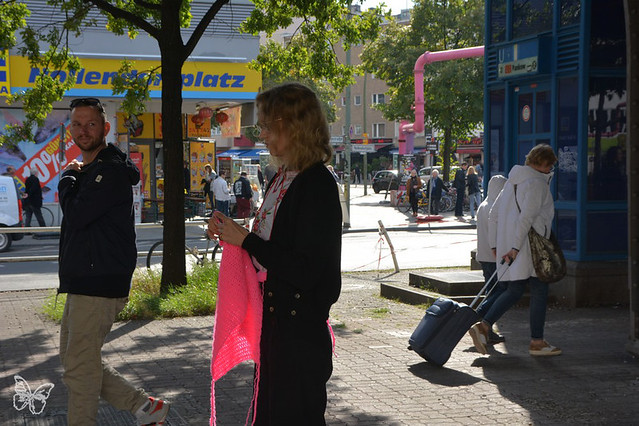 In OLEK’s work, the use of the pink colour is a symbol of a bright future filled with hope, but also a fight for freedom and equality, human rights regardless of gender and sexuality.  Her art has always sought to bring colour and life, energy, and surprise to the living space.

Gathering people of all cultural backgrounds and gender, the crocheters of Team OLEK peacefully showed that we are stronger together, giving a sense of unity, love and community. 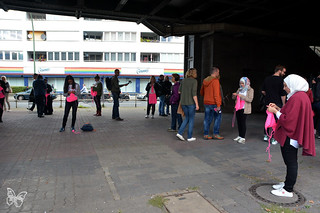 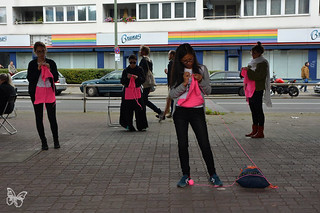 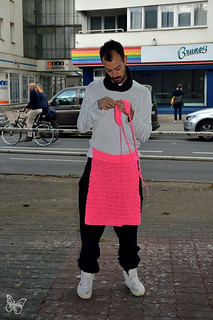 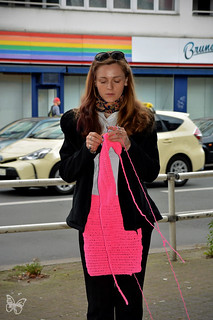 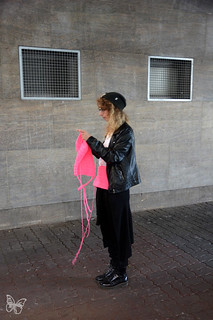 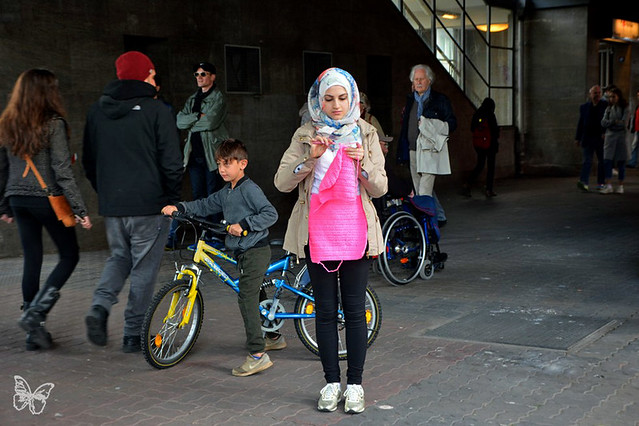 ‘Keep going’ is a tribute to the never ending flow and circle of life, an act of resilience despite obstacles.

A video by Director Ulle Hadding documents the performance and observes Team OLEK as they continue crocheting peacefully while surrounded by an unstoppable traffic of people.