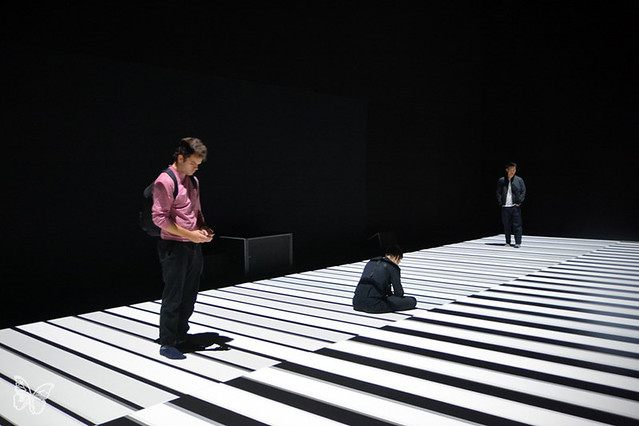 In celebration of the 50th anniversary of the Lisson Gallery, the gallery is partnering with The Vinyl Factory to stage an ambitious group exhibition called ‘EVERYTHING AT ONCE‘, inspired by a quote by John Cage in 1966 “Nowadays everything happens at once and our souls are conveniently electronic (omniattentive).”

More than ever before, contemporary art, like life, assaults us simultaneously from all angles and from anywhere on the globe, existing also as multi-sensory visions of an accelerated world. Time and space are no longer rational or linear concepts and great distances can be traversed with an instantaneous click.

Through 45 new and historical works by 24 artists, ‘Everything at once’ is a multi-sensorial experience, an interconnected journey exploring effect and event, invoking immediacy and immutability in the 180 Strand building, home to the Vinyl Factory.

In parallel to the exhibition, Ryoji Ikeda’s ‘Test Pattern [No.12]’ – commissioned by Store X The Vinyl Factory – is a discombobulating experience, in which black and white bar code-like patterns pulse in the darkness. The Japanese artist and electronic composer converts data from music and photography into monochrome binary patterns, immersing gallery-goers in a dazzling kinetic environment. 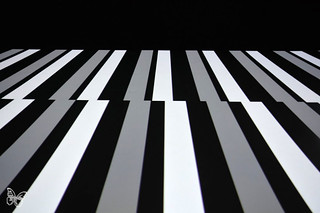 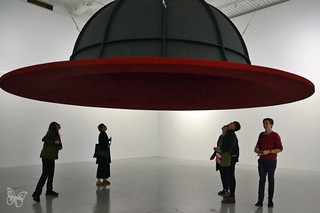 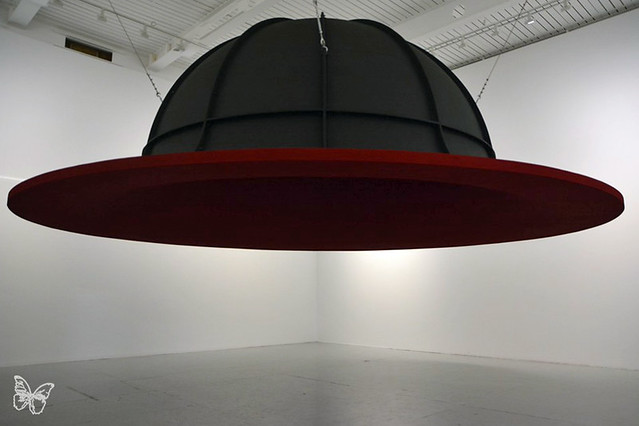 To kick off the exhibition, the ground floor contains important sculptural statements from the last century by Anish Kapoor – At the Edge of the World II (1998) , a UFO like installation that floats above head height, receding seemingly impossibly into space and time – while Richard Deacon presents his own takes on materiality and multidimensionality. 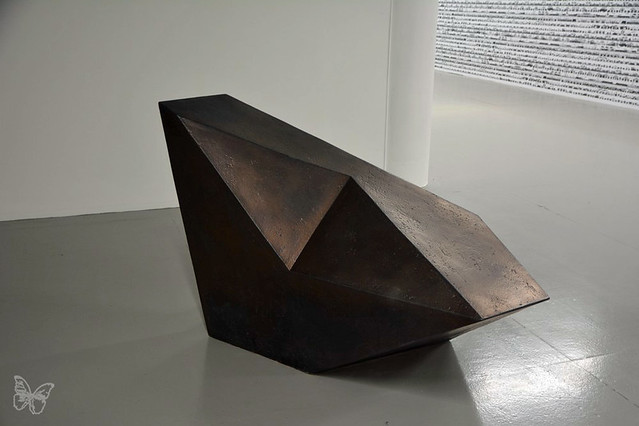 Ai Weiwei’s giant wallpaper installation stretches 50m along the building and depicts people’s continuing movement across the globe, paired with a landscape of blasted tree roots – together speaking of displacement, conflict and alienation, a reference to the ongoing global refugee crisis. 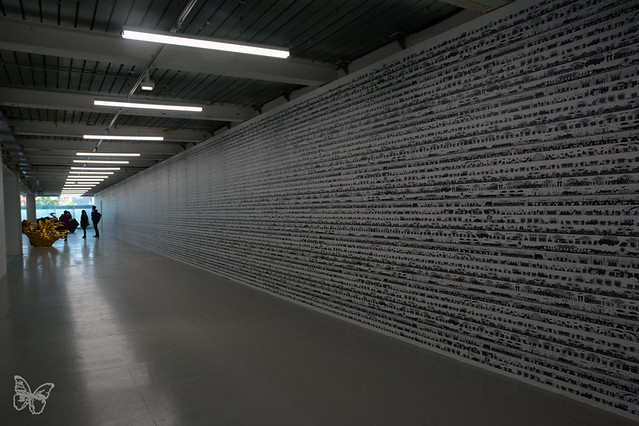 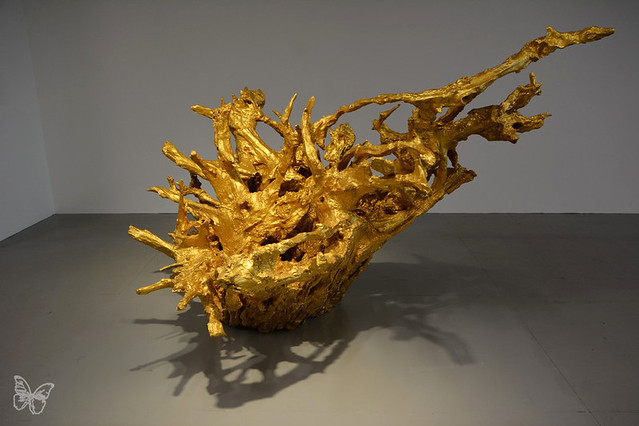 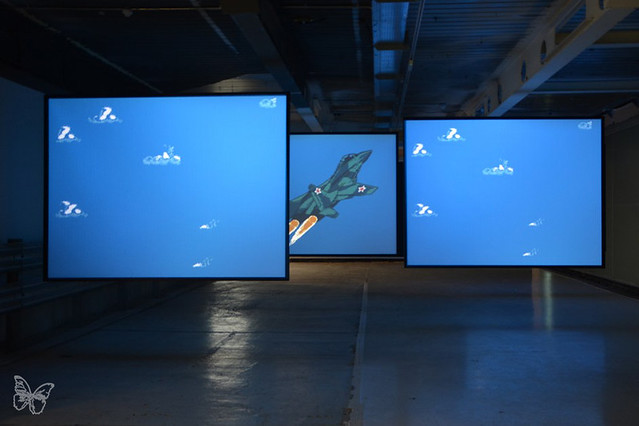 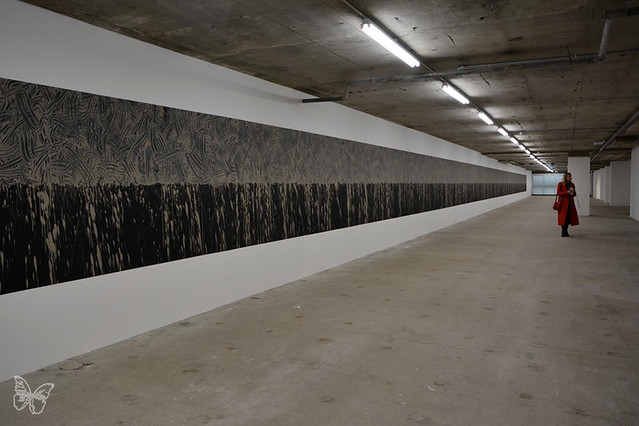 Stanley Whitney  is exploring the formal possibilities of colour within ever-shifting grids of multi-hued blocks inspired by music and dance. 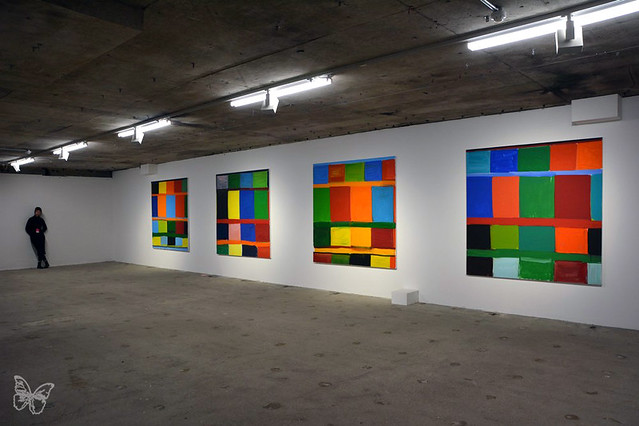 Works by Ryan Gander present four metallic sentinels in dramatic postures displaying a range of emotions while remaining faceless, as well as a draped mirror and a stairway to Heaven. 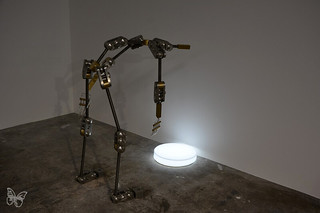 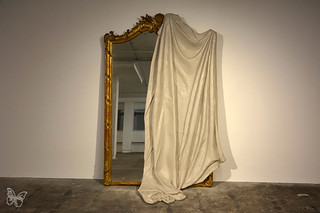 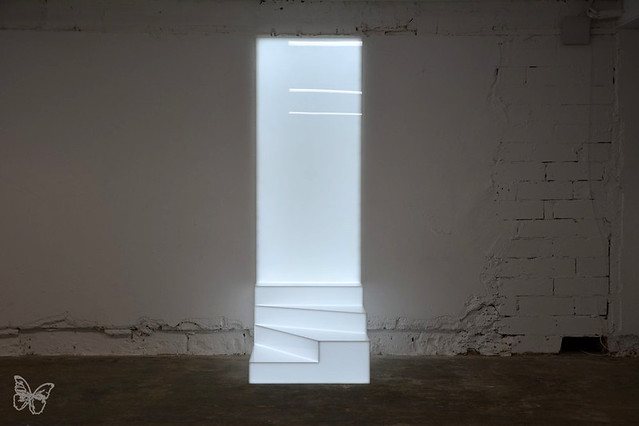 ‘Minster’ totemic sculptures by Tony Cragg built from scraps of rubber, stone, wood and metal recall the spires of a cathedral . 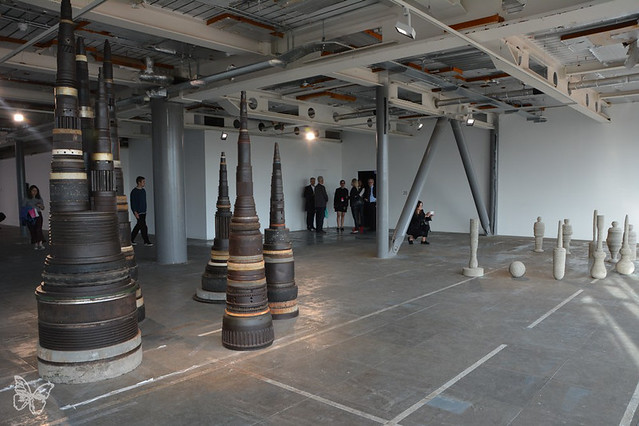 Susan Hiller’s installation entitled Channels,  showcases a series of 104 analogue television screens with a collection of audio accounts and oscilloscope recordings of people who have experienced death and returned to tell the tale. These vivid stories in many different languages constitute a remarkable contemporary archive, whether the accounts are regarded as metaphors, misconceptions, myths, delusions or truths. 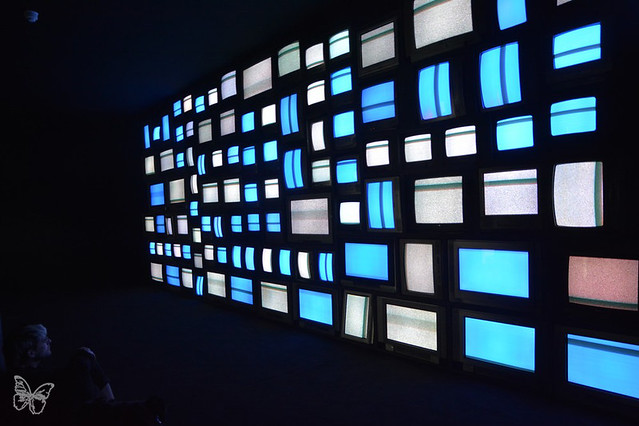 Everything at Once
Until 10 December
180 The Strand,
London, WC2R 1EA