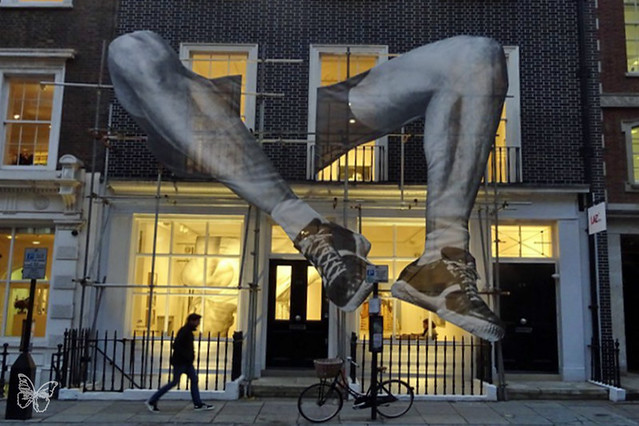 The name of the presentation directly references the artist’s ongoing GIANTS project which made its debut during the 2016 Olympic Games in Rio de Janeiro, Brazil, where he created enormous black and white prints of athletes jumping over Rio’s buildings, swimming in its ocean, and diving off its mountains like Greek titans. .

Even if pictures of the installations in situ might look good, it’s very difficult to recapture their impact.   So to give some sense of the scale of the project in the gallery space settings, the viewer has to walk underneath the massive paper head and shoulders of Sudanese high jumper Mohamed Younes Idriss, fixed to scaffolding, just to get in.

At the same time, visitors can discover the artist’s process from start to finish with behind the scenes items like architectural plans that were created to support his large-scale installations, installation permits collaged into 3D-printed digital reliefs of the final images, and look at the artist’s digital photography techniques. 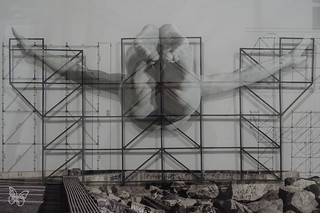 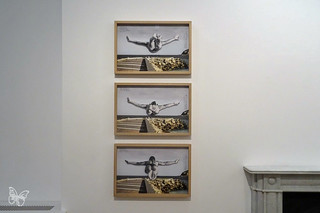 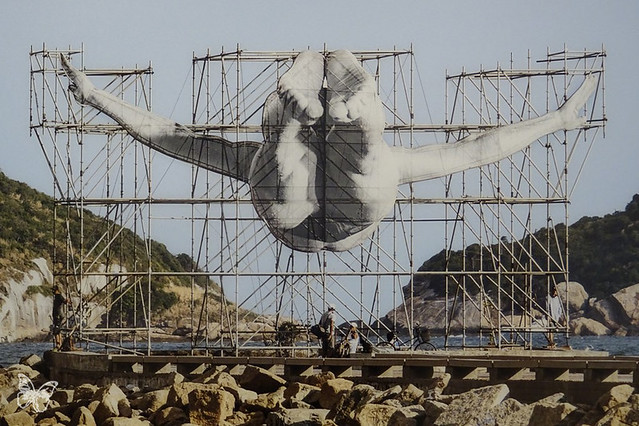 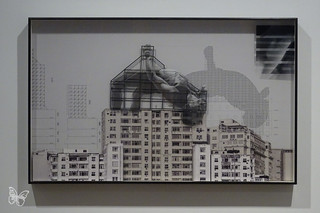 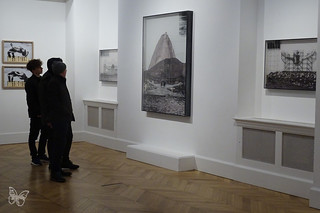 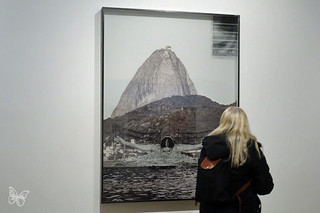 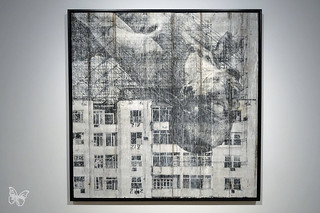 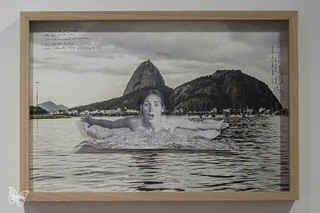 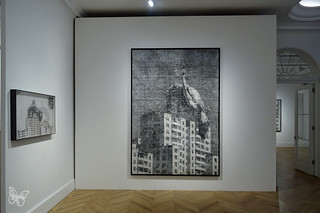 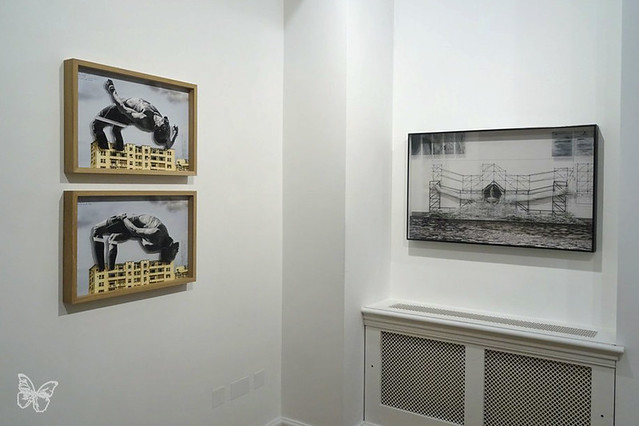 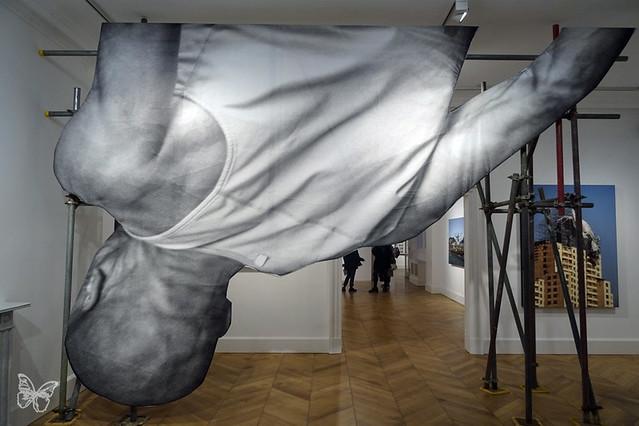