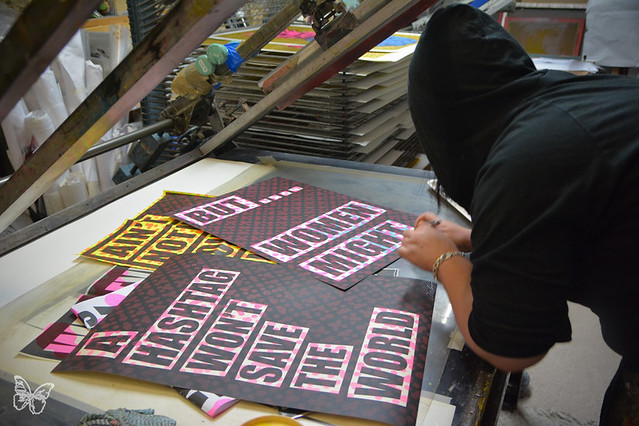 ‘Who’s afraid of Aida Wilde?’ says one of the signs in the studio, surrounded by a screaming cute neon pink dotted kitty with dark kiss make up. Screenprinting is her ‘Weapon of Choice‘, as ‘Print is Power’. 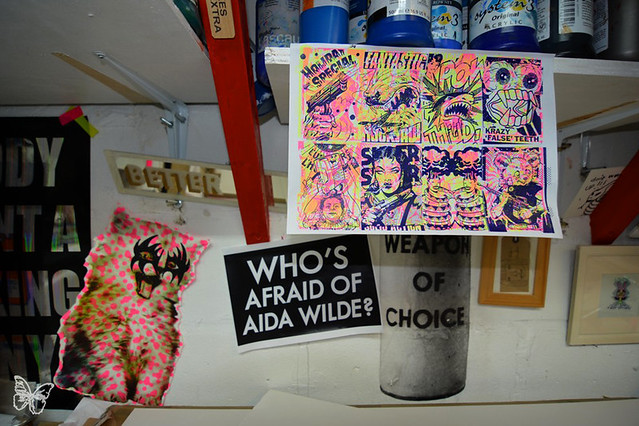 Born in Iran, Aida arrived in the UK in the mid 80’s as a political refugee. She has been a professional screen printer for the last twenty years and has been pushing boundaries of the screenprinting techniques and transforming this traditional art form into fine art.

Hailed by many as a screen-printing genius, her unique style expresses her ongoing battle to bring alternative elements together, the graphic and the classical, whether this is through neon pop colours ( pink preferably), texture (glitter, velvet…) or through image. Some examples include a flocking velvet effect on a leapoard print to make it feel and look like a fur rug, or the use of the screen as a mono-printing tool to develop her ‘Life: Still’ edition. 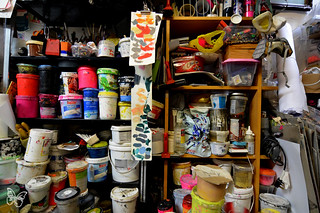 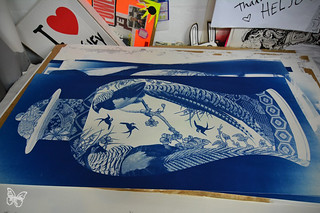 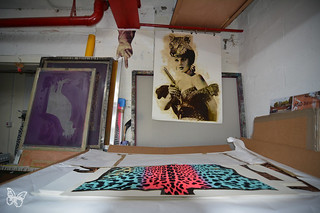 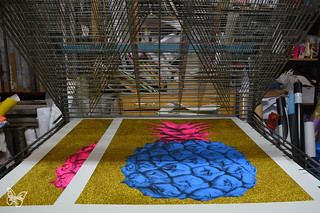 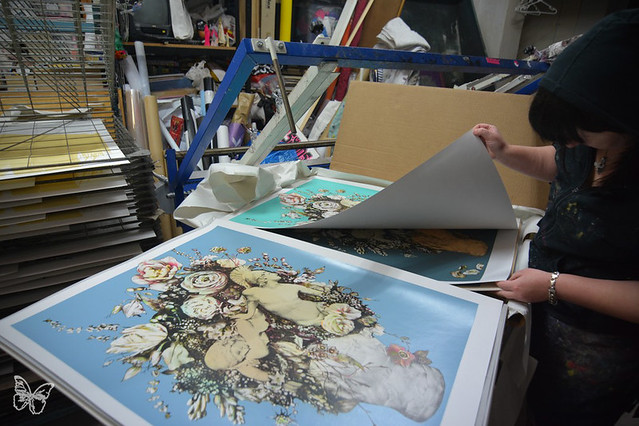 Her most famous works are her colourful slogan paste-ups that can be found in the streets of London, Berlin, New York, Malaga or Aberdeen, featuring light hearted topics as well as raising awareness on sensitive subjects like gentrification, education and women’s rights. 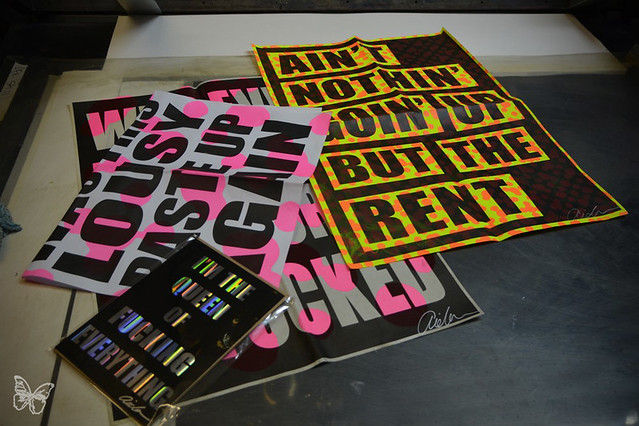 In 2009 in response to the financial and economic crisis Aida created a pink, black and white spotty slogan ‘There’s A Credit Crunch Not A Creative Crunch’, which is being featured at the Victoria & Albert Museum since 2011.

Strong advocate of women’s rights, her work has been featured at The Women’s Art Library (see our coverage here).  Her HASHTAG series of works was used for the Brandalism  project (covered) and the global project Subvert The City, which saw the world’s first coordinated international ad takeover & over 60 creative actions in 38 cities in 18 countries around the world. Aida still continues with her facilitating role with various workshops and community projects through Print Is Power – Reclamation Nation & more currently, Sisters In Print (All female international print collective). 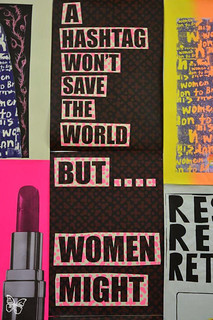 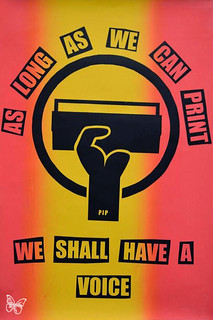 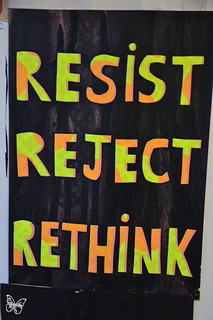 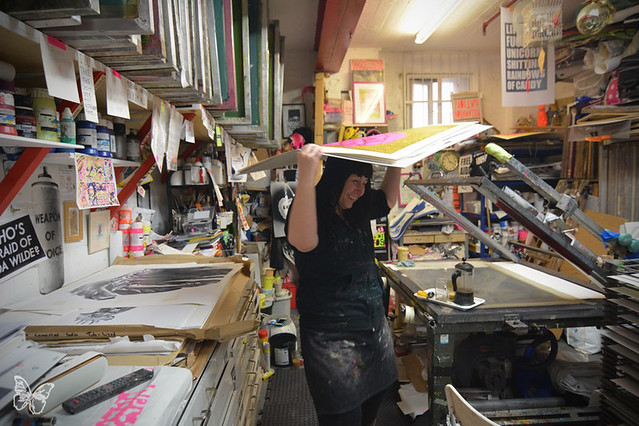 So to celebrate the 8th March 2018, Aida is releasing a special screenprint from her famous Hashtag series ‘ A HASHTAG MIGHT NOT SAVE THE WORLD BUT … WOMEN MIGHT’ for one day only.

Initially before the craze of social media, this print was also part of the Brandalism campaign in Paris in 2015 and the statement is more valid than ever.

So grab yours here

Pictures courtesy of the artist and by Butterfly Art News

One thought on “London: Studio Visit with Aida Wilde”