A new mural appeared in the streets of Paris . A black and white stencilled little girl standing on a wooden palette is painting a pink wallpaper over a Nazi cross.

It bears all the tales of Banksy. Timing and locations are key: It’s world Refugee Day and the artwork is located on the wall of dismantled refugee camp in the north of Paris. 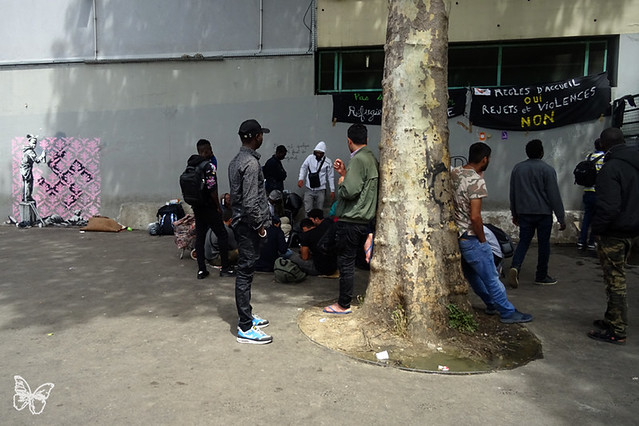 It’s the first time that Banksy paints in Paris

The image is reminiscent of his 2009 artwork ‘Go flock yourself’, with the same wallpaper pattern. 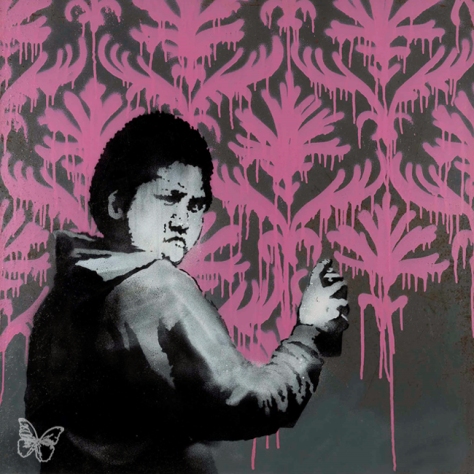 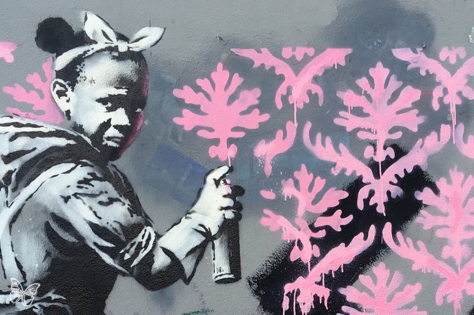 The little girl is homeless as shown with her teddy bear and duvet stencilled on the lower part of the wall. Banksy continues to fight against xenophobia and continue to raise awareness about the refugee crisis. 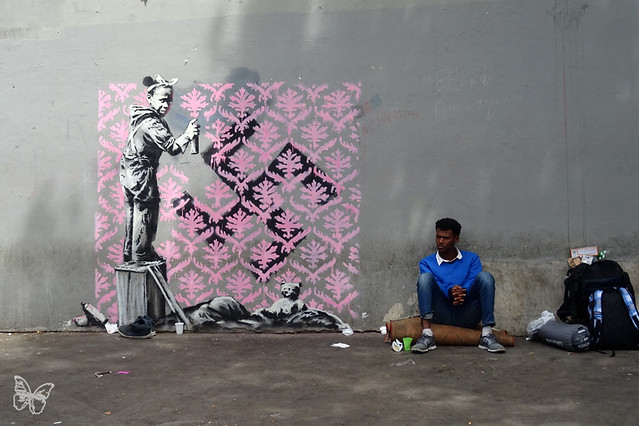