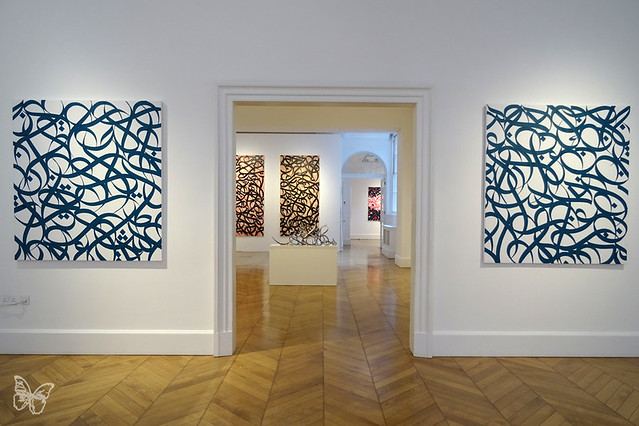 Tunisian-French contemporary artist, eL Seed has just opened his first UK exhibition entitled Tabula Rasa at Lazinc in London. We documented his previous visit to the UK capital in 2015 ( see here), where he painted a mural with this signature style: an adaptation of traditional Arabic calligraphy. 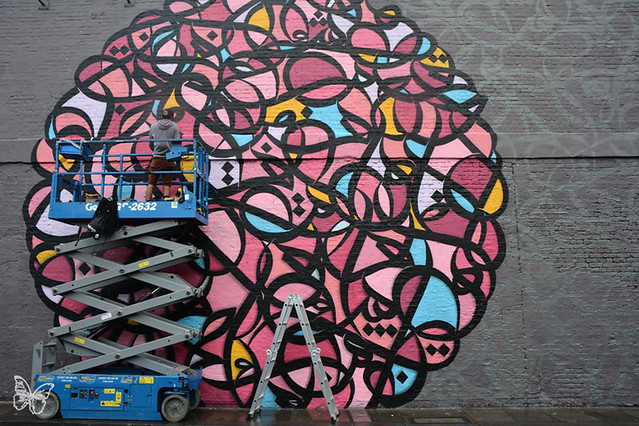 Within his intricate compositions, el Seed emphasises the curves and loops of the script removing a layer of legilibility and adding mystery to the meaning behind the words he chooses.

eL Seed commented: “I truly believe that art is a way to open dialogue. I like to think that my artwork can cut through the boundaries that we place between ourselves; whether physical, cultural or linguistic. My exhibition at Lazinc represents a new style of painting, where I am attempting to break down my thought process into layers. It also asks the audience to question the way they think and how much they have been affected by assumption or misconception.” 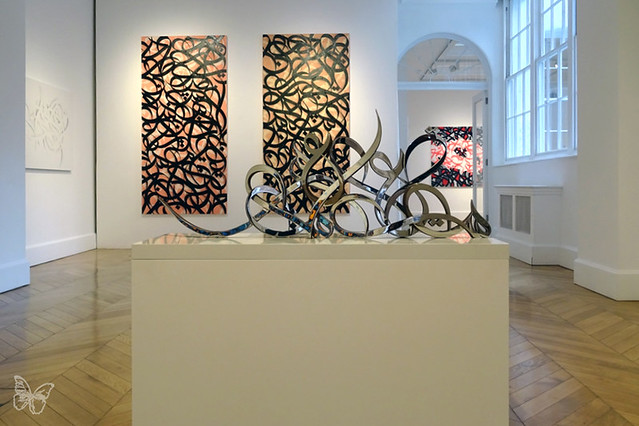 For this exhibition, the artist has developed on his process, stripping down the works, in an effort to access his own ‘tabula rasa’.
The concept of ‘tabula rasa’, pioneered by 17th Century philosopher, John Locke, argues that at birth the human mind is a complete, but receptive blank slate, upon which experience imprints knowledge. In relation to his canvases, eL Seed has taken the idea of the tabula rasa as a starting point, with the aim to alter deep-seated preconceptions that are commonly held about the Arabic script and culture. 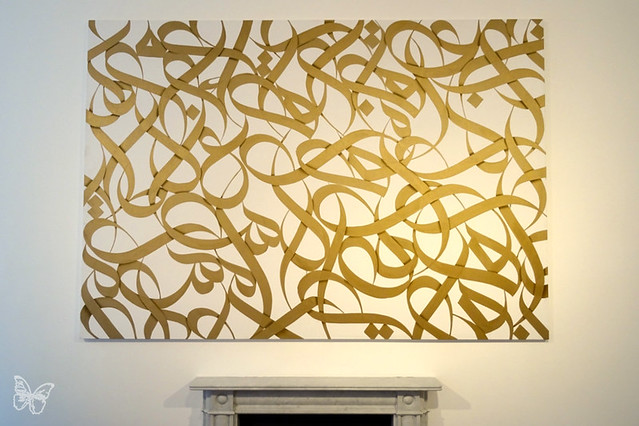 In contrast to eL Seed’s usually polished and perfected canvases, the works at Lazinc appear with an unfinished aesthetic. The surface calligraphy is ripped and torn to reveal phrases and imagery below, which materialise slowly and differently with each viewing.
The layering of words and ideas offer an insight into the thought process of the artist. 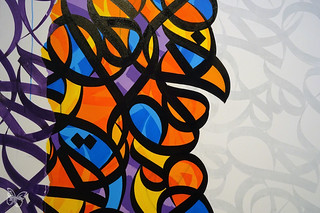 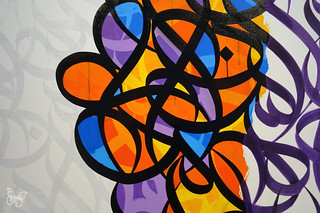 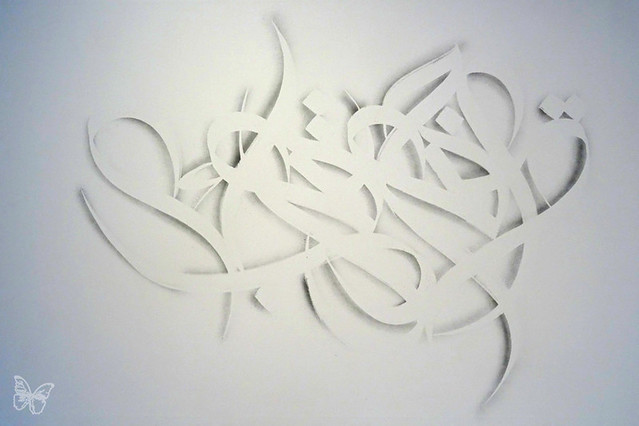 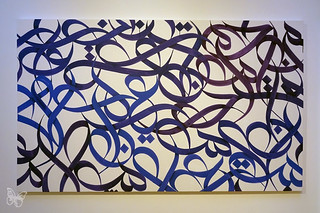 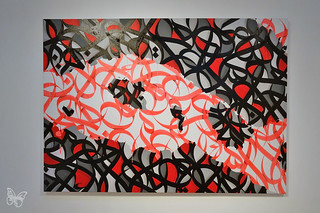 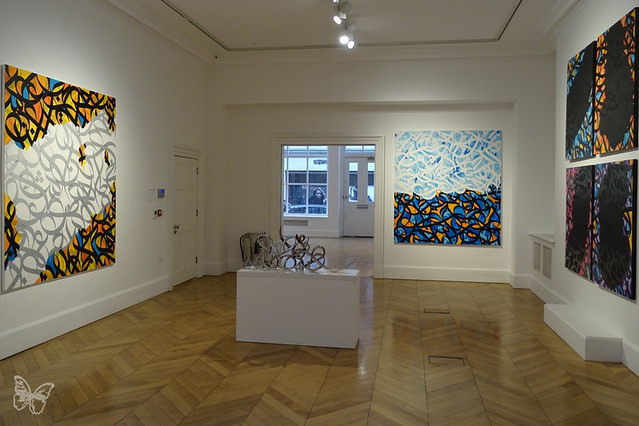 Guests are invited to reconsider all that they previously thought about Arabic and immerse themselves in the calligraphic experience. 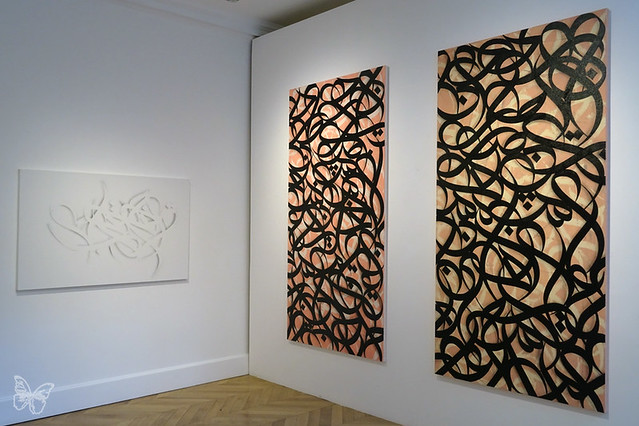 This entry was posted in London and tagged butterflyartnews, eL Seed, Lazinc, Tabula Rasa. Bookmark the permalink.
%d bloggers like this: