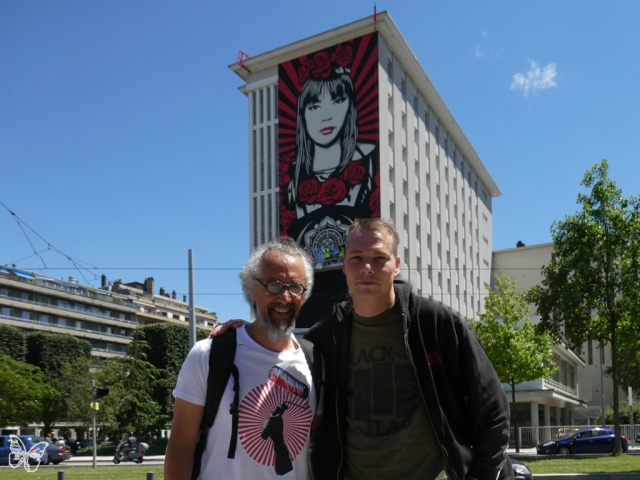 Shepard Fairey and the Obey Giant team kicked off the start of the Obey 30th world tour in Grenoble, France with a new mural titled ‘Rose Girl’ for the Street Art Fest curated by Jerome Catz.

The mural features a female figure adorned with three roses on her head, symbol of Grenoble. Located between the Alps, Grenoble is a city ecologically responsible and continues to improve upon it. The ‘Rose Girl’ mural is a reminder to preserve the environment and to be at peace between human beings and the planet.

Painted with the Obey Giant team, it can be seen on the wall of the CROUS, in the heart of the students area. 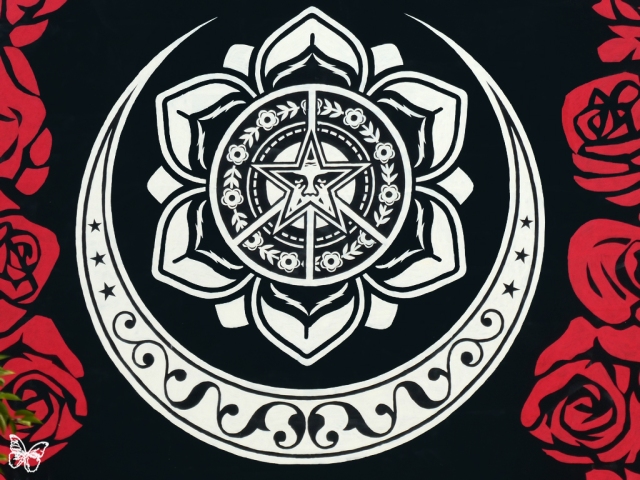 Location is key as it represents hope with the future generations, but it also can be visible from the mountains and gondola lifts. 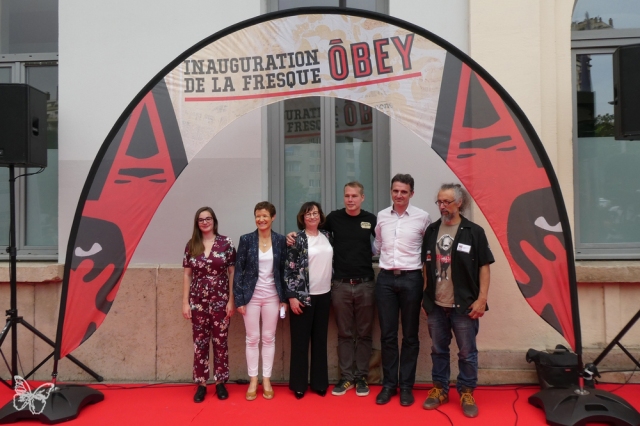 The Mayor of Grenoble, the Crous director, the Students Union and Jerome Catz, curator of the Grenoble Street Art Fest joined Shepard Fairey to inaugurate the Rose Girl monumental artwork. 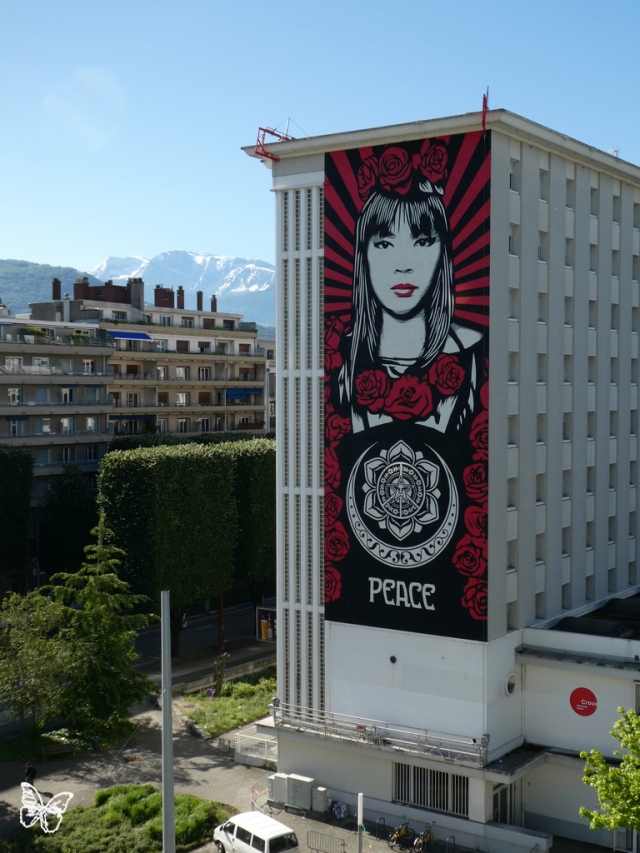 In parallel to the mural, l’Ancien Musee de la Peinture de Grenoble is dedicating a comprehensive print survey of Shepard Fairey / Obey Giant spanning over 30 years of resistance with 600 artworks.

Stay tuned as we will come back with further coverage…