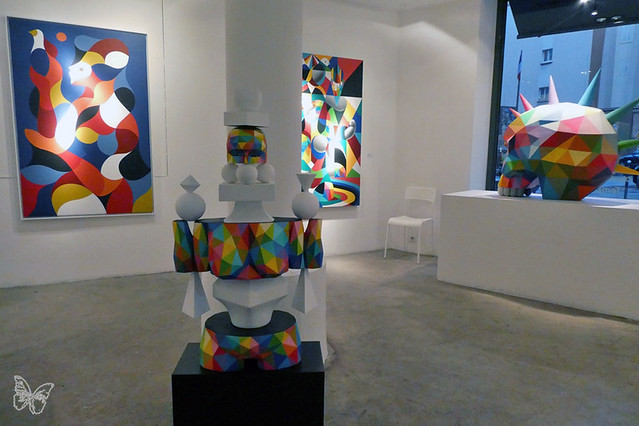 One is from Lille in France, the other from Santander in Spain. Madrid adopted them both and they each developed in their own way a very particular style of urban art. On one side the poetry of REMED, on the other side the inexhaustible energy of OKUDA, both playing with sunny colours inspired by the Spanish sun.

OKUDA SAN MIGUEL and REMED worked together for the first time in 2011 on two canvases, linking their styles within their work. In 2012, under the direction of Anna Dimitrova, they began a long serie of collaborations together that took them to more than 20 countries around the world. From Moscow to Miami via Oslo, Madrid, Mexico… These are the cities that inspire them and where they accumulate life experiences closely linked to their creations. They are multidisciplinary artists: from walls to giant sculptures, canvases, boats…

A real synergy has been developing between them and their work. Evolving through the years, their creativity gave birth to a third artist. 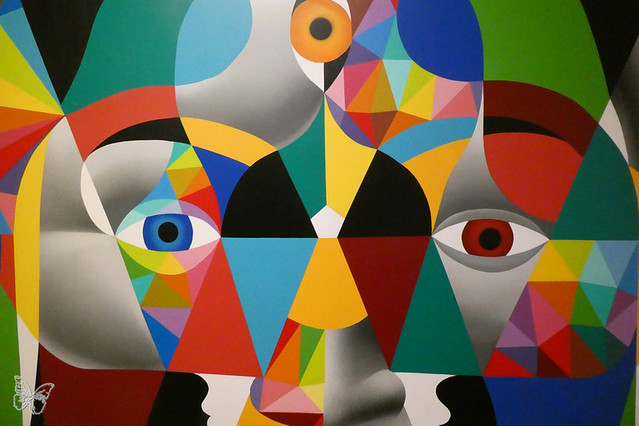 While they both continue their path with exhibitions around the world and notable mural interventions, their strong creative connection remains present.

“Temples and Souls” showcases just how contemporary their work is, far from their debut on the streets 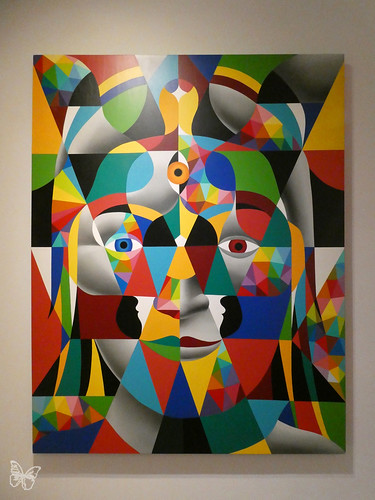 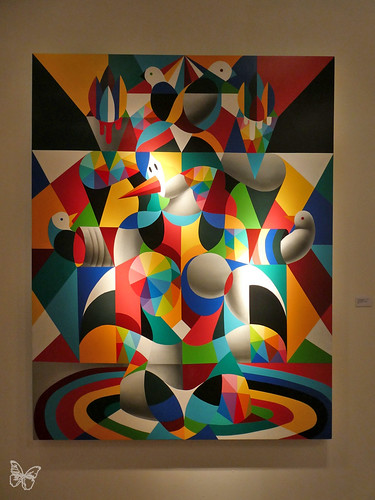 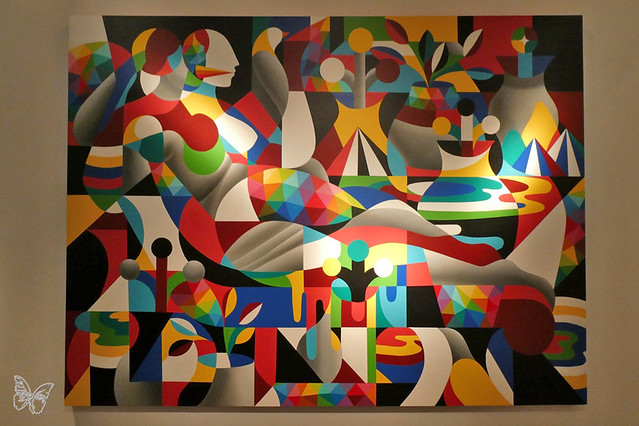 Okuda  invites the viewer into a psychedelic vortex of colours and geometric patterns.
In his work, rainbow geometric architectures blend with organic shapes, bodies without identity, headless animals and symbols. His works often raise questions about existentialism, the universe, the infinite, the meaning of life, and the contradictions of the false freedom of capitalism, showing a conflict between modernity and our roots. 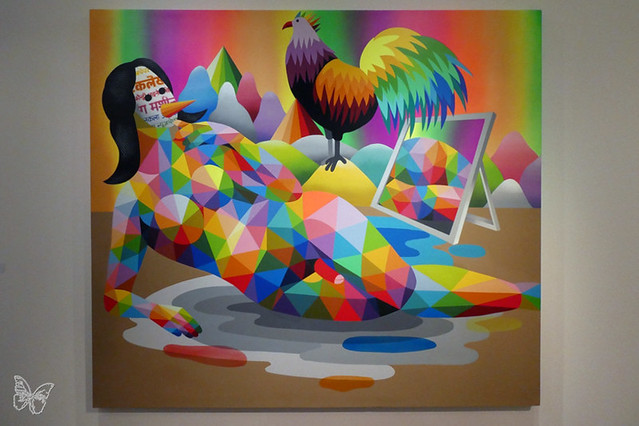 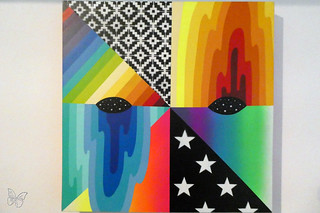 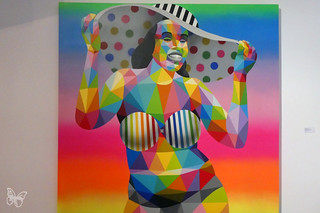 Remed works harmoniously with geometry and calligraphy, developing a universal language of shapes and colors. Playing with the visible and invisible, figurative and abstract, he makes his figures disappear within vivid colours and flat patterns. He also loves playing words and created several typographies His artworks tell intricate stories and poems on the significance of life and love. 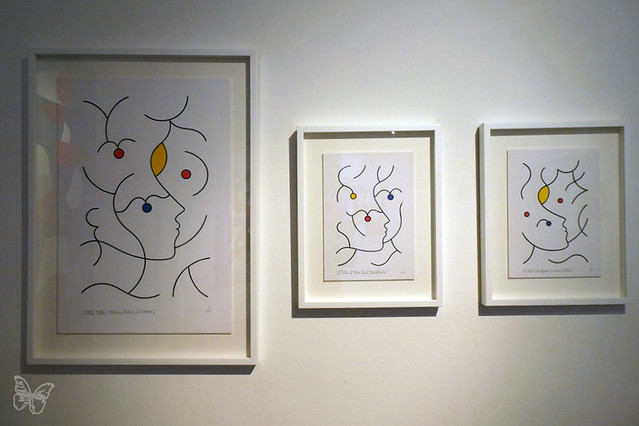 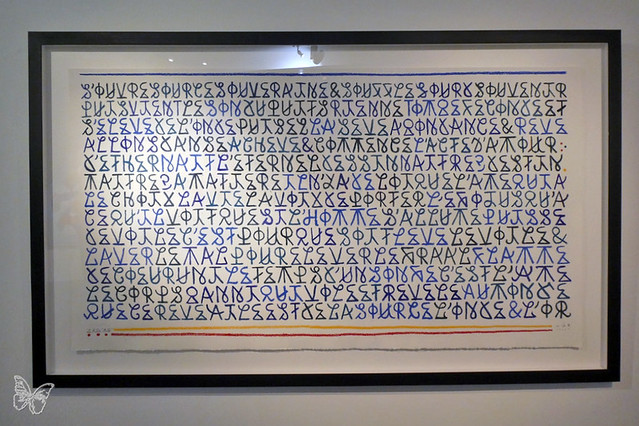 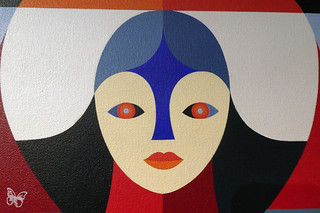 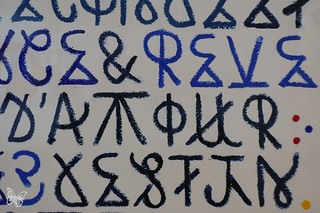 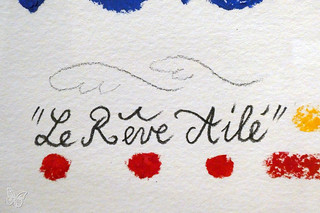 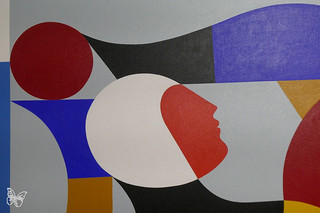 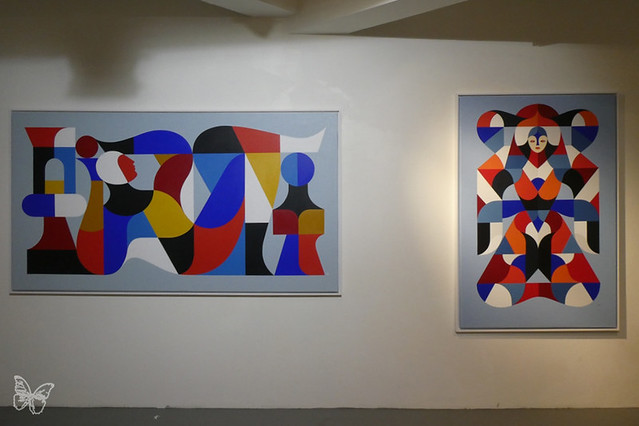 This entry was posted in Paris, Shows and tagged Adda sarto, Okuda, Paris, Remed. Bookmark the permalink.
%d bloggers like this: