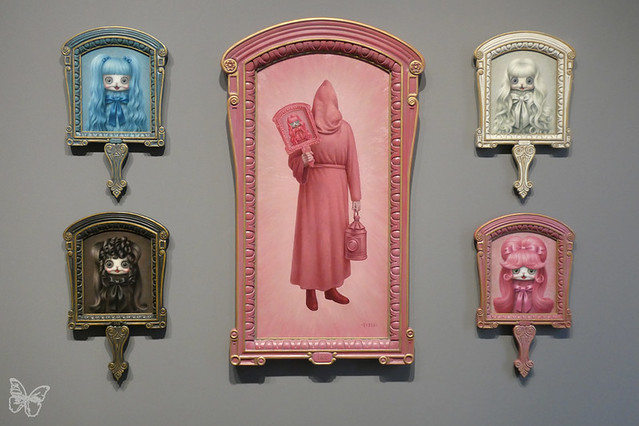 Perrotin and Kasmin are presenting a jointly organized exhibition of new work by American artist Mark Ryden (b. 1963, US). Running until 30 July, ‘Animal Secrets’ comprises 10 paintings and 12 works on paper that further develop the artist’s series of portraiture, featuring mysterious and mythical creatures created during lockdown. 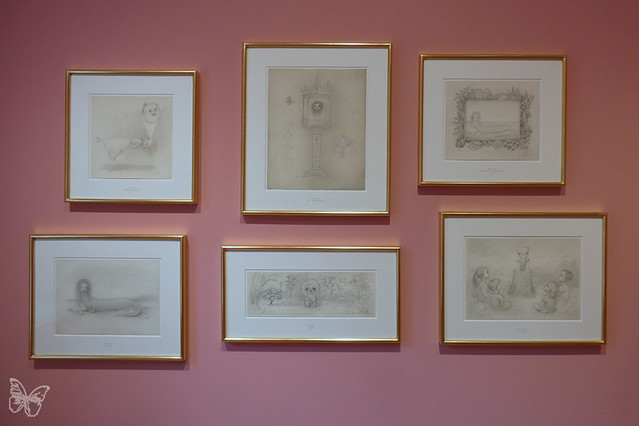 Conceived alongside the artist’s most recent exhibition at Perrotin Tokyo, the resulting gallery of enchanted characters embodies the artist’s meticulously-realized signature blend of archetype, kitsch, and narrative mysticism.

Mark Ryden’s imaginative artistic play manifests itself through deep layers of meanings and connotations: mythology and folklore mingle in this baroque universe as if to better explain the secret order of the universe. 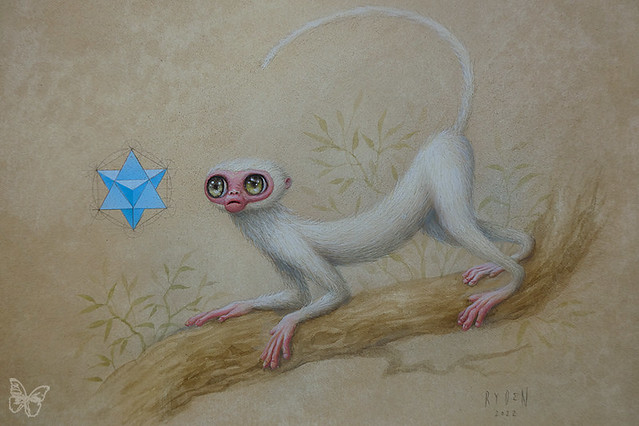 His interest in the subject of animals as spiritual entities was first explored in his series. For his exhibition ‘Anima Animals’ in Shanghai gallery, Mark Ryden completed his paintings in early 2020, just as the entire world went into Covid lockdown. During this time of isolation in his Pacific-Northwest studio, Mark Ryden began a new series that further explored his reverence for these animal beings that act as guides through a landscape of the unknown. The figures in these paintings are neither human nor animal, they are spiritual entities that create a bridge between the human and animal worlds in which so much disharmony exists. 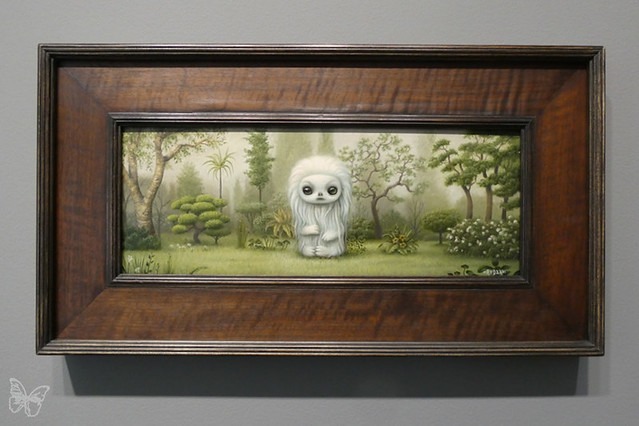 The artist’s practice is an ode to craftsmanship and refined materiality, from exquisite pictorial imagery to lavishly carved and embellished frames. At the same time, the artist probes into the invisible and secret order of the universe and interprets the life of things that are filled with
spiritual essence.

Mark Ryden explores intimate anxieties and archetypes with a pop surrealist vision. Aesthetics juxtaposed with a certain folkore, taste for the bizarre, his style is distinguished by a remarkable technical mastery, with intricate details and symbols.

Several works in the exhibition are presented as ‘tavolettas,’ a handheld form common in Italy between the 14th and 17th centuries for devotional instruments of consolation.
The Tavoletta series’ composition resembles a full-face representation of Christ and other saints in the tradition of byzantine icons and late medieval portraiture. 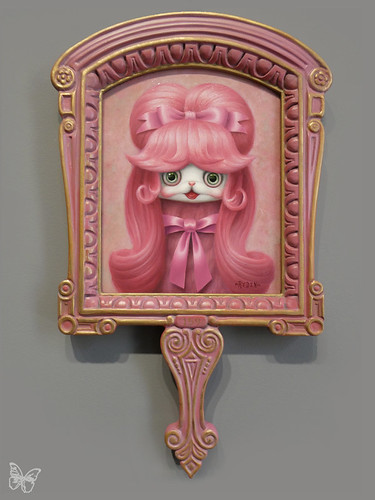 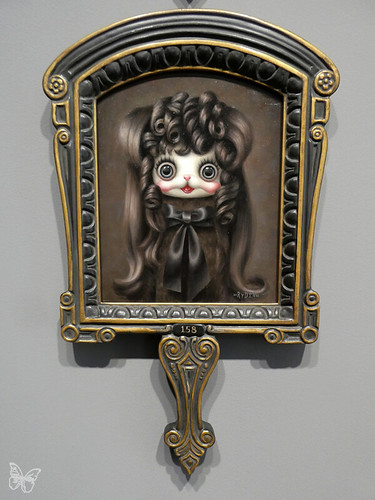 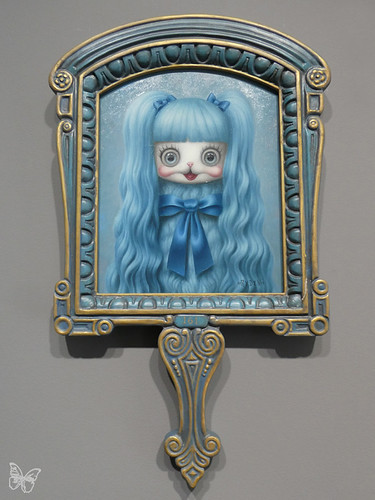 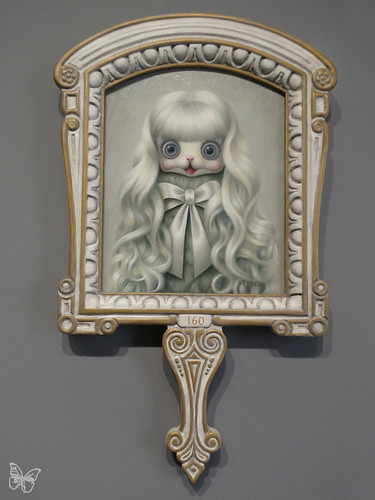 A figure rendered in a symmetrical pose in the center of the picture directly looks at the viewer. This time-honored, artistic craftsmanship elevates heavily sentimentalized elements of American tradition and antiquity, collected as though for a cabinet of wonders. The laborintensive canvases deftly rework centuries of art history, combining the grandeur of Spanish and Italian religious painting with the layered richness of Old Master compositions. 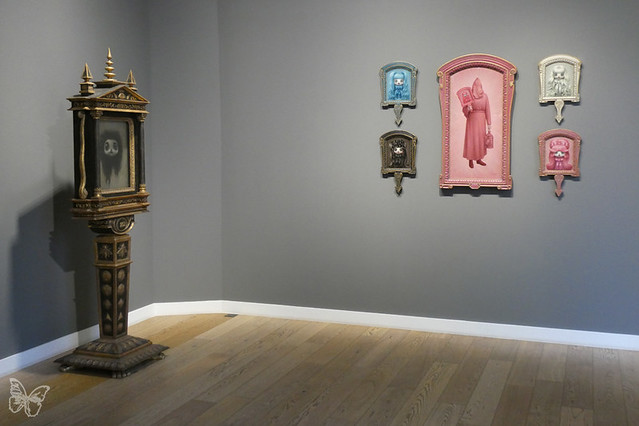 Ryden’s enigmatic characters dwell in harmony with nature amidst idealized landscapes. His tranquil sceneries evoke the nostalgia of Romantic imagery with a dream of the lost Golden Age from classical antiquity to the present day. The power of this iconography is in its simplicity and balance, where an unavoidable piercing gaze of the mythical entity entices the beholder into a silent conversation. A longing for harmonious coexistence with nature, with each other, and oneself. 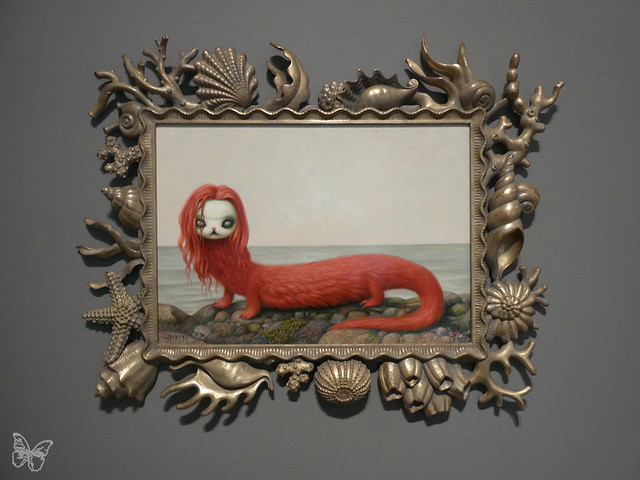 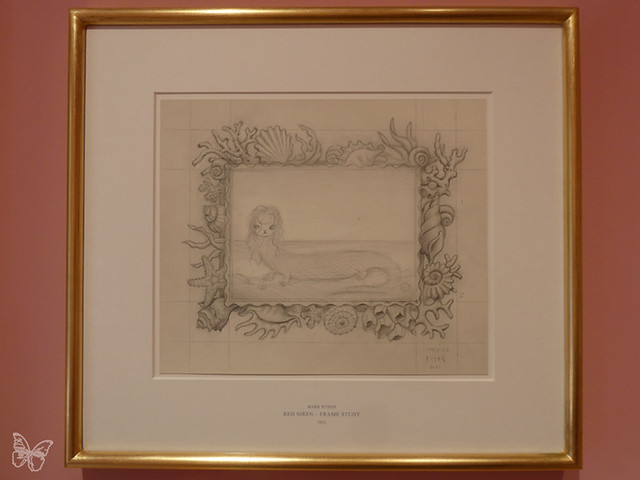 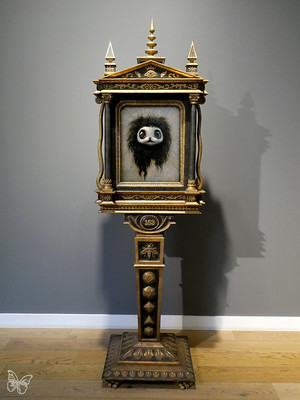 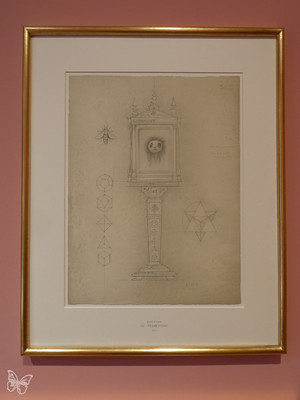 The friendly surroundings, pastel colours, fluffy coats, pale children with large melancholy eyes, reveal worrying signs. The perception of the half-unveiled mystery becomes a lyrical invitation to dream. The reminiscences of childhood and the mystical essence of cruel tales constitute the essence of a form of pantheistic spirituality through which, under the brush of the painter, the human being tries to reconcile with nature. 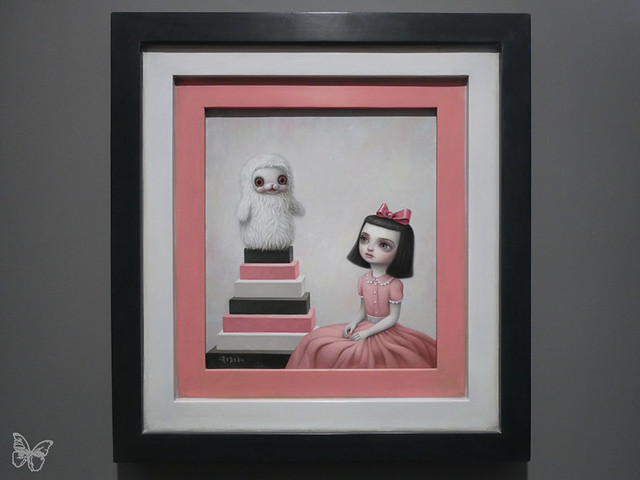 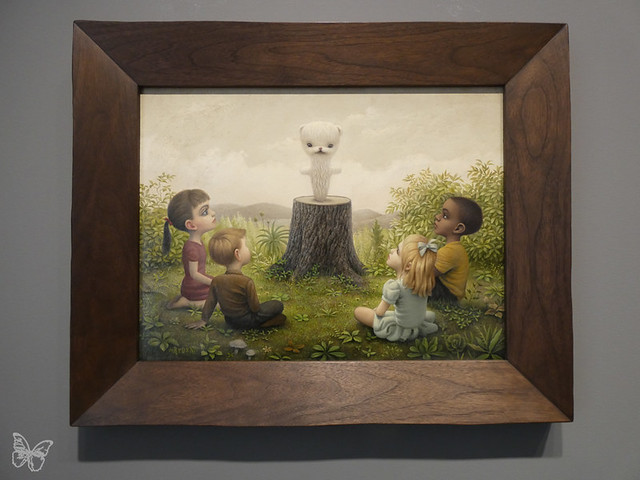 Animal Secrets become spiritual guides to connect us with the surrounding world with a sensitive, humanist philosophy. 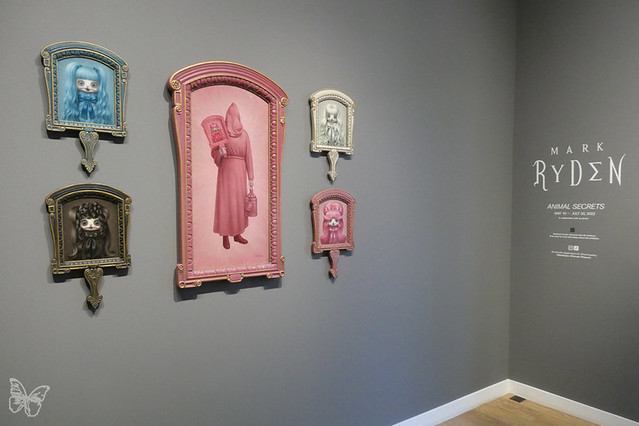 This entry was posted in Paris, Shows and tagged Animal Secrets, Mark Ryden, Paris, Perrotin. Bookmark the permalink.
%d bloggers like this: