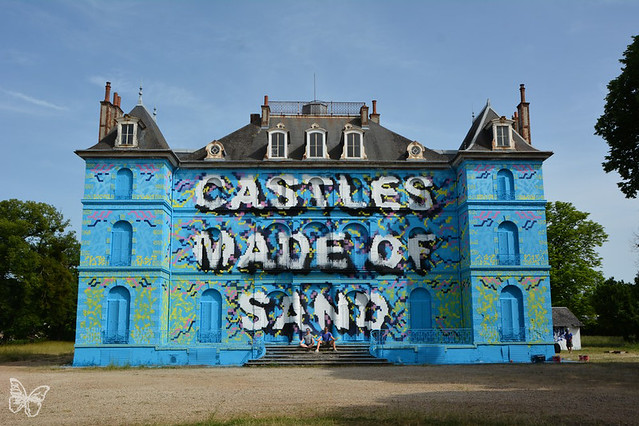 Marking the fifth anniversary of the LaBel Valette Festival in France, artists Lek and Sowat have given a new identity to this 19th century castle, by painting all its surfaces and transforming it into a monumental sandcastle.

Located in Pressigny-les-Pins, around one hour from Paris by train, Château de la Valette sits on just under 100 acres of wooded land and is comprised of the castle, a chapel, and two three-storey dormitory buildings. After the colourful works of Okuda (2018), 3ttman (2019), the giant calligraphy of L’Atlas (2020) and the optical illusions of Astro (2021), this mythical duo open the LaBel Valette festival that will take place on August 26 and 27, 2022.

Check pictures of the work in progress below: 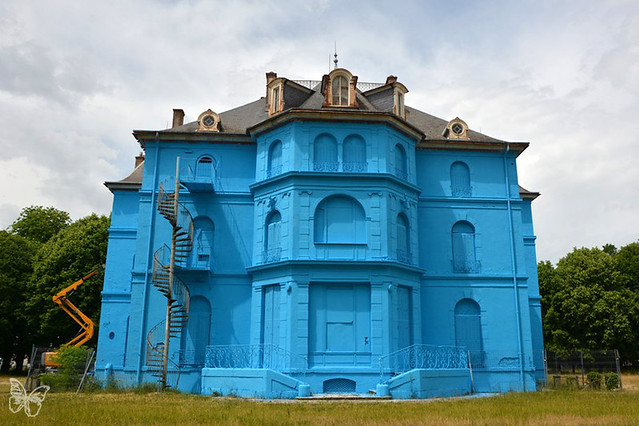 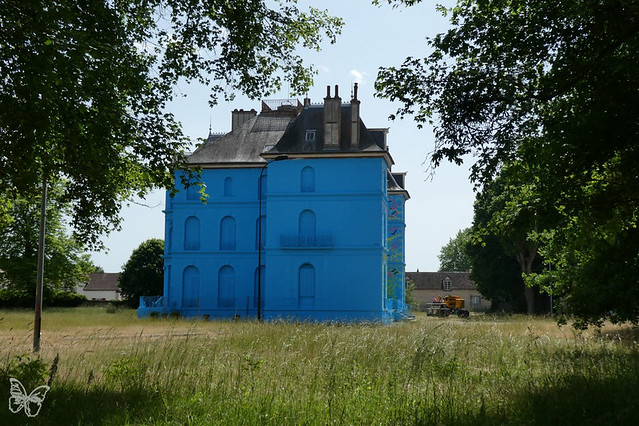 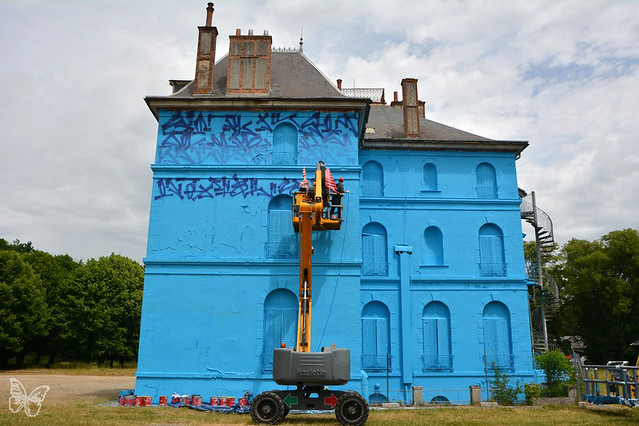 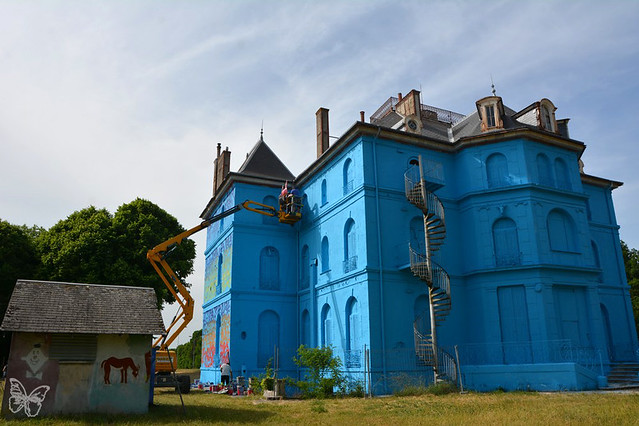 Lek and Sowat were struck by the intense history of the ‘Domaine de La Valette’. Firstly belonging to the estate of a Count and a Countess, it then became property of Franco, followed by the Spanish republicans. It was later transformed into a college, then fell into abandonment. And was bought by an individual. The castle holds eventually a strong position of Street Art in France thanks to the LaBel Valette Festival project. 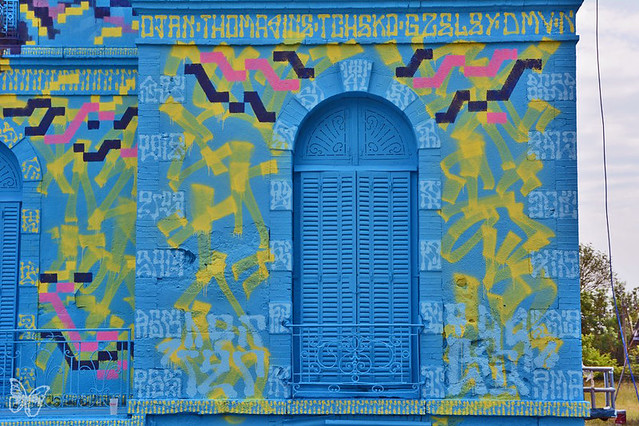 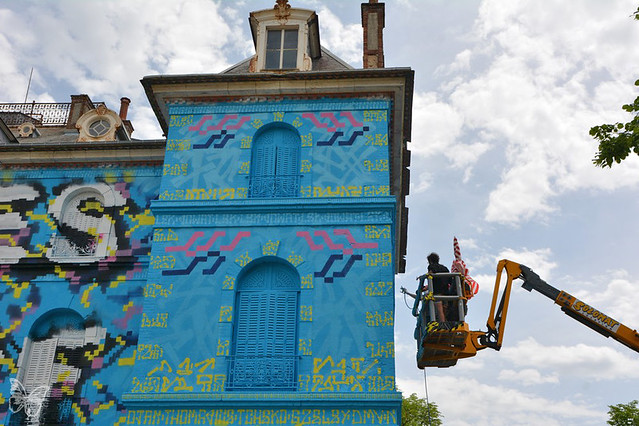 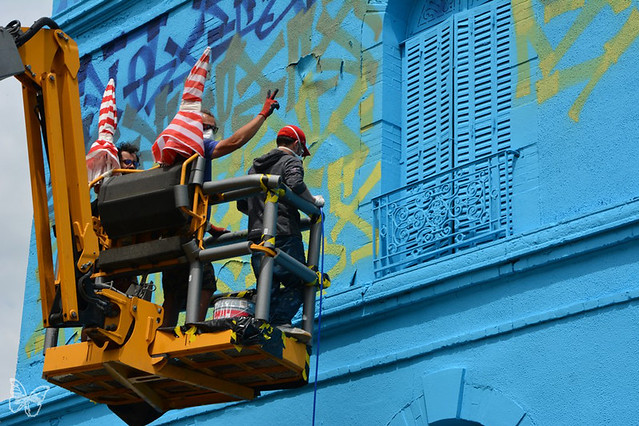 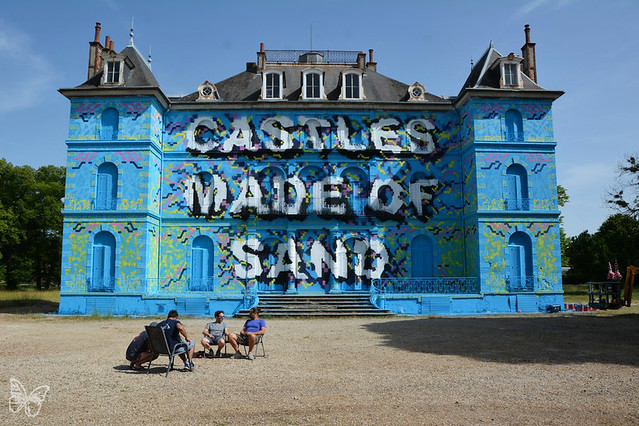 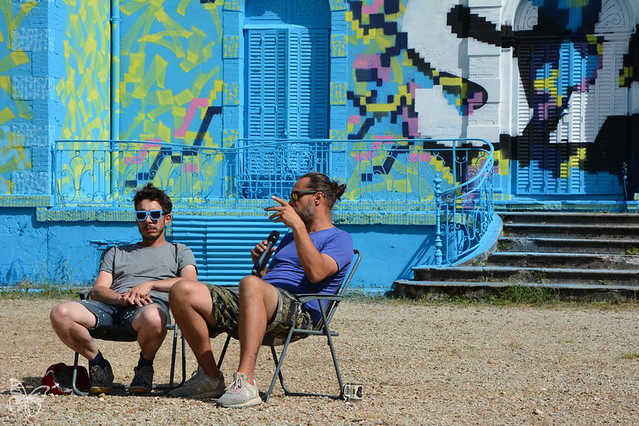 The artistic duo decided to work around the image of the sandcastle, which refers to the ephemeral nature of Street Art, and pixels, which evoke the aesthetics of the 80s.
Using bright blue and neon colours, they painted 10 000 square meters to transform the castle entirely.
Lek and Sowat ’s Sandcastle illustrates this year’s theme of the festival “Believe in your dreams”: A sandcastle can be erased by the rising tide but is rebuilt thanks to the venue of a new artist.  A sandcastle is fragile, requires attention and commitment. It is imagined, hoped for, then built. 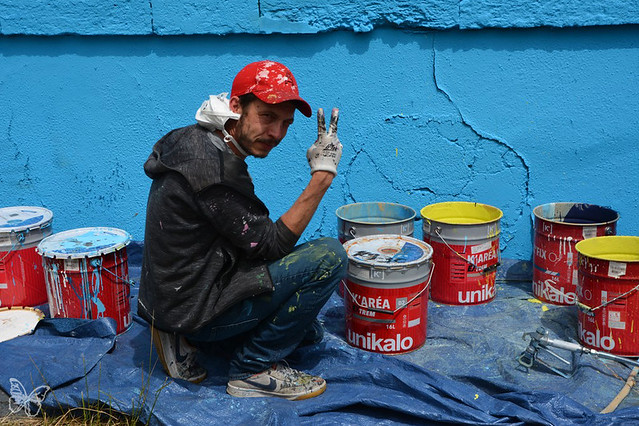 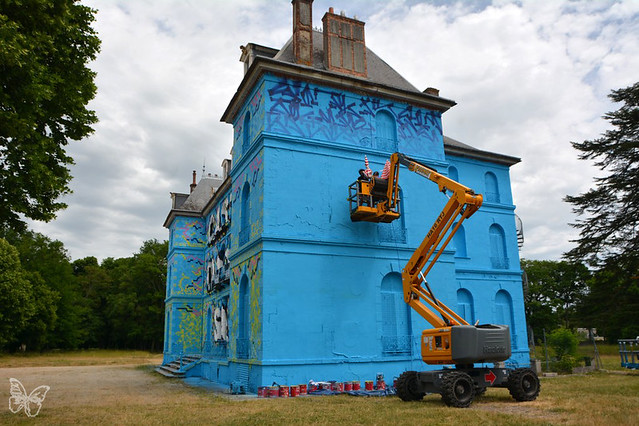 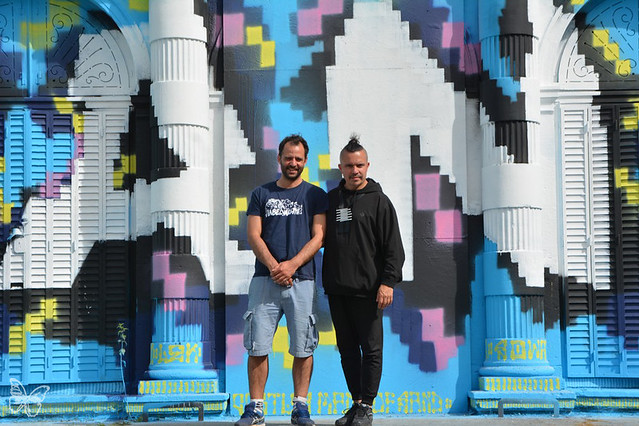 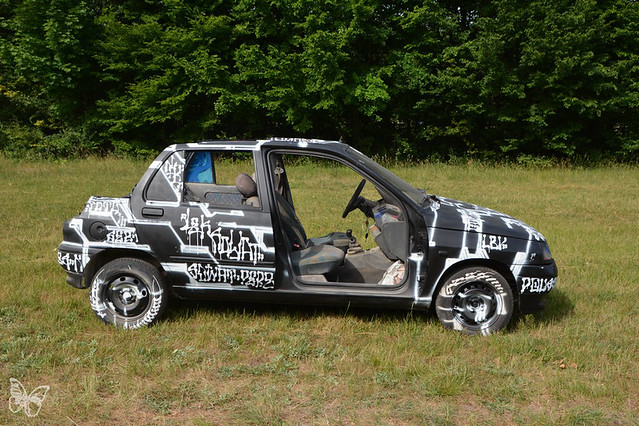 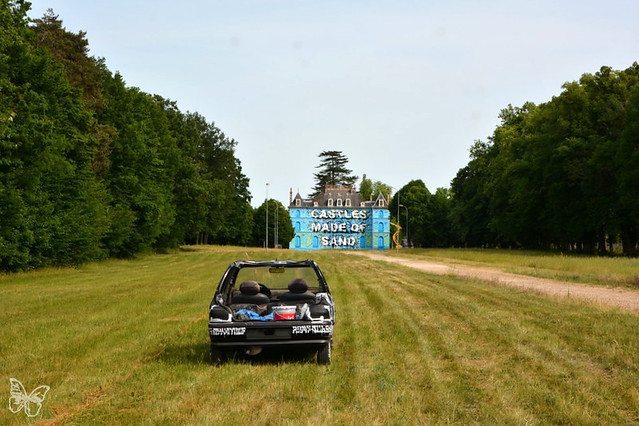 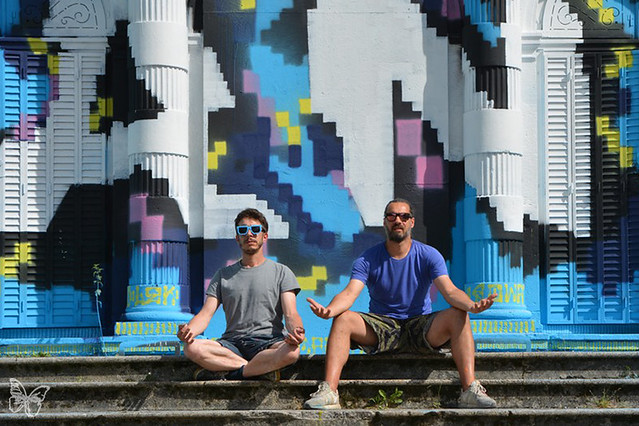 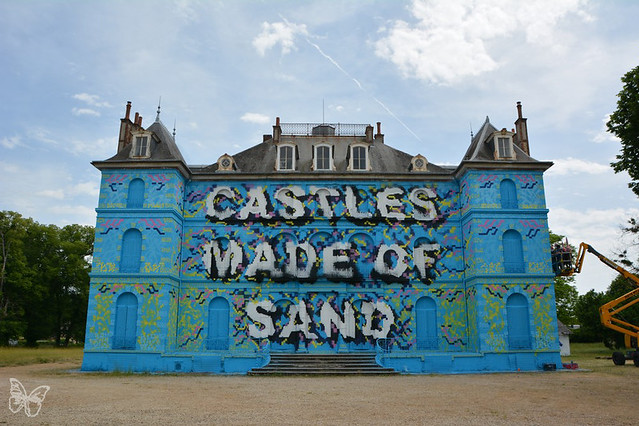