Butterfly Art News is pleased to partner with the Ville de Paris for the Exhibition ‘CAPITALE(S) – 60 ans d’art urbain’, hosted within the Hotel de Ville, Paris City Hall, and running from 15 October until 11 February 2023. Free entry, but booking is essential here

Through the creations of more than 70 artists, works from prestigious collections, archive documents, photos and videos, in situ interventions, painted walls throughout the city, CAPITALE(S) presents a wide panorama of the Urban Art Movement and the importance of the Parisian scene spanning across the past 60 years.

The exhibition starts with pioneers from the 60’s and 70’s like Jacques Villegle, Raymond Hains, Ernest Pignon-Ernest or Zlotykamien.

This period of intense urban activity allows the emergence of artists’ collectives such as VLP (Vive la Peinture) affiliated with the punk culture or the Ripoulin brothers.

French-American teenager Bando (b. in 1965) introduced graffiti in France after writing in New York, followed by the New York City Rap Tour in 1982. Graffiti writers invade the banks of the Seine and adorn the palissades of the Louvre construction site. Stalingrad, a spot found by graffiti writer Ash, becomes the Hall of Fame for the prolific graffiti scene until 1989, featuring writers like Mode2, Niels ‘Shoe’ Meulman, Lokiss, Nasty, SKKI and numerous graffiti crew. In parallel  Psychose paints in the catacombs and the underground sewers system.

In 1987 Keith Haring paints the emergency staircase of the Hopital Necker to provide hopes of brightening the spirits of sick children in the world’s first pediatric hospital.

Like in the US, graffiti was severely repressed in Paris in the early 90’s. American artists like Futura, A-One or even Rammellzee gain recognition from the European artistic community and present their works in galleries and museums in Paris.  JonOne will settle permanently in Paris.

In the 2000’s, urban art has become a global movement with a multitude of techniques: from graffiti to street art, paste ups, stickers, stencils, mosaics and more. International artists are coming to Paris to leave their mark:  Shepard Fairey, Swoon, Banksy, Vhils.

Specially for CAPITALE(S), Invader has put two new aliases to be flashed for all the Flash Invaders addicts and shared a fully updated map of his invasion of the streets of Paris.

Kashink, Kraken and Madame have created 3 entirely virtual works, hidden in a secret room of the exhibition: “The Fifth Wall“. A hunt for clues in Augmented Reality can be found through QR codes to be scanned under the works.

Visitors can try out graffiti with a digital spray can through GRAFFITI DIGITAL Picturae.

While it is difficult to include the full scope of artists that have been active in Paris in the past 60 years within the City Hall, the four curators Magda Danysz, Elise Herszkowicz, Nicolas Laugero Lasserre and Marko93 have gathered following artists:

There is also a prolific programme throughout the exhibition:

Big thanks to all the teams, artists, photographers, lenders and institutions that have participated to the exhibition, specially Clemence Demolling, as well as all the artists that have contributed to the scene over the past 60 years. 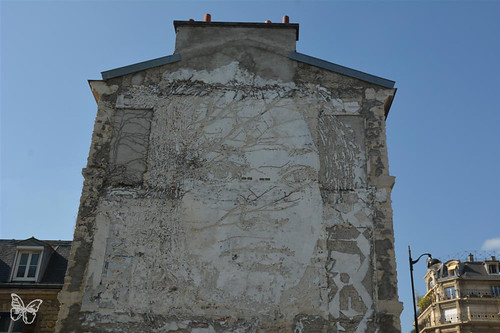 As we continue wandering through the streets of Paris for the Nuit Blanche (covered here) we saw the new mural from Portugese artist Vhils at the Children Hospital Necker.

As they were adding the finishing touches in the Halle Freyssinet, we bumped into French artist Jef Aerosol who invited some artists friends including Brusk, Jean Faucheur, Dan 23, STF Moscato, Monkey Bird, Mademoiselle Maurice, Rouge. 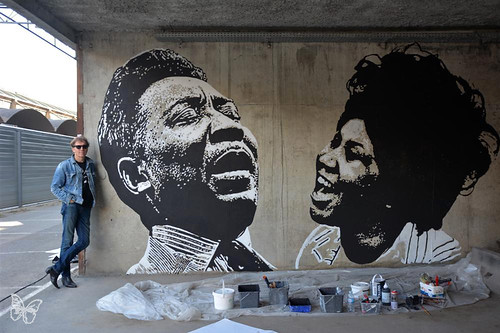 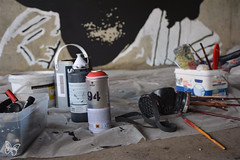 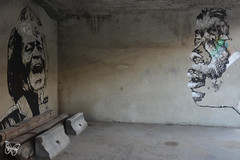 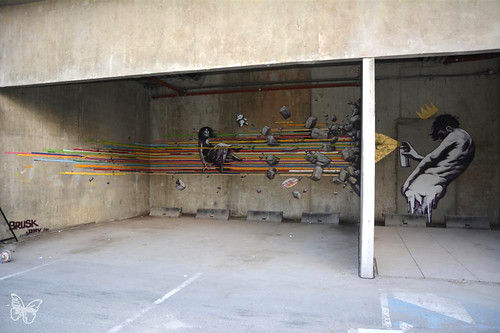 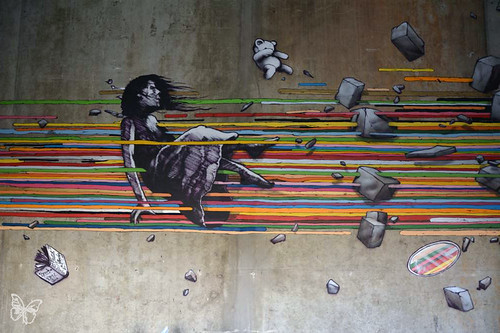 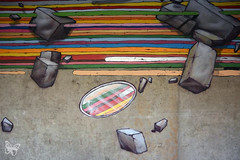 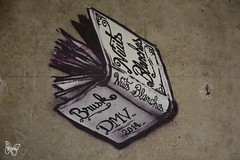 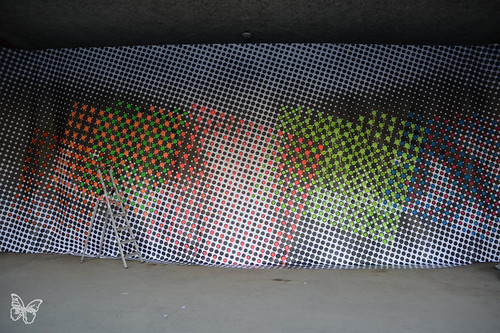 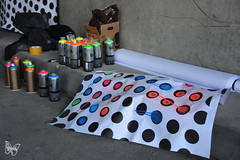 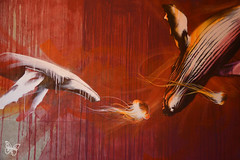 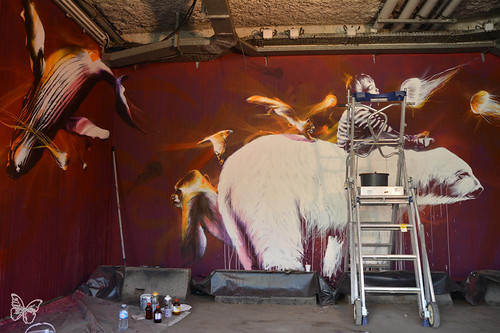 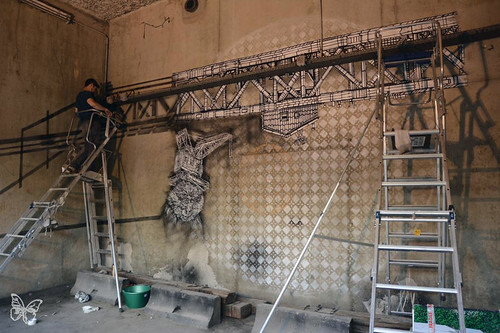 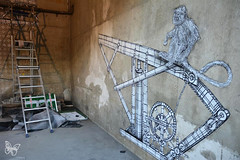 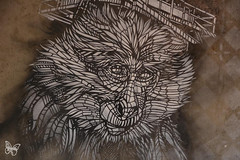 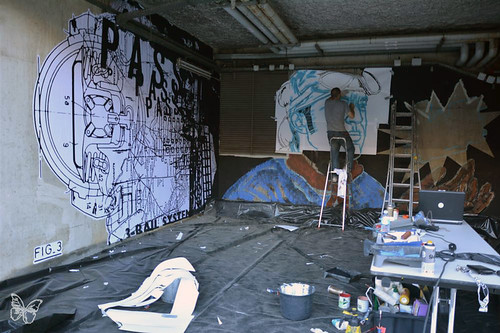 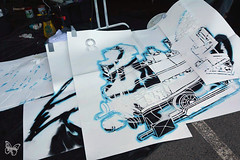 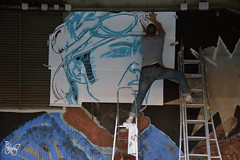