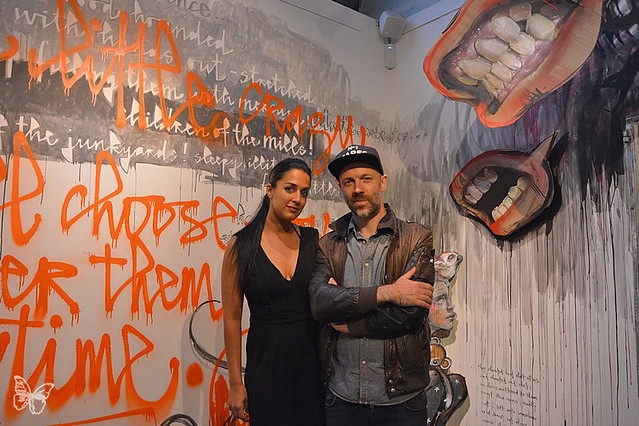 After five years travelling and painting throughout the world , the German duo Herakut is returning to London for a new solo exhibition at Stolenspace entitled ‘Sad but Happy’.

Hera and Akut first came to London in 2010 when they painted their enigmatic character on the walls of the Moniker Art Fair, followed by a solo show in 2012. 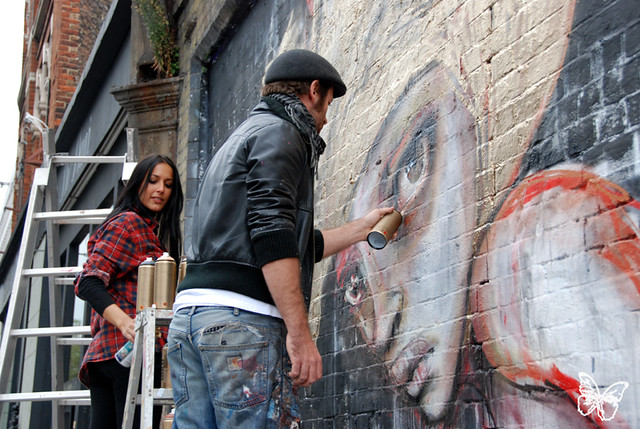 Herakut at the Moniker Art Fair in 2010

The public discovered the magical energetic duo with their spraycans with Hera starting the figurative outlines and setting the rhythm like she’s dancing graciously while Akut focusses on photorealistic feature details like the eyes, conveying a myriad of emotions.

Additionally, the incorporation of poignant messages in their works creates a sense of wonder when observing their art. Specifically, their words take you into what seems to be the childlike, pure essence behind Herakut while delivering a punch to the imagery they provide.

What’s more, the recurrent theme of both animal imagery and hildren subjects transport us back to our childhood where innocent imaginary friends were an embraced accompaniment to our creative minds.

On the title for the show ‘Sad But Happy’, the duo stated; ‘It fits every single piece, we think, and fits our style in general. Ambivalence. Schizophrenia even. That’s us. That’s the essence of Herakut.’ 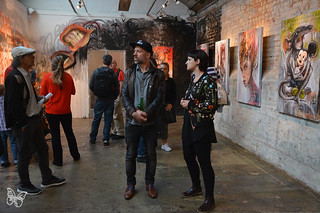 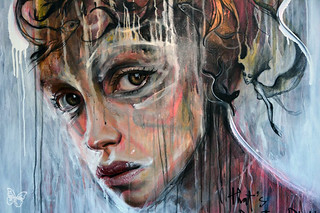 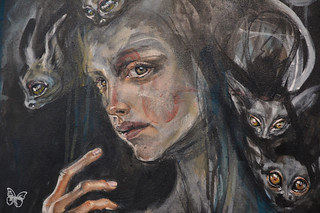 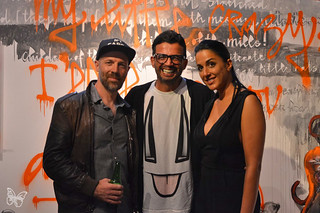 This series of new works sees the duo progress with their distinctive and dark style. Depicting children and animals with large emotive eyes, they draw the viewer in to their mysteriously eerie world, making them contemplate the statements scribbled across the canvas and their relationship with the characters in the works.

Their dark use of colour contrasts with the bright and fast use of movement and brush work. Their style welcomes a kind of imperfect perfection, the brushstrokes seeming erratic and fluid but also so beautifully placed. 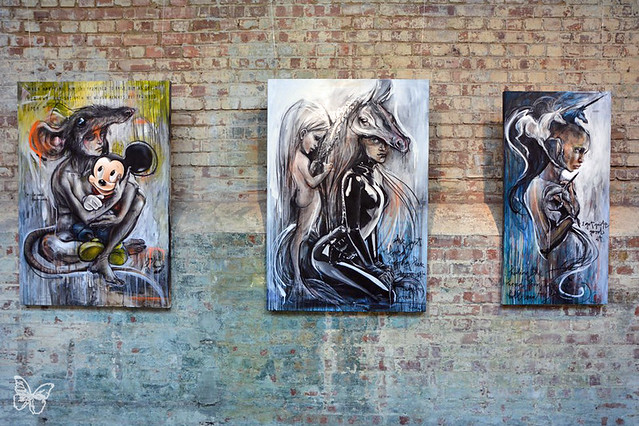 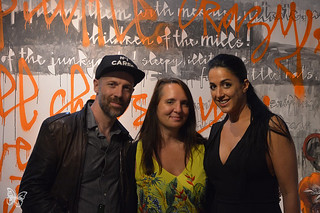 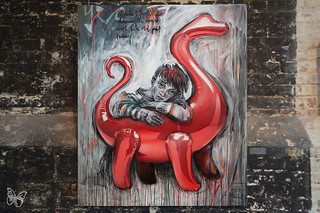 Their joint creative art process is about storytelling, the creation of imaginary worlds and inspiring their figures with individual characters:

The message on a canvas where two little girls with kitty masks hidden in a cardboard box says ‘She said lets go back to when all was perfect’,  while a portrait of a thoughtful little girl mentions ‘ Stop destroying my city says the dragon’. 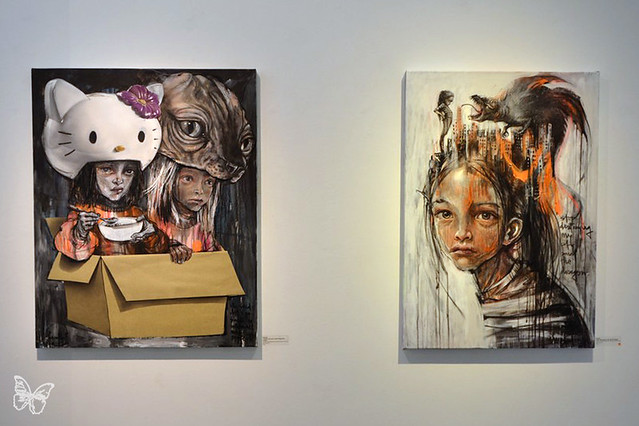 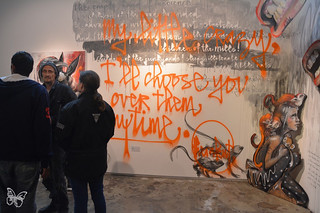 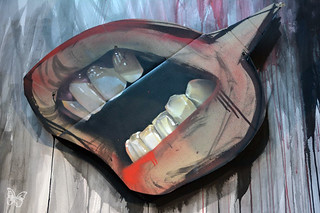 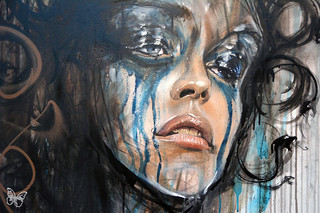 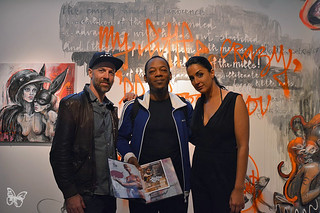 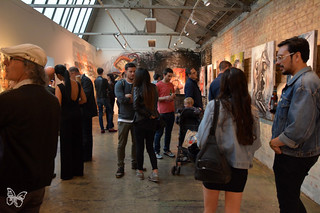 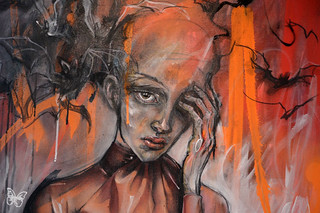 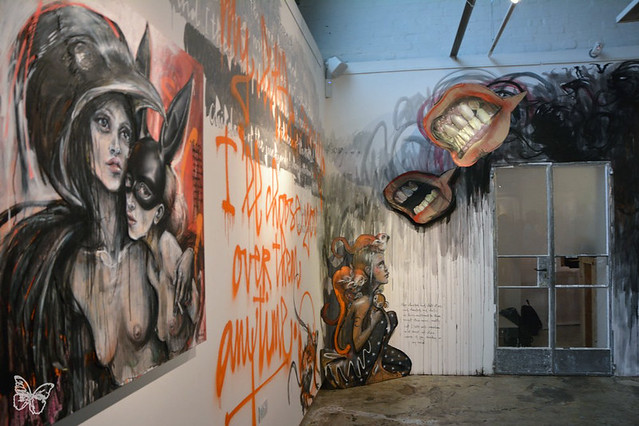 View the set of pics here