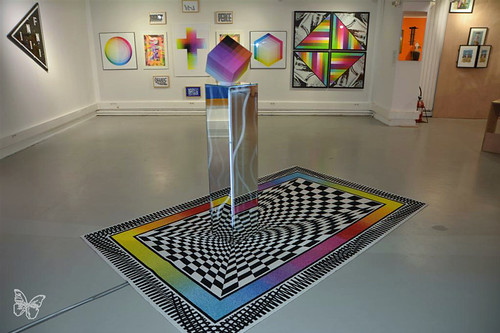 Pencil drawings by Mathieu Bourillon (b.1976) invite the viewers into the subconscious mind and our pulsions. Each artwork has its own narrative and invitation to dive into an enigmatic universe where black and white figures are floating surrounded by a magical landscape. 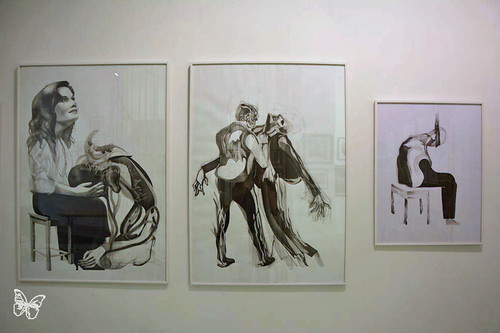 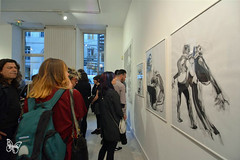 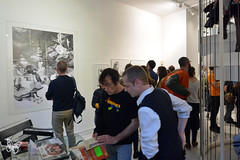 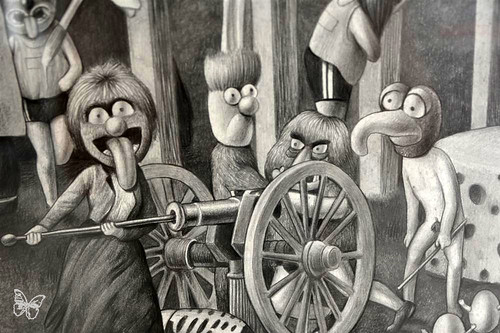 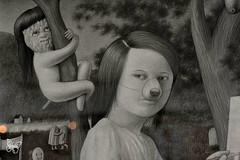 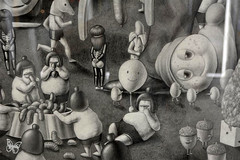 Nicolas Delpech (b.1978) and Benjamin Stoop (b.1980) from the Atelier 2000 play with geometric shapes, letters, collage and patterns as well as light and neon installations to describe parallel universes. 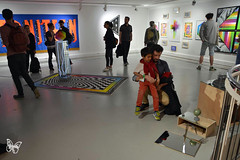 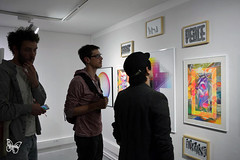 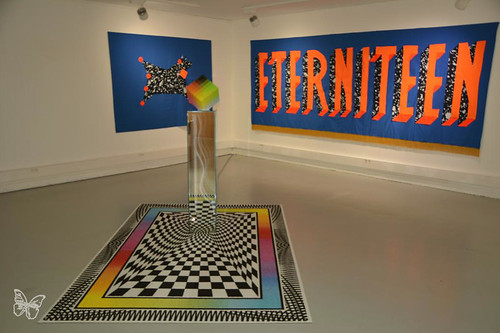 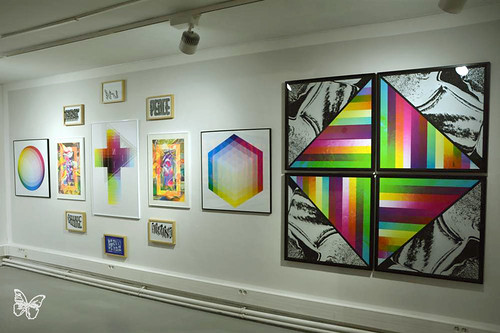 Herbot (b.1968) aka Rene Apallec is a collage virtuoso, using his magic scissors and a juxtaposition of images to create a surrealist universe where his characters experience an unexpected twist. 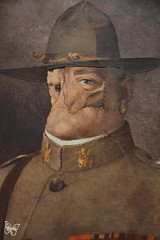 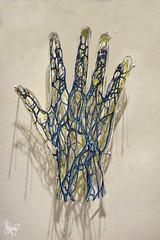 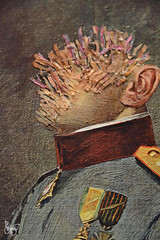 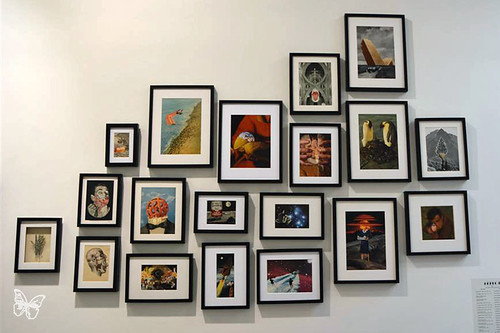