As the war in Ukraine continues, a new stencil has appeared in Kyiv in a special location: Independence Square. It bears all the hallmarks of elusive artist Banksy: one layer stencil featuring a boy and girl adapting to war playing seesaw with an anti-tank obstacle. It was left unfinished, as it seems that the grey paint was a first layer to avoid rust on the anti-tank obstacle.

Banksy continues his trip through Ukraine. This time in a residential district of Borodyanka, a town located north west from Kyiv that was partially destroyed at the start of the conflict.

This time the multilayered stencil features a child throwing a man on the floor like a judo match.

For info Russian President Vladimir Putin, who was a black belt in Judo, was removed from his position of honorary president of the international Judo Federation (IJF) in May.

Banksy has now confirmed the artworks on his website. Despite the chaos, the gymnast is still standing

To conclude Banksy  invasion of Paris, the elusive artist celebrated also the festive spirit of the French capital with a series of stencilled rats.

Location as always: Montmartre first, and then in the Marais district with a Bar called ‘Chez Marianne’, of course.

To complicate things further, Banksy returned several times on the same locations, updating the stencils in colours and shape as you can see on the little animations, giving them a lively feel, as they were getting stolen, repainted or covered under plexi .

In the overcrowded area of the contemporary art centre ‘Centre Pompidou’, the elusive artist returned to paint a bigger mischief rat holding a cutter.

Lastly the  City of Love is celebrated with a little rat couple dressed in 19th century outfits, lovingly gazing at the Eiffel Tower in the background from under a bridge.

Such a romantic! Happy Summer !

We are always excited to see new works by elusive artist Banksy. He’s back to the streets of New York with a new stencil, featuring a rat running in a clock turned wheel, reminiscent of the incessant rat race.

It can be viewed between 14th and 6th Ave in Greenwich Village, so get there quick to see it in its glory before it gets ‘plexified’ or else.

On Thursday 15 March the famous Bowery Wall, which was previously painted by renown artists like Keith Haring, Os Gemeos, or  more recently Logan Hicks, unveiled a 70 feet new mural by Banksy, with the collaboration with graffiti artist Borf.

The mural protests the imprisonment of the Turkish artist and journalist Zehra Dogan, who was sentenced last March for painting the destruction of a Turkish town of Nusaybin, which was partly destroyed in 2015, with the country’s flag flying over rubble.

A screen shows a picture of Zehra Dogan’s painting with a message saying ‘sentenced to 2 years nine months and 29 days in jail for painting this picture’.

A series of hash bars like days in prison cell are numbered across the mural with one showing  Ms. Dogan looking at out of one of the cells, with her left hand gripping a bar that doubles as a pencil. “Free Zehra Dogan” is written in the bottom right corner

And there are more to come…. Stay tuned 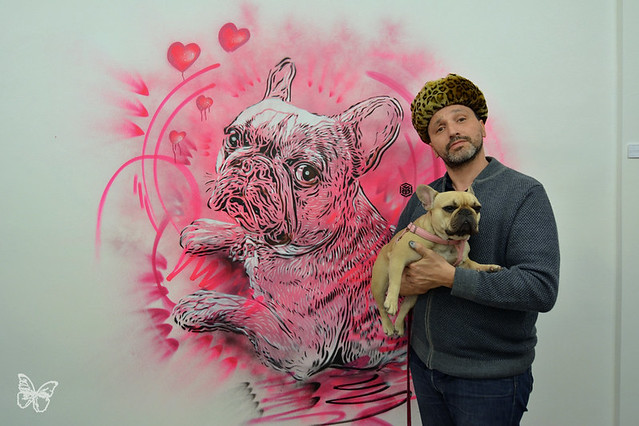 A month after his opening of his show ‘Athlètes’at the Musée National du Sport, French stencil artist C215 is back to Nice, South of France, for an exhibition entitled ‘Introspective’ at the GCA Gallery.

Featuring a series of intricate stencilled portraits, the artist retranscribes a wide range of emotions whether the gentle insanity in Dalí’s look, the disillusioned impression of his daughter Nina, questioning with Renoir, dreamy with Brigitte Lahaie, the serenity of his Simone Veil. The medium starts to echo the subject depicted and participates in the narration like Niki de Saint Phalle on a rifle or Pasteur on a milk carton. The artist also created a tribute mural to Lili, his recently adopted dog, who was happily posing for pictures while C215 was signing books to the delighted audience. 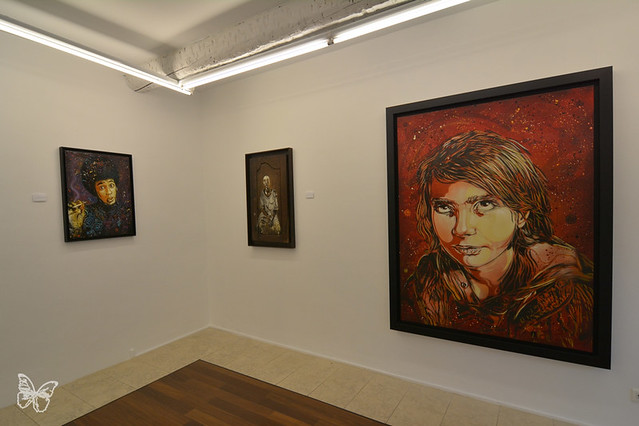 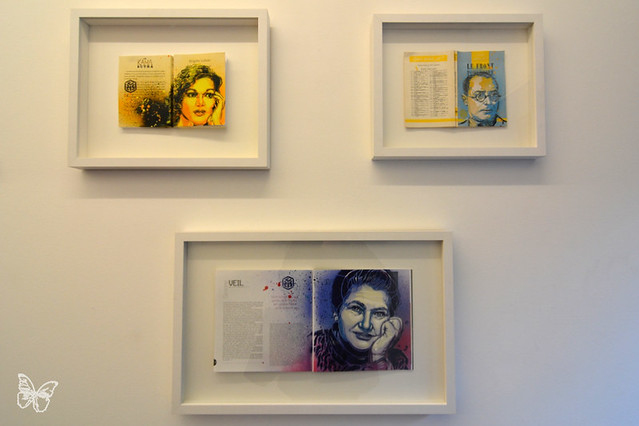 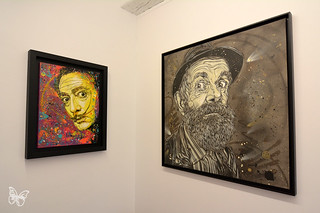 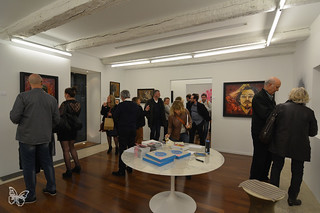 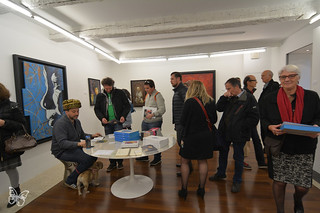 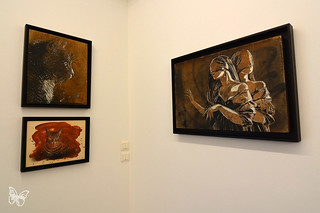 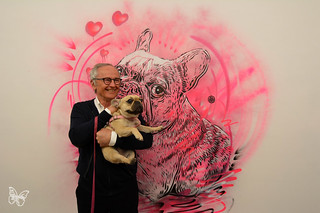 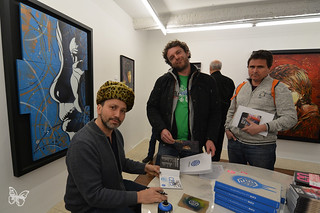 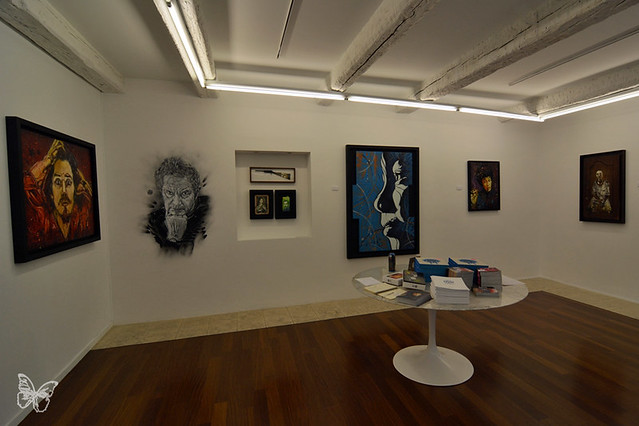