We continue our coverage of the Rose Beton Biennale in Toulouse ( check our previous report here). In parallel to the open air gallery, with street walls being painted throughout the city, the Museum of contemporary art, Les Abattoirs is hosting an exhibition featuring three international artists: Tania Mouraud, Todd James and Cleon Peterson.

Patron of the Biennale,  Tania Mouraud (b.1942) is a French multidisciplinary artist whose practice has been deployed since the late 1960s through paintings, installations, performances and videos. Her distinctive calligraphic style  is highlighted by seven kakemonos from the series Mots-Mêlés  surrounded by a large mural ‘Only the sound remains’, playing between letters, barcodes and graphic design.

Los Angeles based artist Cleon Peterson (b. 1973) painted a monumental and dystopic mural. Using a restricted colour palette, Cleon Peterson depicts a violent and chaotic world, inspired by mythological tales, historical facts as well as the current reality of our world.

New York based graffiti artist Todd James (b. 1969) showcases a series of fierce and acidulous paintings. Inspired by pop culture and action painting, his sexy curvaceous blonde character is playful, and grin in the face of machines and destruction. 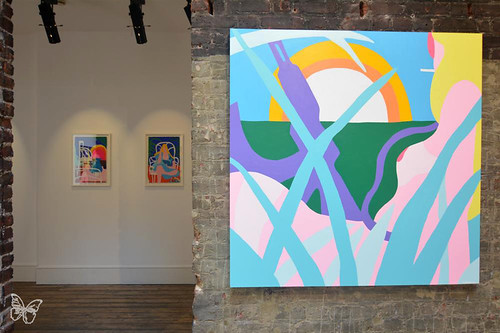 New York artist Todd James a.k.a. REAS, is showing his new works at London’s Lazarides. The exhibition entitled Fantasy Island explores the grotesque of socio-political news we receive, between images of war, somali pirates, UN soldiers and scantily-clad females posing on the cover of fashion magazines.

In parallel to the gallery exhibition, guests could also enjoy his infamous Vandal’s Bedroom recreated in a vintage Chevrolet.

Fantasy Island in Lazarides Gallery runs until 28th May 2015. 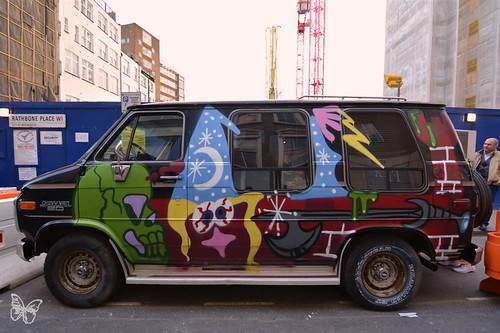 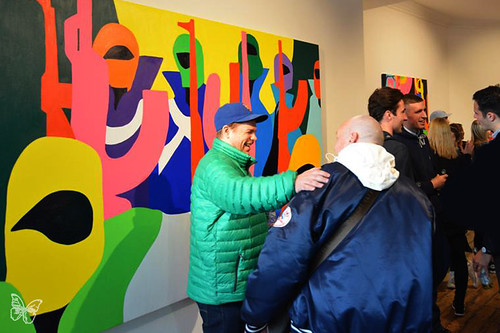 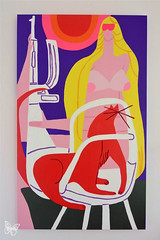 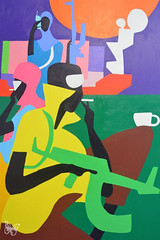 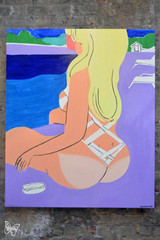 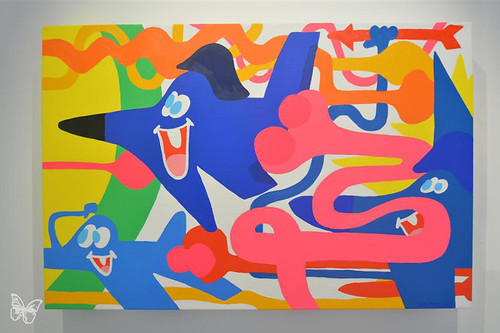 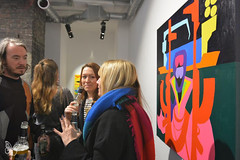 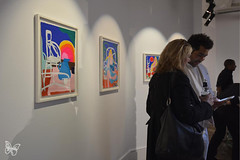 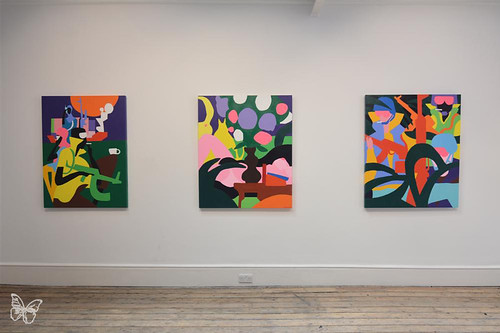 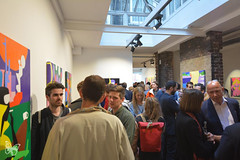 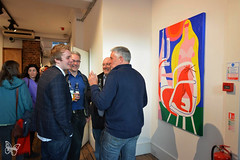 Following Bedlam (2012), The Minotaur (2011), Hell’s Half Acre (2010), Lazarides  and the Vinyl Factory are hosting their sixth adventurous off-site exhibition coinciding with Frieze Art Fair. In response to the theme BRUTAL nineteen artists are showcasing dynamic installations, murals, film, animation, sound and dance interventions in a  cavernous space below 180 The Strand, a massive 40,000 square foot building.  BRUTAL explores the brutality of the times we live in, how this is reflected in the objects around us and our perception of the world.