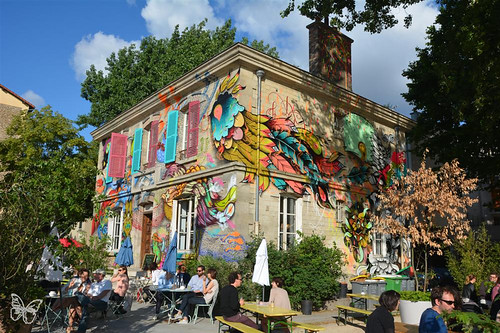 French artists Alexone and Supakitch recently collaborated on a small house on the infamous Canal St Martin in Paris for Converse Clash Walls. 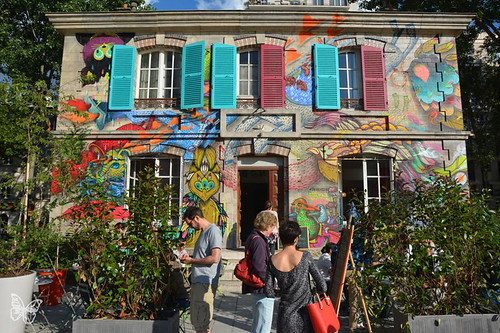 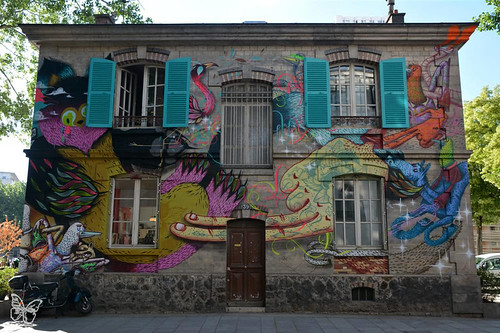 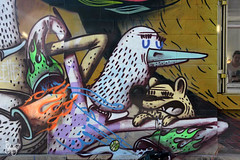 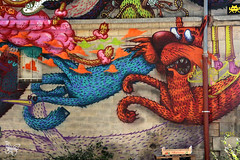 Over looking the Seine ,  La Tour Paris 13 ‎  is a project curated by Mehdi Ben Cheikh from Galerie Itinerrance. During a year the entire building was painted by 100 international street and graffiti artists, each leaving their mark with murals and installations within the 36 apartments over 9 floors and cellars.

Opening to the public for a month from 1  October, the building is due to be demolished in November, making it the largest temporary street art exhibition in France. To celebrate the upcoming launch a giant Keith Haring banner has also been erected along the building.

View the full set of pics by  Butterfly

Some great eye candy, but also delicious creations with exotic tastes of passion/coco for Chocotigre, and raspberry for Chococaniche.  Alexone was celebrating the launch and  signing copies at Citadium Beaubourg.

Born in 1976, Alëxone lives and works in Paris. Coming from a graffiti background, he rose to fame in the early 90’s with his striking letter-based tags appearing on the streets of Paris, combining graffiti, calligraphy and street installations under the name of Oedipus.

Since then his distinctive work has won him a reputation far beyond France and exhibitions all over Europe, among them Paris with the Fondation Cartier (“Born in the Streets”), Espace Vuitton (“Ecriture Silencieuse”) , Hamburg, Milan, Berlin, Amsterdam, Brussels, and London.

Alëxone returns for a second solo show titled “T’as le look croco”  at the Galerie LJ with his colorful fantasy world, full of wild animals and strange characters. This new body of work combines work on paper and canvas, presented as part of an interactive installation built in-situ.

Mainly working on paper over the last two years, his painting has become more mature, developing compositions sometimes so dense that they become almost abstract, although still discreetly showing his past as a graffiti writer.