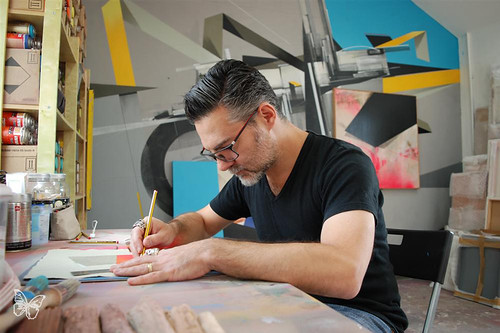 We stopped by the studio of British artist Remi Rough while he prepares for his upcoming solo show  entitled ‘Post’ at the Speerstra Gallery in Switzerland.

Since his first gallery exhibition in 1989, Remi Rough has successfully transitioned from his early graffiti style to create his own abstract geometrical language, recognisable regardless of its form, whether  large scale murals or gallery works. Opening on 12 November, the ‘Post ’ exhibition will feature nineteen new works  on paper and canvas. 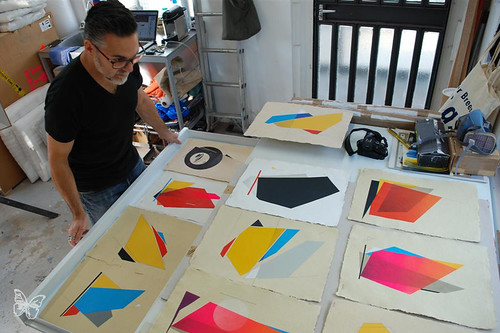 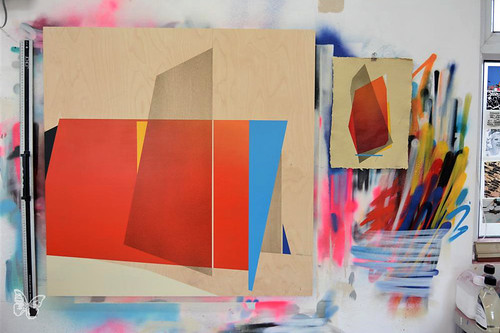 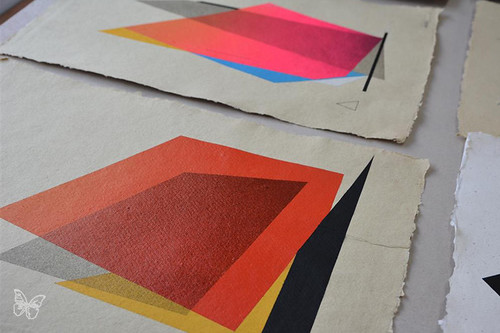 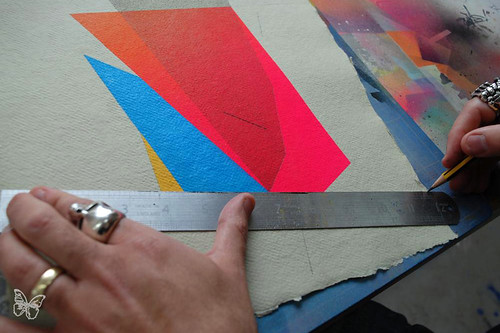 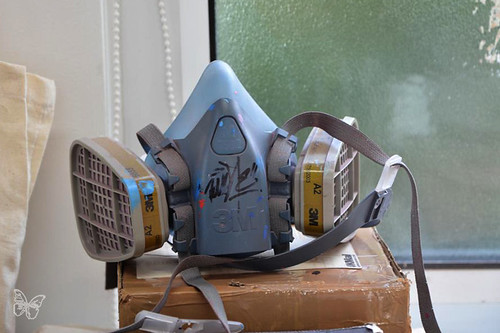 In this exhibition, Remi Rough redefines the idea of space and invites the viewer to travel into his parallel architectural universe with his layering of colourful lines and geometrical shapes, while lights and shadows give a sense of perspective and movement. Mastering abstract compositions with carefully thought balance of shapes and colours with a distinct precision of the lines. 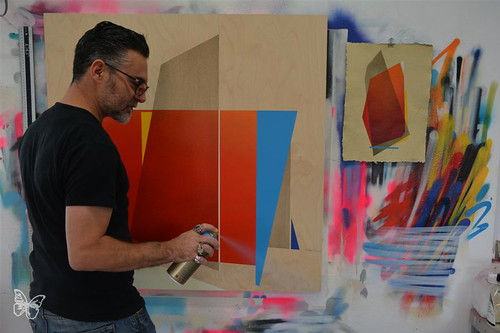 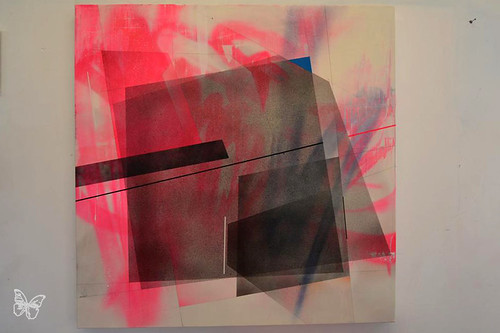 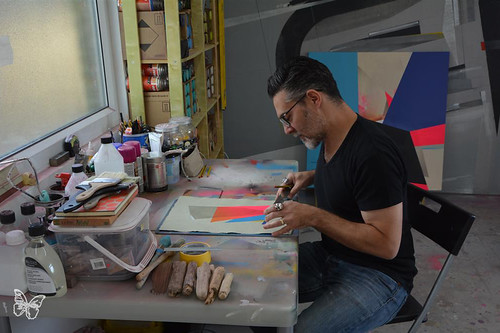 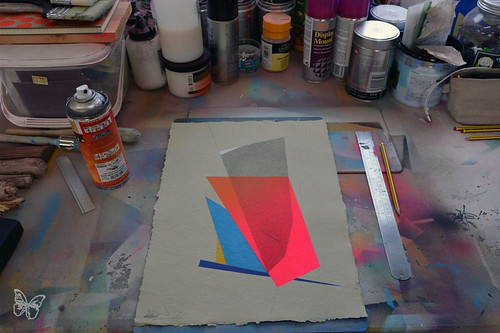 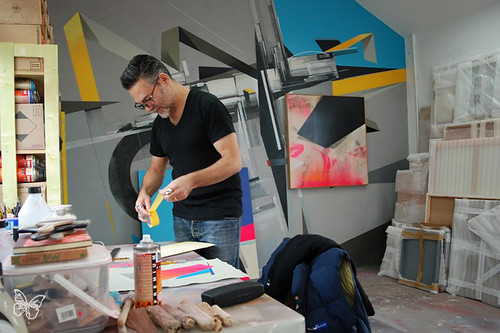 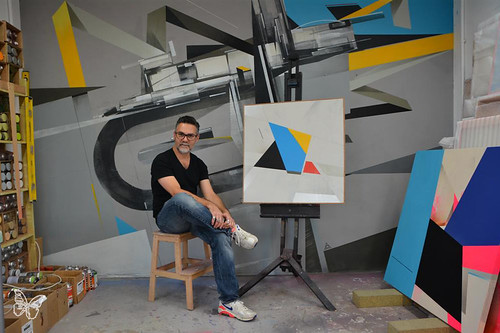 An  abundance of vibrant colours surround the studio of French graffiti artist Gris1, from his schooldesk, post-it notes, sketchbooks, drawings and paintings. Gris1 is also an expert in model trains, where he adds his unique writing touch.
The title of one of his latest paintings sums it well: “Colors make me smile”.

See the coverage on Arrested Motion.

The twin brothers Ad Deville and Droo who make up Skewville first came to prominence around 1999, when their wooden sneakers became an ubiquitous sight hanging from New York power lines. They have continued to push the boundaries of street communications. Since meeting them in London  earlier this year (see here) ,  I was fortunate enough to visit their studio hidden in a basement in Bushwick, NY as they prepared for their upcoming show entitled Anti-Social Networking at the Black Book Gallery in Denver opening on October 7th.

Ad Deville showed their entire collection of wooden flying dogs since the 2000′s, and their matching screen layers. We were then taken to a vault where even rarer dogs are stored. Skewville also shared their unique stamping techniques, leveraging everyday DIY tools.

Anti-Social Networking will be featuring a selection of works on paper, mix media, wood, metal and concrete. It will be a commentary on social networking and how street art and art in general is not about who you know or who knows you, but who knows your work. The exhibit will be arranged so the artwork is connected to represent social networking and also include a very large and gritty piece from BAST.

I caught up with D*Face in the preparation of his LA solo show.

If you going to Paris, visit Vitry-sur-Seine, or should we say C215-sur-Seine…

The city walls have been refreshed with colourful artworks by C215, showcasing images and portraits from his trips around the world as well as his daughter Nina. “I wanted to bring my travel memories back to my new hometown. People from all generations have been very supportive and local feedback has been overwelming.” mentioned Christian Guemy aka C215.

Wandering through the streets you can see an impressive and evergrowing display of works.

In the city center, you can contemplate this extremely detailed stencil of Chinatown, inspired by a picture from Logan Hicks. Show & Tell Gallery is hosting the first joint exhibition between Logan Hicks and C215 in Canada on 7th November. “Parallel Universe” will feature several collaborative works as well as pieces that are inspired by one another.

We were lucky to have a sneak pic into C215 studio before getting ready for an improvised live painting session.